Canadian Prime Minister Justin Trudeau said that Islamophobia has been fed by populism and the politics of division, adding that Canada is witnessing a rise in hatred against Muslims. 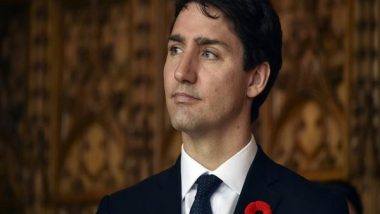 Ottawa [Canada], July 22 (ANI): Canadian Prime Minister Justin Trudeau said that Islamophobia has been fed by populism and the politics of division, adding that Canada is witnessing a rise in hatred against Muslims.

"There are politicians who have been stoking hatred and division that we as a government have been pushing back against," said Trudeau in an interview with Global News on Monday.

The Canadian government is hosting a national summit on Islamophobia on Thursday.

Canadian Parliament unanimously voted in favour of a motion calling for a national summit on Islamophobia in June, following the attack in London, Ontario, that killed four members of a Muslim family as they were out for an evening walk.

"We are seeing a rise in Islamophobia right across the country," said Trudeau in the Global News interview.

Recently, Quebec provincial government passed a bill that bars the wearing of religious symbols by some public service workers in positions of authority, including teachers and police officers while on the job.

Reacting to Quebec's Bill 21, Trudeau said that while he disagrees with the bill, it is up to the people of Quebec to challenge the legislation in court if they feel it is infringing on their rights.

"The federal government isn't the dad to the provinces. The Constitution lays out areas of jurisdiction where we are watching very closely what happens," says the Prime Minister. (ANI)