A leukaemia patient in the US has become the first woman and the third person to be cured of HIV, the virus that causes AIDS, after receiving a stem cell transplant, according to researchers. 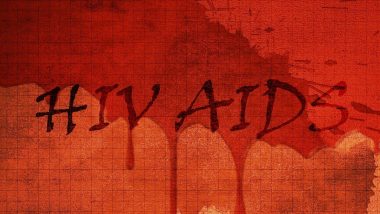 Washington, February 16: A leukaemia patient in the US has become the first woman and the third person to be cured of HIV, the virus that causes AIDS, after receiving a stem cell transplant, according to researchers.

In a presentation at Conference on Retroviruses and Opportunistic Infections (CROI) in the US on Tuesday, the researchers reported that the woman has had no detectable levels of HIV for 14 months despite cessation of antiretroviral therapy (ART).

Stem cells have the unique ability to develop into specialised cell types in the body. This is the third known case of HIV remission in an individual who received a stem cell transplant, the National Institutes of Health (NIH) said in statement. Self-Declared 'Church' Sells Bleach As 'Miracle Cure' to Heal HIV; FDA Warns People Against Consuming the Toxic Substance.

HIV remission resulting from a stem cell transplant had been previously observed in two cases. The first, a Caucasian male known as the "Berlin patient", experienced HIV remission for 12 years and was deemed cured of HIV. He died of leukemia in September 2020.

A Latino male called the "London patient" has been in HIV remission for more than 30 months. This third case suggests that cord stem cell transplantation should be considered to achieve HIV remission and cure for people living with HIV who require such a transplant for other diseases, the study team said in the statement.

The IMPAACT P1107 study began in 2015 and was designed to describe the outcomes of up to 25 participants living with HIV. The case described at the meeting involves a woman of mixed race ancestry who had been on ART for HIV infection for four years at the time of her acute myeloid leukemia diagnosis.

She achieved acute myeloid leukemia remission after chemotherapy. Prior to receiving the stem cell transplant, the participant's HIV was well-controlled but detectable. In 2017, she received a transplant of cord blood stem cells supplemented with adult donor cells from a relative.

After receiving the stem cell transplant, she engrafted with 100 per cent cord blood cells at day 100 and had no detectable HIV, the researchers said. At 37 months post-transplant, the patient ceased ART, they said.

According to the study team, no HIV was detected in the participant for 14 months except for a transient detection of trace levels of HIV DNA in the woman's blood cells at 14 weeks after stopping ART.