Get latest articles and stories on World at LatestLY. In the wake of the country's tanking economy, Pakistan Muslim League-Nawaz (PML-N) coalition refuses to take tough decisions. 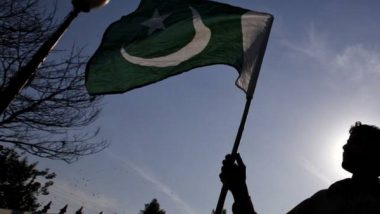 Coalition partners think that taking difficult decisions on the economic front for the short term will cost them dearly if elections are held early and therefore require guaranteed backing of the powerful military establishment to help it see through the remaining period of its tenure till August next year, Dawn reported.

Prime Minister Shehbaz Sharif's role has been reduced to an 'interlocutor' among his elder brother Nawaz Sharif, the establishment and the coalition partners -- the PPP and JUI-F in particular, especially in key decision-making to tame the surging inflation in the country.

Political spats between PTI and PML-N also continue as ousted premier Imran Khan's massive rallies have forced main players of the coalition to review strategies, according to Dawn.

Meanwhile, the PPP leadership also recently reached out to Maulana Fazl and PML-Q chief Chaudhry Shujaat Hussain for a 'piece of advice' to negotiate the economic and political challenges.

Pakistan's economy is in a bad shape is no more a revelation. (ANI)