The border standoff between the Indian and Chinese armies erupted on May 5 last year following a violent clash in the Pangong Lake area and both sides gradually enhanced their deployment by rushing in tens of thousands of soldiers as well as heavy weaponry. 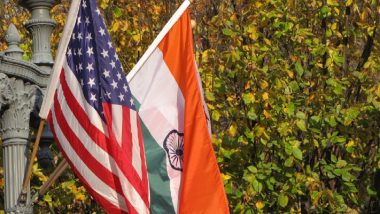 Washington, March 23: To deter Chinese challenge that poses a grave national security threat to the United States, America needs to strengthen its ties with India and encourage New Delhi to build upon its capabilities in both the defence and economic domain, top experts have told lawmakers.

"I think for us if the Indians are able to secure their territorial interests with enough capability to deter China, and to be able to operate in the Indian Ocean more effectively so that that critical part of the Indo-Pacific remains free and open, and smaller South Asian states are secure in their own sovereignty and with their interests, India can be a great partner to us," said Randall G Schriver, chairman of the Project 2049 Institute.

Schriver, who served as the Assistant Secretary of Defence for Indo-Pacific Security Affairs, said before the House Foreign Affairs Subcommittee on Asia, the Pacific, and Non-proliferation that India will probably not formalize anything in a bilateral alliance or even a multilateral grouping in a formal way. PM Narendra Modi Writes to Imran Khan on Pakistan Day 2021, Hopes For 'Cordial Relation'.

"But in terms of real cooperation, we are seeing very positive developments," he said in response to a question from Congressman Steve Chabot. Chabot along with Congressman Brad Sherman co-chairs the powerful India Caucus in the House of Representatives.

"The Indians have historically had different threat perceptions with respect to China. But in light of the Galwan Valley incident, those perceptions are likely changing somewhat," the Congressman said. "With that in mind, how should we expect India to contribute in the future to our efforts to maintain regional stability and counter Chinese aggression?” Chabot asked.

The border standoff between the Indian and Chinese armies erupted on May 5 last year following a violent clash in the Pangong Lake area and both sides gradually enhanced their deployment by rushing in tens of thousands of soldiers as well as heavy weaponry.

Subsequently, 20 Indian soldiers were killed in a fierce hand-to-hand combat on June 15 in the Galwan Valley, an incident that marked the most serious military conflicts between the two sides in over four decades. Eight months after the confrontation, China admitted that its four soldiers were killed in the fight. Schriver said that he is optimistic that America's partnership with India will grow. This is the work over several administrations, he noted.

"The Obama administration did a terrific job building the defence relationship. I'd like to think the Trump administration contributed as well. But a lot of this is it just being driven by the strategic landscape and the understanding that China has ambitions on Indian territory,” he added.

"China is a partner of Pakistan and sees that as a counter way to India to try to divert their attention to their other border. We have been able to leverage that shared understanding of the threat to really enhance our cooperation,” Schriver said.

Richard Haass, president of the Council on Foreign Relations, however cautioned against any formal alliance with India. "I think the Quad is important, but to try to formalize it, I would argue, would actually risk it. India in particular has a long tradition of strategic independence, and I believe will shy away from anything that smacks of an anti-Chinese alliance,” he told lawmakers.

Responding to another question, Haass noted that the predecessors to Chinese President Xi Jinping, most importantly Deng Xiaoping, were much more cautious in their external behaviour, and their foreign policy basically said China needs a stable periphery in order to do the social, political, and economic development at home. And it's not surprising that the best period of US-Chinese relations in the modern era was during that period, he said.

"What we now have with Xi Jinping is someone who is very different, basically is acting as if China's time has arrived, sees the US as weak and divided, and essentially on pressing every front. We see it with India. We see it in the South China Sea. We see it with Taiwan. We see it with Japan. We see China not meeting its international obligations on trade,” he said. India Abstains from Voting at UNHCR in Geneva on Sri Lanka Resolution, Says Govt Must Fulfil Its Commitment in Accordance with 13th Amendment.

"We see it not meeting its international obligations in Hong Kong. We see what they're doing vis a vis the Uyghurs. This is a very different China that basically is no longer, to use the Chinese expression, hiding and biding its time. But, China is basically saying, 'We're arrived, and we're going to act differently now'," Haass said.

The relations between the US and China are at an all-time low. The two countries are currently engaged in a bitter confrontation over various issues, including trade, Beijing's aggressive military moves in the disputed South China Sea and human rights in Hong Kong and Xinjiang region.