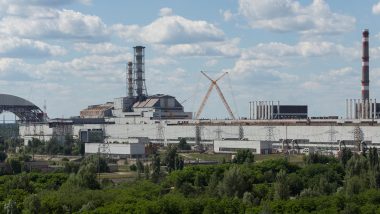 Lviv, March 13: Ukraine says it has restored a broken power line to the Chernobyl power plant, the scene of a nuclear meltdown in 1986, which is held by Russian troops.

Ukraine said Wednesday that power had been cut to the site and that there was enough diesel fuel to run on-site generators for 48 hours. The International Atomic Energy Agency played down concerns, saying it saw little risk of the pools containing the spent fuel overheating even without electricity. Belarus said Thursday it had set up an emergency power line to Chernobyl from its nearby border.