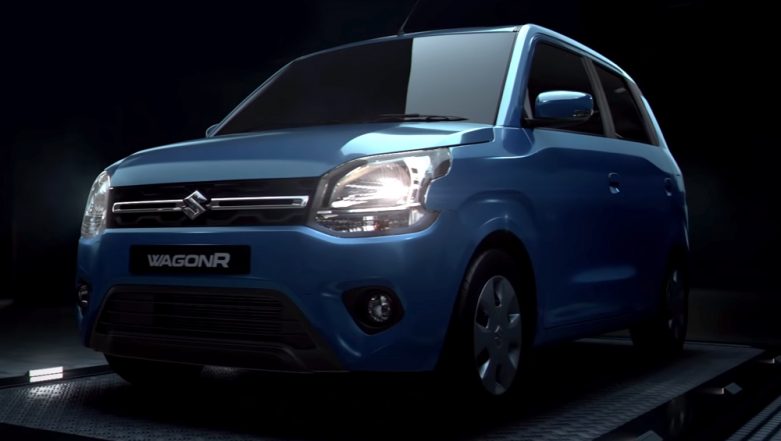 Maruti Suzuki, country’s leading auto manufacturer will be launching the new 2019 Maruti WagonR hatchback in the Indian market on January 23, 2019. Ahead of its India debut, the company has initiated the pre-bookings for the all-new model with a token amount of Rs 11,000. The interested customers can pre-book the new 2019 WagonR across all Maruti dealerships throughout the country. The new Maruti WagonR 2019 will be based on all-new platform, thus making it larger in proportions than the predecessor. New 2019 Maruti Suzuki WagonR Brochure Leaked Ahead of India Launch.

To be underpinned by fifth generation Heartect platform, the third generation Maruti WagonR will be safer and sturdier than the outgoing model. Moreover, the NVH levels on the vehicle will also be improved. Retaining tall-boy stance, the new generation WagonR will get new front with a bolder grille, larger headlamps and new vertical taillights.

Inside the cabin, the third generation WagonR will be loaded with new features such as SmartPlay touchscreen infotainment system. The hatchback is also expected to be equipped with driver airbag with ABS and EBD. Additionally, the car will also get front seatbelts reminder, speed alert system and rear parking sensors as standard across all the variants. New Tata 45X Premium Hatchback Spy Images Reveal Interior; To Rival Maruti Baleno & Hyundai Elite i20

Under the hood, the all-new hatchback will be seen in two versions for the first time ever. The small car will be seen with a 1.2-litre K-Series petrol mill along with the same 1.0-litre unit. The former will boast more power as well as enhanced fuel economy. Transmission duties on the hatchback will be taken care by a 5-speed manual as standard along with AMT unit. The company is not offering CNG option on WagonR this time around. Maruti Suzuki Recalls 5900 Units of Super Carry For Fixing Faulty Fuel Filter.