Although Manhattan investment sales in the second and third quarter declined 66 percent from the annualized 2019 comparison, the Avison Young’s Tri-State Investment Sales Group continued to market and close properties albeit under very challenging conditions. 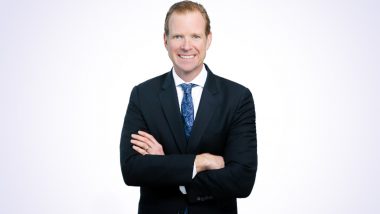 Although Manhattan investment sales in the second and third quarter declined 66 percent from the annualized 2019 comparison, the Avison Young’s Tri-State Investment Sales Group continued to market and close properties albeit under very challenging conditions.

James Nelson, Principal and Head of the Tri-State Investment Sales Group recently wrote in his white paper, “The Calm Before the Storm,” that fortunately, even though the team was able to close all the listings they had in contract during this unprecedented year, in many cases they had to give 10-15 percent discounts to get buyers to the closing table. Now that there has been enough data over the second and third quarter, it has become apparent that Manhattan sales values have dropped even more significantly when comparing to 2019.

Land has suffered the most, with a 30 percent decline, followed surprisingly by multifamily at 29 percent, and then office and retail with drops of 24 percent.

There is no doubt that business in the future will be impacted because of what we have gone through in 2020, although it is those teams and companies that innovate with the times that will ultimately lead to success moving forward.

Since March of this year, Nelson and the Tri-State Investment Sales Group have launched marketing campaigns for over 38 new listings and closed twelve sales with a total dollar volume of $853 million. How have they pushed through the chaos in the time of uncertainty? They owe their success to their digital strategy and prioritizing their clients’ interests over internal competitiveness.

“In this market, both sellers and buyers need advisors who have up to the minute sales information,” notes Nelson. “There aren’t enough sales comps in the past few months, so our clients rely on the live intel we are receiving from our active exclusive listings.”

At the beginning of the this year when lockdowns were strict and forced many into their homes to continue business, Nelson and the Tri-State Investment Sales group implemented innovative, digital marketing tactics to promote their offerings, garnering more than 50,000 unique views and impressions each month.

“Our social media and digital marketing strategies are far greater than the competition’s and we plan to expand this approach in the future in order to get our properties in front of as many investors as possible,” Nelson said.

One strategy is having Nelson visit the properties he’s marketing, shoot a 30-60 second video showcasing the unique value of each asset and posting the videos across his social media network, which includes 15,000+ followers.

Within 24 hours of posting, a single video will garner an average of 3,000 – 9,000 views organically. Once posted, Nelson’ team will re-post the videos so that they get the attention of 20 different networks and groups of people.

Starting in late 2019, Nelson also began producing and hosting his own radio show and podcast, “Real Estate Investing Live From New York” at the Voice America Network where he interviews top real estate professionals to learn about their careers, businesses and successful strategies. The radio show/podcast, which has over 100,000 downloads to date, gives Nelson and the Tri-State Investment Sales group a competitive advantage by staying top of mind with investors.

The three dozen real estate professionals that comprise the Tri-State Investment Sales group operate as one unified team under Nelson’s supervision and guidance. Since joining Avison Young in 2018, Nelson has overseen more than 50 closed deals with a total dollar volume exceeding $1 billion.

In recognition of his success, Nelson has received numerous awards. At Avison Young, he was part of the management team named to the Commercial Observer’s Power 100 and was part of the brokerage team that earned REBNY’s coveted Edward S. Gordan Memorial Award for arranging one of New York City’s most ingenious deals of the year. Previously, he was named #1 Top NYC Deal Maker by LoopNet, to Real Estate Forum’s 40 Under 40 and as REBNY’s Most Promising Commercial Salesperson of the Year Award.