Clément Cottard: The Entrepreneur Expert in Training and Visibility

Clément Cottard first invested his energy in social networks and started to stand out. Today, with Clement’s presence on Instagram, partnerships are pouring in and the young man is starting to generate revenue thanks to his influential status. 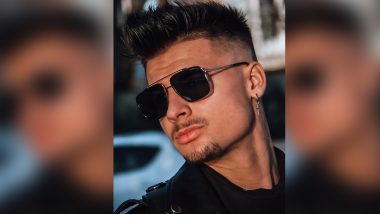 He is only 21 years old but is already an expert in the entrepreneurial sector. Indeed, for 4 years now, Clément Cottard has been immersed in the world of social networks and has also launched himself as an entrepreneur, to fulfill his lifelong dream: to become his own boss and play by his own rules. Today at the head of his own company, LIBERTY, this thirst for business flourishes through the trainings he develops, to help others to help themselves too, get out of the game.

Becoming an entrepreneur is a will that Clément Cottard has always had. It was after a rather classic school curriculum that he decided to quit, just two months before graduating from high school. A decision that may seem sudden and incomprehensible for a lot of people, but for Clément it was an obvious decision.  He, who always wanted to be his own boss, knew that he could learn elsewhere. And this choice, Clément Cottard does not regret it and today assumes it 100%, even if he had to face the numerous criticisms of his relatives. It is thanks to this awareness that he can now fully develop himself and help those who wish to leave their comfort zone.

Clément Cottard first invested his energy in social networks and started to stand out. Today, with Clement’s presence on Instagram, partnerships are pouring in and the young man is starting to generate revenue thanks to his influential status.

But in parallel to this activity, Clément Cottard is also passionate about the business world. Little by little, he is expanding his skills, investing his small savings in various courses or books geared towards entrepreneurship.

It was at the age of 19 that Clément Cottard began to provide social media trainings and realized that it was in this field that he flourished the most.

Having more and more positive feedback following his trainings, it was during the first lockdown we experienced in early 2020 that our young entrepreneur decided to retire from the world of social networks to devote himself entirely to his passion: entrepreneurial training. After several months of intense efforts, Clément Cottard opened his own school of entrepreneurship: LIBERTY.

It is through LIBERTY that Clement teaches his students the skills needed to excel as an entrepreneur. Much more than theory, Clément Cottard has learned from his experience that nothing beats practice, and goes further than what we are taught during our school and higher education.

Learning to sell for oneself and not for others, but also, learning to use digital mediatization for one's own account and boosting one's visibility, Clément Cottard is today the reference in the sector of entrepreneurial training and notoriety acquisition.