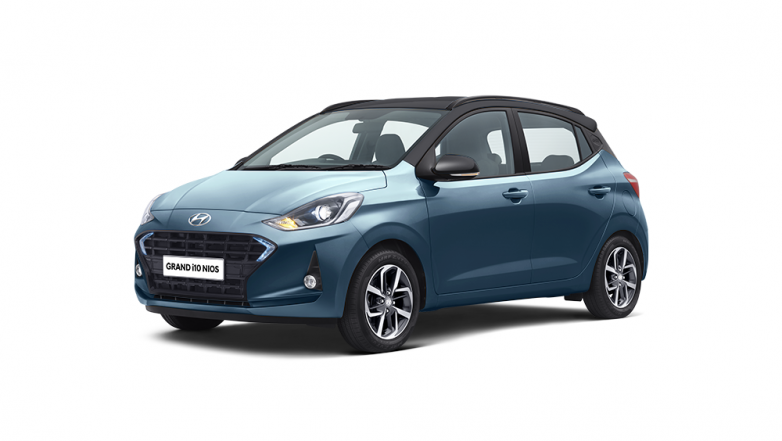 The company, which is present in the country through a wholly-owned subsidiary, has introduced the model with both petrol and diesel powertrains.The petrol variants, with manual and automated manual transmission (AMT), are priced between Rs 4.99 lakh and Rs 7.14 lakh. Maruti Suzuki XL6 Premium MPV To Be Launched in India Tomorrow; Likely To Be Priced From 8 Lakh.

Diesel trims, including manual and automatic variants are tagged between Rs 6.7 lakh and Rs 7.99 lakh. Till date, Hyundai has sold around 2.72 million units of Grand i10 across the globe.

Hyundai Motor India Ltd (HMIL) MD and CEO SS Kim said the new model is a made in India product for the global market.

"The launch of Grand i10 Nios will stand for our commitment to the Indian market and fulfil our promise of creating a happy life for our customers," he added.

The bold and vibrant hatchback, the #GRANDi10NIOS enters the market at an introductory price of INR 4.99 Lakh! Stay tuned for more updates on the #NIOSLife. https://t.co/CUDUNfxzsp pic.twitter.com/TqczXSEgHF

The company expects to sell around 7,000 units of the model to begin with. It will also continue to offer Grand i10, which currently sells over 10,000 units a month. Kim said the Grand i10 Nios will further enhance the company's portfolio in the compact segment, which accounts for over 50 per cent of the total PV sales in India at present, and help the company grow its market share, which currently stands at 19.4 per cent.

"We still believe that in the next five years the segment will be the dominant segment in Indian car market," he said adding the new offering will target millennials while the existing Grand i10 would be offered for customers in tier II and III cities, where there is still demand for affordable feature-rich compact cars.