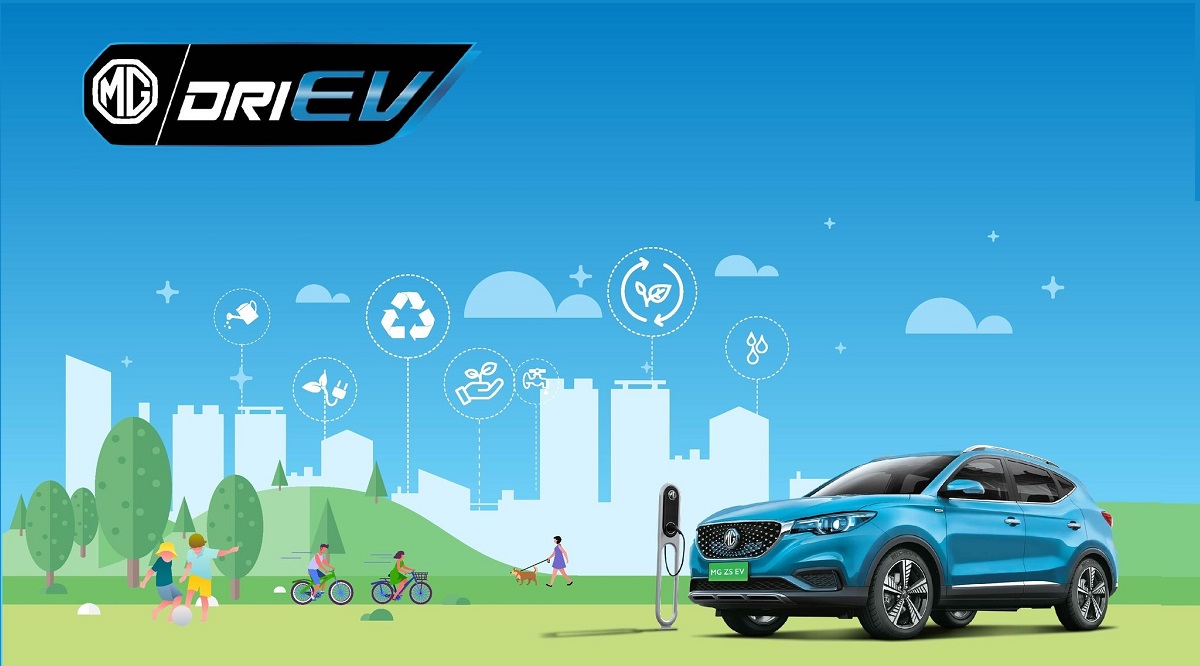 MG Motor India is all set to unveil its newest MG ZS Electric SUV for the Indian market. The new MG ZS EV will be car maker's second product in India after MG Hector. The electric SUV will be pitted against Hyundai Kona electric. Known as the eZS in the global markets, the new MG ZS EV will be introduced in five Indian cities initially, which includes Delhi, Mumbai, Ahmedabad, Bengaluru and Hyderabad. The event is scheduled to commence at 12:15 PM onwards, which will be streamed online via social media handles of MG Motor India. You can watch the live broadcast of MG ZS EV electric SUV here. MG Hector SUV Now Receiving Apple Car Play OTA Update: Report.

The upcoming MG ZS EV electric SUV will be manufactured locally, and it is likely to share its powerhouse with the UK-spec version. The electric SUV is likely to be equipped with a 44.5 kWh battery that will power a motor, which will produce 141 bhp and 353 Nm of power figures. The company claims that the lithium-ion battery can be charged up to 80 percent in just 40 minutes with a 50 kW DC charger. However, the battery can be charged in seven hours with a regular 7 kW charger. Additionally, the carmaker also confirmed that its upcoming electric SUV would also get over-the-air (OTA) updates. The electric SUV will come with a range of over 300km on a single charge.

Our heart is in electric. Only one day to go for our MG #DriEV. Don't miss our live streams at 12:15 PM.#ChangeWhatYouCanhttps://t.co/wHpeNcr7QShttps://t.co/aqFM4q9vKfhttps://t.co/CxWGuzTjT1 pic.twitter.com/GjgpZvbFei

On the feature front, the British carmaker will be equipping the ZS EV with an 8-inch touchscreen infotainment system, panoramic sunroof, inbuilt air purifier and connected car technology. The electric SUV will be launched in the country by next year, probably January or February. The company is expected to bring a fast charger along with a regular AC charging unit. MG Motor India is expected to price the new MG ZS EV electric SUV in the price bracket of Rs 22 lakh to Rs 25 lakh (ex-showroom).