Mohamed "Rated" Soliman has amassed many new fans and followers because of his role in Anubis Gaming's journey to winning the Intel Arabian Cup. Rated has always played an integral role in Anubis Gaming since he joined in 2016. It was their goal to always dominate the MENA region and win all tournaments. 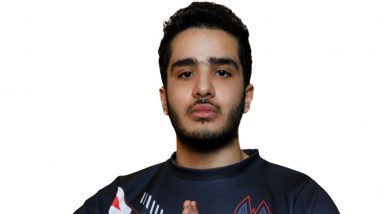 Mohamed "Rated" Soliman has amassed many new fans and followers because of his role in Anubis Gaming's journey to winning the Intel Arabian Cup. Rated has always played an integral role in Anubis Gaming since he joined in 2016. It was their goal to always dominate the MENA region and win all tournaments. As the first League of Legends team from Egypt, Rated always determined to improving at the game and winning the biggest tournaments in the region. He finally had the opportunity to shine as he helped his team pick up its first trophy in 2020, after 2 years of not winning any middle eastern title.

According to Rated, the key to success in big tournaments is building a team that can efficiently handle different situations. League of Legends throws various challenges at times when you least expect them. But you must overcome those challenges if you want to win big tournaments. It took Anubis Gaming nearly four years to win its first major trophy.

When asked about their recent success, Rated said, "Anubis Gaming saw many big names come and go over the last few years. From coaches to players, the team saw many ups and downs since its inception. But what made us stronger is the willingness to cross the line and win. It is true that we have participated in various tournaments but didn't emerge as the winner. But I think the losses taught us more. That's why the victory of the Intel Arabian Cup feels so sweet."

Here is the full list of members of the Anubis Gaming team:

Rated is not just a top-notch LoL player in this team. He is responsible for streaming the games and creating content for Anubis Gaming as well. His League of Legends' experience played a crucial role in helping his team emerge as the best team in their region.

His unparalleled skills attracted the attention of the Egyptian National eSports team. They soon contacted Rated after he led Anubis Gaming to its first tournament win in 2020. He is now one of the essential players in the Egyptian National eSports team. The Egyptian government even went on to certify Rated as a top athlete for League of Legends. The Egyptian Minister of Youth and Sports honored and celebrated Anubis Gaming's victory in an official regional championship conducted by The Arab League.

Rated was always hungry to win a major tournament. He had participated in the 2018 IeSF world championship in Taiwan but secured only fourth place. While Anubis Gaming was participating in and won various contests, they were never satisfied, and always wanted more. During that time, Rated upped his game and finally brought the team its third and fourth regional title by 2020. His contribution to Anubis Gaming made him one of the highly valuable and one of the most thought of players in the entire Middle East & North African region.