Spencer Vann: Reuniting Billions of Dollars From Foreclosed Houses to Homeowners Through SurplusFunds.com

Educating other real estate investors on how to start and grow their own surplus funds recovery business to help homeowners recover their due home sales overages. 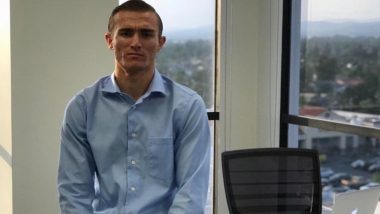 Educating other real estate investors on how to start and grow their own surplus funds recovery business to help homeowners recover their due home sales overages.

Many homeowners lose their homes to foreclosure after failing to pay their mortgages over a while depending on their contracts. Banks hold loans of foreclosed houses and take possessions of the properties until eventually auctioning or selling them at a higher price. The banks recover their initial loan amounts or the remainder of how much the homeowners owe. The overages, mostly known now as surplus funds, are held by the government or lawyers and are left unclaimed by the homeowners themselves because of the lack of knowledge about it.

Spencer Vann, co-founder, and CEO of SurplusFund.com is helping people across the country recover billions of dollars from the remainder of the sales of their foreclosed houses through surplus funds training and consultancy. The company not only introduces the idea to homeowners and schedules follow-up consultations with them, but SurplusFund.com is also providing surplus funds training to many entrepreneurs, especially real estate investors, to help them bridge claims between homeowners and banks or lawyers while earning through professional fee charges.

Spencer Vann wasn’t really into real estate in the beginning. He was a good son and a brother whose only dream was to be successful at something someday to help his parents care for his brother with special needs. Spencer Vann became a freshman athlete while studying and dreamt of becoming an NBA star. But that dream was short-lived after an unfortunate injury shattered his ankle killing his dream of becoming a successful athlete. Devastated and depressed, his mom spent more time with him sharing with him her dreams of one-day buying and owning her own home after a lifetime of renting.

Driven to help his mother buy her very first house or at least connect her with the right people, Spencer Vann started reading and learning about real estate. After closing his first wholesale real estate deal at the age of 17, Spencer Vann became more dedicated and then quickly became a full-on real estate agent in Orange County California a year later. Doing well in the industry, Spencer Vann continued reading and learning obsessively for 2 to 3 years to constantly hone his craft. One day, he came across surplus funds and described them as an untouched gem.

Spencer focused on learning more about surplus funds and eventually reached out to a potential business partner - David Church. After many attempts of connecting, David then closed a partnership with Spencer and both successful sales experts then built SurplusFund.com offering help and assistance to many individuals. Then, Spencer and David started growing their team of excellent coaches taking in new members who go through a rigorous vetting process. They even have former students who are now coached in their company.

Now, Spencer and his team are opening the eyes of more and more individuals by introducing them to surplus funds and helping them recover what needs to be claimed. But a major bulk of their efforts is geared towards helping entrepreneurs make money out of processing surplus funds for many homeowners.