In May 2020, the United Allied States announced that it would be forming a new sovereign government of its own. With the fundamental principles being freedom, respect for human life, and free-market enterprise. 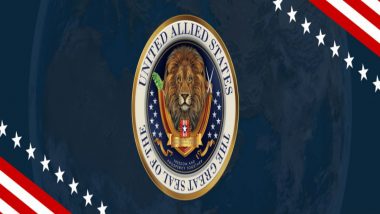 In May 2020, the United Allied States announced that it would be forming a new sovereign government of its own. With the fundamental principles being freedom, respect for human life, and free-market enterprise.

According to the congressman of UAS, Cory Cozad, they find it as a great opportunity to take lessons from our history and move on towards a united and prosperous nation.

The purpose behind the UAS:

The main aim behind the formation of such government is to make a sovereign nation of states which would offer its citizen a sense of freedom and they can prosper without depending on someone else. The UAS will make use of the practices that are known to improve the economy and helps in creating wealth. In the UAS, human life will be given the utmost value while allowing the African continent to prosper and enhance the lifestyle of its people by engaging in economic activities.

The United Allied States is developing sovereign special economic zones to exist throughout the world. With the UAS providing resources to their partner nations. By signing a treaty, the UAS and the other countries ensure that UAS offers them with resources and opportunity to invest in new business. This inspires investors to build infrastructure in areas that are traditionally considered at high risk for starting a business or building infrastructure, within the UAS alliance these areas would be developed.

Not only does this help the states and the investors, but it will also uplift the overall style of living in these states by offering job opportunities. It acts as a glimmer of hope for the countries that are suffering from economic hardships and have no budget to help out their people or even to develop the infrastructure.

UAS recently made a partnership with Apollo Fintech, which considered as a significant milestone for the project. Apollo Fintech is one of the most advanced blockchain company in the world, and it can open new areas of using blockchain technology to manage and secure sovereign territories effectively. Stephen McCullah, CEO of Apollo Fintech, says “The Apollo team is thrilled to partner with UAS and support its vision of creating the most efficient, free-market government.” He also said “This partnership will showcase the full capabilities of not only Apollo Fintech’s products but blockchain as a whole. It will show that innovative blockchain technologies can not only preserve individual liberty but also advance the civic and economic interests of citizens and businesses in a free-market system.”

UAS will be a free-market economy for the citizens and businesses as they have to pay no taxes while they continue with their business. All the government departments would be interconnected using a blockchain system. Everyone living in the UAS will be able to access the National government platform, where all kinds of government services are easily accessible. The platform will allow the residents to even access their documents all at a single platform, to ensure that the people are sovereign and they have all the freedom they need to prosper as a nation.

UAS has chosen the Apollo Fintech to implement a decentralized government system as it is one of the best blockchains exist. The UAS believes that a government institution’s mission is to serve the people and protect their rights. Therefore, a strong emphasis laid on providing individual rights and liberty to the people. Protecting their lives and give them opportunities to create wealth.

UAS will be an independent and sovereign entity; it aims to provide the most efficient form of government and help the people living in those regions to prosper. Moreover, they should be allowed to live with freedom and carry out economic activities so that they can compete with the rest of the world. Cozad says that UAS will be a place that protects human life and empowers businesses.