Zoom is seen as one as of the best companies to invest in currently, not only in the US but across the world. As many investors anticipate the listing of the tech brand on the S&P 500, its stock value and market capitalization are expected to rise even more in 2021. 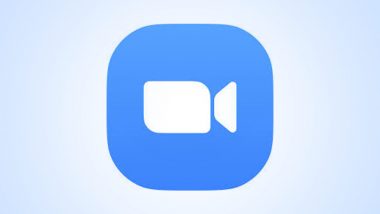 Renowned cloud-based video chatting platform provider, Zoom is expected to see a boost in the  value of its stocks ahead of anticipated listing on the S &P 500 in January 2021.

The Zoom videotelephony application developed by Zoom Video Communications provides a video  chatting service for multiple users. The free versions allow up to 100 devices at once, with a 40- minute time restriction for free accounts having meetings of three or more participants. Users have  the option to upgrade by subscribing to one of its plans, with the highest allowing up to 1,000  people concurrently, with no time restriction.

Attractive to users for its simple interface and usability regardless of technological expertise, Zoom is  available on a variety of operating systems, including Windows, macOS, iOS, Android, Chrome OS,  and Linux for both PC and mobile devices.

Zoom was launched in December 2012 instantly became a success, with the number of users  reaching 400,000 users within a month of launch, and up to 1 million by May 2013. In April 2019,  Zoom went public with a value of about $9 billion, joining the list of publicly quoted tech firms like  Facebook and amazon. Zoom raised $356.8 million in its IPO, with existing stakeholders selling  additional share and share value rising from $36 to $66 within 24 hours. But the best was yet to  come. 2020 proved to be a good year for the company while being a disaster for most across the  world.

Zoom has had a great year in 2020. While many other firms had experienced a dip in turnover due to  the downturn occasioned by the covid-19 pandemic, Zoom's number of users have skyrocketed as  more people become increasingly dependent on virtual platforms for meetings during the  lockdowns. Several companies that have shut down their central office locations are using Zoom's  services to help workers collaborate with each other. Churches have also deployed the software to  stream live online services to their congregation.

Zoom’s peak daily users rose from roughly 10 million in December 2019 to around 100 million in  April 2020. Riding on its wave of success, Zoom got listed on Nasdaq in the same month.

The tech brand’s market capitalization has now reached $50 billion and many believe it is due to be  listed on Dow Jones’ S & P index of 500 companies. The S&P 500, or simply the S&P, is a stock  market index that measures the stock performance of 500 large companies listed on stock  exchanges in the United States. It is one of the most commonly followed equity indices

Zoom is seen as one as of the best companies to invest in currently, not only in the US but across the  world. As many investors anticipate the listing of the tech brand on the S&P 500, its stock value and  market capitalization are expected to rise even more in 2021.

(The above story first appeared on LatestLY on Dec 20, 2020 04:12 PM IST. For more news and updates on politics, world, sports, entertainment and lifestyle, log on to our website latestly.com).