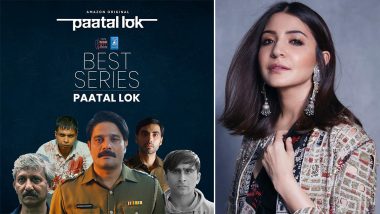 Paatal Lok (translation: Underworld) is a show that gives an insight into various forms of discrimination among religion and caste in India. Cheeni's story brings out the issues of child abuse and discrimination against transgenders. Meanwhile, the tale also gives insights into the awful state of women's safety in rural India.

Both the supporting role awards also went to Gully Boy with Amruta Subhash bagging it in the female category and Siddhant Chaturvedi getting it in the male category. Sumukhi Suresh, Pushpavalli Actress, Heads Home In An Autorickshaw After Receiving Her Filmfare Black Lady! See Pic.

Produced by Clean Slate Filmz, the series is an Indian Hindi-language crime thriller web television series that premiered on Amazon Prime Video on 15 May 2020. The story is derived from Tarun Tejpal's 2010 novel The Story of My Assassins about a discouraged cop who is tasked with investigating a high-profile case of an assassination that lands him into the dark sphere of the underworld.