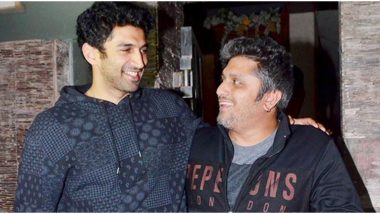 After witnessing a box office success with Malang, Aditya Roy Kapur and Mohit Suri were excited to collaborate once again or Do Villain. The movie was supposedly a remake of Sidharth Malhotra and Shraddha Kapoor's Ek Villain. The sequel however also had John Abraham in the lead role with Disha Patani and Tara Sutaria as the leading heroines. But if a recent report by Mumbai Mirror is to believe, Aditya has exited the project owing to some creative differences with Mohit Suri. Malang 2: Mohit Suri Is Ready with the First Draft of Aditya Roy Kapur Film Sequel.

Speaking about the reason for his exit, a source close to the development in his interaction with the tabloid said, "Adi was to sport multiple looks and had started working on his physique during the lockdown. But over the last month, there have been several creative disagreements between Mohit and him, following which they decided to part ways. The two used to be good friends once, but this has definitely affected the equation. Hopefully, it is temporary and Mohit Adi will reunite soon.”

While the makers haven't zeroed in on his replacement, they are looking out for a young face. There are several confrontations between the two villains and Mohit, Ekta Kapoor and other producers are looking to cast a young actor with the personality to carry off shades of grey. He will be locked in a fortnight’s time," added the same source. 7 Years Of Aashiqui 2: Director Mohit Suri Shares Behind The Scene Pictures Of Shraddha Kapoor And Aditya Roy Kapur.

The prep for Do Villain is complete and the director was planning to start a recce very soon. However, with Aditya's exit, their schedule might get delayed slightly. The film was earlier slated to release in January 2021 but owing to COVIF-19 scare,  it's unclear if they will be able to complete the movie on time and retain their original release slot.

(The above story first appeared on LatestLY on Jul 03, 2020 10:59 AM IST. For more news and updates on politics, world, sports, entertainment and lifestyle, log on to our website latestly.com).