The #18to82 campaign is a part of the Niine Movement, aimed at raising awareness about menstrual hygiene and tackling the age-old stigma against menstruation across both genders and all age groups. 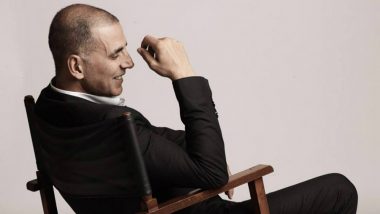 New Delhi, May 10: Even months after the release of "Pad Man", Bollywood star Akshay Kumar has continued his effort to spread awareness about menstrual hygiene. He has now lent support to a new campaign, bridging the gap between sanitary napkin users from 18 percent to 82 percent. The #18to82 campaign is a part of the Niine Movement, aimed at raising awareness about menstrual hygiene and tackling the age-old stigma against menstruation across both genders and all age groups.

Akshay, who boldly tackled the issue in Hindi film "Pad Man", took to social media to support the campaign with the message: "Only 18 percent of Indian women use sanitary napkins vs 82 percent who use unhygienic means. I support the #NIINEMovement which breaks the taboos on periods. Help bridge the gap from #18to82."

ONLY 18% of Indian women use sanitary napkins vs 82% who use unhygienic means.

I support the @Niinemovement which breaks the taboos & encourages conversations on periods.

Help bridge the gap from #18to82, register on https://t.co/qFjGx0UhEc pic.twitter.com/VODzm425Kv

The actor said in a statement: "Open and unafraid conversations on menstruation are powerful as they help to breakdown taboos... Menstrual hygiene is an urgent issue that we must resolve in India. "Together, we can ensure that every female has the right to manage her period safely and with dignity, and the Niine Movement can drive the social revolution that India needs to initiate change for an entire country. The empowerment of women is the empowerment of a nation."

The Niine Movement is conceived by social entrepreneur Amar Tulsiyan. Tulsiyan said: "We each have a responsibility to do what we can to tackle the taboos around menstruation and educate the next generation about periods in the right way. It is my hope that through the campaign, the Niine Movement becomes the spark that leads the way in bringing menstrual hygiene and dignity to every woman and girl in India."

An ambitious five-year plan committed to grass-root change, the movement will be launched at the Menstrual Awareness Conclave, to be held here on Menstrual Hygiene Awareness Day on May 28. It will convene film personalities, academics, policymakers, government officials, activists, business stalwarts, NGOs and thought-leaders, including Akshay, to discuss the impact that stigma and taboos on menstruation have had on holding girls and women back for centuries.

(The above story first appeared on LatestLY on May 10, 2018 04:26 PM IST. For more news and updates on politics, world, sports, entertainment and lifestyle, log on to our website latestly.com).