Amit Sadh Pledges To Fight For The Wages of Crew Working In Spot, Hair and Makeup Departments

On the work front, Amit Sadh was seen recently in Amazone Prime series, Breathe Into The Shadows. 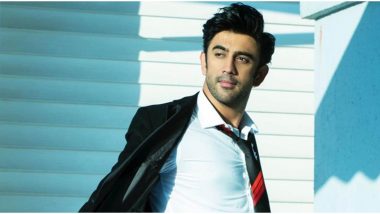 Lockdown has gotten everyone stuck at home for months now. Bollywood has been shut for months together like never before until last month. The government has allowed the shoots to continue with appropriate precautions and social distancing rules. As some of them are working from home and some going on the sets, the team includes more than just actors. Bollywood actor Amit Sadh urged the industry people to take into consideration of these helpers on the sets. Amit Sadh Reveals He Ventured into Bollywood after the TV Industry Banned Him.

In his latest tweet, the Kai Po Che actor wrote, "I know we have started to work and from home ... but guys ... big people ... please pay hair , make up , spots ...( helpers ) they need to start and revive ... !! I will be fighting fr them .. and their wages . ! Pranaam !." Indeed, it is a noble thought to start with as the rest of the crew members hold utmost importance in the film making process. Check out the tweet below.

On the work front, Amit Sadh was seen recently in Amazone Prime series, Breathe Into The Shadows. He shared the screen space with Abhishek Bachchan and Nithya Menen in the psychology thriller. His performance was lauded by the critics as well as the fans.

(The above story first appeared on LatestLY on Jul 22, 2020 11:55 PM IST. For more news and updates on politics, world, sports, entertainment and lifestyle, log on to our website latestly.com).