Amit Sadh reveals he never really planned his Bollywood debut but took the decision only after the TV industry banned him. 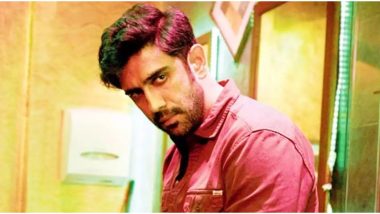 Amit Sadh is quite a popular name in B-town and he belongs to the league of actors who forayed into television before taking their big plunge to Bollywood. He's currently basking in the glory of Breathe Into the Shadows where he reprised his role of a police officer, Kabir Sawant from R Madhavan's Breathe. While a lot has been spoken about the actor and his performances are usually praised and discussed by the critics, he never really planned his film debut. In fact, a certain incident prompted him to take this much risky step. Breathe Into the Shadows Spoilers: 11 Questions That Bothered Us About Abhishek Bachchan, Nitya Menen and Amit Sadh’s Web-Series.

Sadh in his recent interaction with Bollywood Hungama revealed how he was banned from the TV industry and how that helped him foray into Bollywood. I did not leave television to go to the movies. In television, they banned me. They called each other and said, ‘Isko kaam mat do (Don’t give him work).’ Toh phir maine kaha, ‘Achcha? Nahi de rahe ho? Toh phir main picturon mein jaaunga (Then I said, ‘Oh? You won’t give me work here? Then I will do films)’," he said when asked about his transition from television to movies. Amit Sadh, Abhishek Bachchan's Breathe Into the Shadows Co-star Confirms Testing Negative for COVID-19.

Amit reveals he was brash in his early days as a TV actor and was always ready to fight. He even revealed how a TV producer once told him he has a bad reputation. Maine usko bhi bol diya, ‘Sir, galat karoge, ladunga (I told him as well, ‘If you do something wrong, I will fight)’,” he said. However, things changed. The actor was 24 then, he was probably naive but he has obviously matured with time and believes everything happened for a good reason.

From Kyu Hota Hai Pyaarrr to Breathe, we have certainly seen him evolve as an actor and as a person.

(The above story first appeared on LatestLY on Jul 15, 2020 04:56 PM IST. For more news and updates on politics, world, sports, entertainment and lifestyle, log on to our website latestly.com).