Shah Rukh Khan's birthday is fast approaching. For those who are living under the rock, here's quick info, it falls on November 2. The actor however has a strict diktat for his fans this time who are looking to gather outside Mannat on that day, 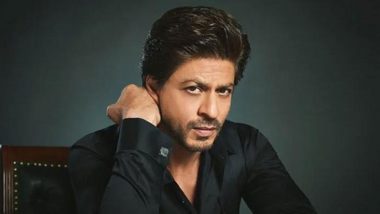 Shah Rukh Khan's birthday is upon us and his fans are of course damn excited. It's been a while since we saw this man and so, it makes Nov 2 even more important for his fans. But these aren't the usual times. Coronavirus pandemic has robbed us of many happy moments including the festivals. His fans were thus waiting for the D-day to assemble outside Mannat and wish their beloved superstar. But this time SRK isn't up for it at all. He has a recommendation which is all about maintaining social distancing. Shah Rukh Khan’s Response to Follower Who Asked Him When He’s Selling Mannat Will Win Your Heart

SRK is replying to his fans on Twitter in an Ask SRK session which is going pretty wild if you ask us. Somebody asked him what they can do on his birthday because Police isn't allowing assembly outside his house. His reco definitely wins our heart because that's what makes him a responsible citizen.

Please I recommend nobody should collect in crowds. My birthday or wherever! Iss baar ka pyaar...thodha door se yaar. https://t.co/hANNv2VU0U

SRK's birthday sees a sea of fans outside his house every year. It is almost close to a festival in itself. While people write odes on social media on how much they love him and why they love him, his fans gather outside Mannat to get a glimpse of him on a special day. Such love is hard-earned and cannot get sullied by a few vested interests!

(The above story first appeared on LatestLY on Oct 27, 2020 06:07 PM IST. For more news and updates on politics, world, sports, entertainment and lifestyle, log on to our website latestly.com).