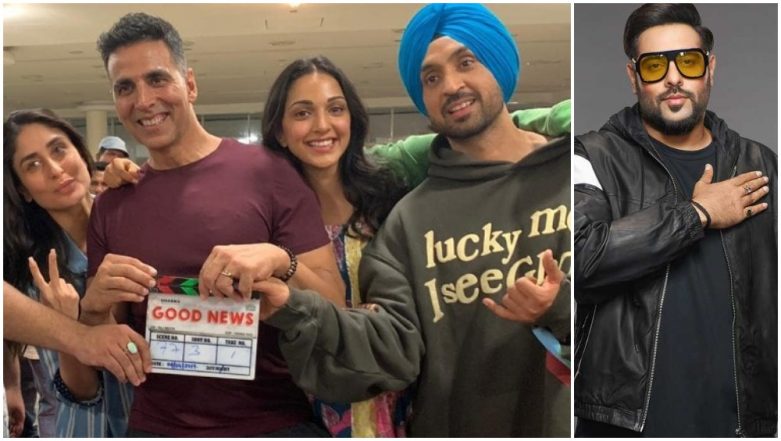 Kareena Kapoor Khan's next big release after Veere Di Wedding is Good News with Akshay Kumar, Kiara Advani and Diljit Dosanjh. While the story details of this project are kept under wraps, we know it's based on surrogacy. But what next? Well, we may have updated info on the same. Singer Badshah in his recent conversation with ZoomTV.com for Khandaani Shafakhana revealed the project is about a couple who is unable to conceive a child. Sounds interesting, eh? Khandaani Shafakhana New Trailer: Sonakshi Sinha's Character Urges People to Openly Talk About Sex, Badshah Brings Comic Relief (Watch Video).

Diljit and Kiara play a couple who are trying hard to conceive a child and Bebo and Akshay's role details aren't out yet. The couple finally resorts to surrogacy and that's how they welcome a 'good news' in their family. The movie is slated to release on December 27, 2019, after Brahmastra starring Alia Bhatt and Ranbir Kapoor was postponed to 2020. Kareena Kapoor Khan’s Baby Bump Pictures for Good News Will Remind You of Her Maternity Days.

Now how did Badshah reveal the movie's storyline? Well, that's 'cos he was earlier approached for the same. The rapper was offered Diljit's role but he rejected vehemently. And it was only after he rejected that Diljit was offered the same and he willingly came on board. Meanwhile, Badshah is all set to mark his Bollywood debut with Sonakshi Sinha's Khandaani Shafakhana.