Sonam Kapoor's film fails to make an impact at the box office in the opening weekend. 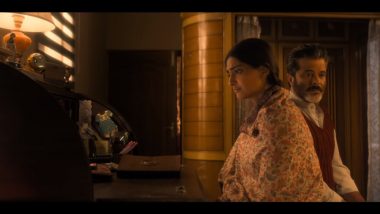 Further, a report in Boxofficeindia.com stated, "The film opened poorly and did not grow as it should at the high-end multiplexes on Saturday which were the only theaters it had a chance in.  The collections on Sunday were pretty much flat as families were never going to be interested in this sort of content even though from one angle you can call it a family film."

While on one hand, Sonam's film is clearly struggling at the box office, on the other hand, Vicky Kaushal's Uri: The Surgical Strike is unstoppable at the ticket windows. The military drama is faring so well that it has now smashed the record of Baahubali 2: The Conclusion by earning more on day 23 and day 24 than the South biggie. Uri - The Surgical Strike Box Office Collection Day 24: Vicky Kaushal's Film Beats Baahubali 2 Record and Creates History, Rakes in Rs 189.76 Crore.

(The above story first appeared on LatestLY on Feb 04, 2019 02:30 PM IST. For more news and updates on politics, world, sports, entertainment and lifestyle, log on to our website latestly.com).