Farah Khan has done many cameos in her long career in the industry. Karan Johar got her to do two scenes in two distinct timelines in a movie that isn't even a time travel story. Yes, we are talking about Kuch Kuch Hota Hai. But our favourite she playing herself in Khichdi The Movie. On her birthday, we thought of revisiting these delightful cameos by the director. 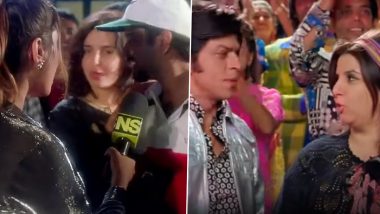 Farah Khan is a woman director who made her mark, making commercial movies with the biggest superstars, something that Bollywood is only seen male filmmakers do. In fact, in a few instances, she did a far better job than her male contemporaries in the same potboiler genre. It's traditionally seen that women filmmakers mostly like to direct hard-hitting, intense and brainy movies. They like to stay away from the highly male-dominated genre of big-budget mainstream movies with popcorn content. But Farah aced it like a boss! Farah Khan’s Twitter Account Hacked, Filmmaker Warns Followers To Be Vigilant (View Post)

One of the rarest and most incredible facets of Farah Khan movies is the woman respects and credits every member of her crew. And it's not just their names that appear in the end credits but they face the camera as well. One other thing about her is the lady who is an ace behind the camera is a rockstar in front of it too. On her birthday today, let's talk about some of her amazing cameos in movies we just love to watch.

Remember the annoying The Neelam Show? Of course, you remember Nikhil Advani calling Farah Khan his girlfriend in that show. Well, that's not the only place you saw her. She was also one of the many college students who laughed at Anjali when she tried to dress up like Tina.

Neelam's best onscreen moment is hosting the Neelam show in Kuch Kuch Hota Hai. Such a cool show. Nikhil Advani breaking up with his gf to go around with Farah Khan. https://t.co/CTEli5xSMr pic.twitter.com/5XjwD0xXdu

Farah and Shah Rukh Khan in this can be seen being the audience at Rishi Kapoor's Om Shanti Om song shoot for Karz. Even Subhash Ghai makes an appearance here. SRK and her bickering here seems so cool!

Riteish Deshmukh plays Farah Khan's assistant here and so, she is seen often in this film. The strict filmmaker vibes seem so real!

This is easily the best Farah Khan cameo ever. The actress is fantastic in comedy scenes with perfect timing.

Farah recently did a fantastic cameo as herself in Netflix's Masaba Masaba and we have to say we loved it. 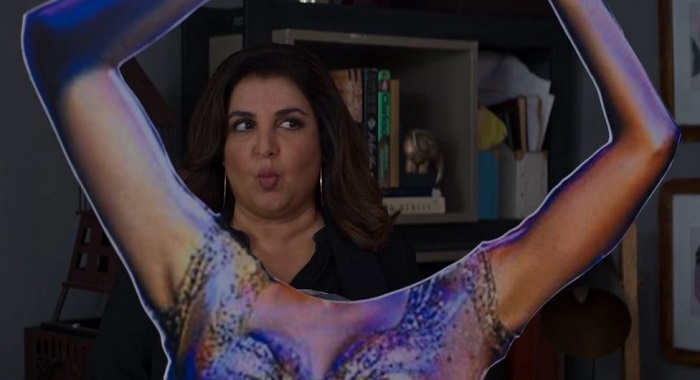 Farah has given us two of the biggest blockbusters of Shah Rukh Khan's careers. Her movies make many smile and when she appears in a few of them, she makes everyone love her within seconds.

(The above story first appeared on LatestLY on Jan 09, 2021 08:40 AM IST. For more news and updates on politics, world, sports, entertainment and lifestyle, log on to our website latestly.com).