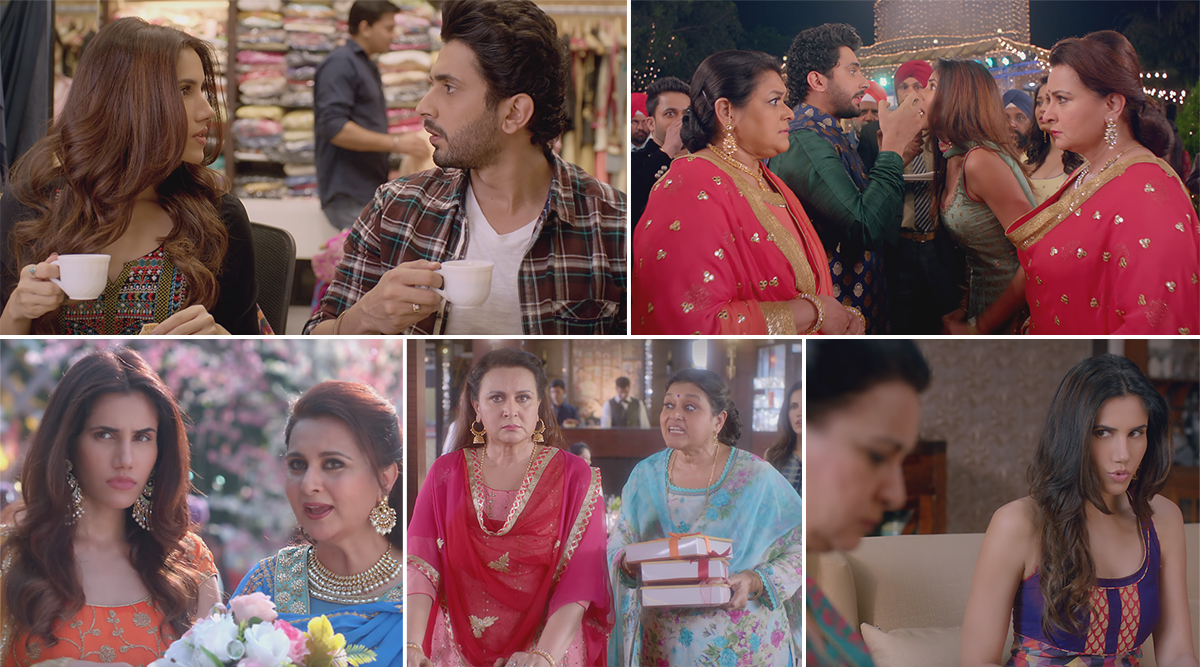 After unveiling a quirky poster of the film, the makers of Jai Mummy Di dropped the trailer of the same online and going by the feels of it, we are impressed. After gaining popularity by portraying a bald man in his last film, Ujda Chaman, fans will get to see Sunny Singh in quite a different avatar in this comedy tale. Sonnalli Seygall will be seen playing the role of the lead actress here. The 2.55-minute trailer highlights the fun-filled journey of two lovebirds who have kept their pyaar a secret affair from their families. Sonnalli Seygall and Sunny Singh Starrer ‘Jai Mummy Di’ to Release on January 17, 2020.

The trailer starts with the moms (Supriya Pathak and Poonam Dhillon) of the protagonists blaming each other for copying the salwar-suit design. But the twist in the tale is that while their mothers are enemies, their children (the leads) are lovers. With an aim to respect their maas and avoid chaos in life, Sunny and Sonnalli hide their love story from them. Later, the trailer takes many turns which is full of suspense and fun. So will Sunny and Sonnalli's mothers agree on their marriage or will the leads just play peek-a-boo forever? The answer to this lies in the film, which is set to hit the movie screens on 17 January, 2020.

Check Out The Trailer Of jai Mummy Di Here:

Helmed and written by Navjot Gulati Jai Mummy Di looks promising. The film is produced by Luv Films’ Ranjan and Ankur Garg. Also, this is not the first time Sunny and Sonnalli are working together as the two have earlier starred together in Luv Ranjan directed Pyaar Ka Punchnama 2. Stay tuned!