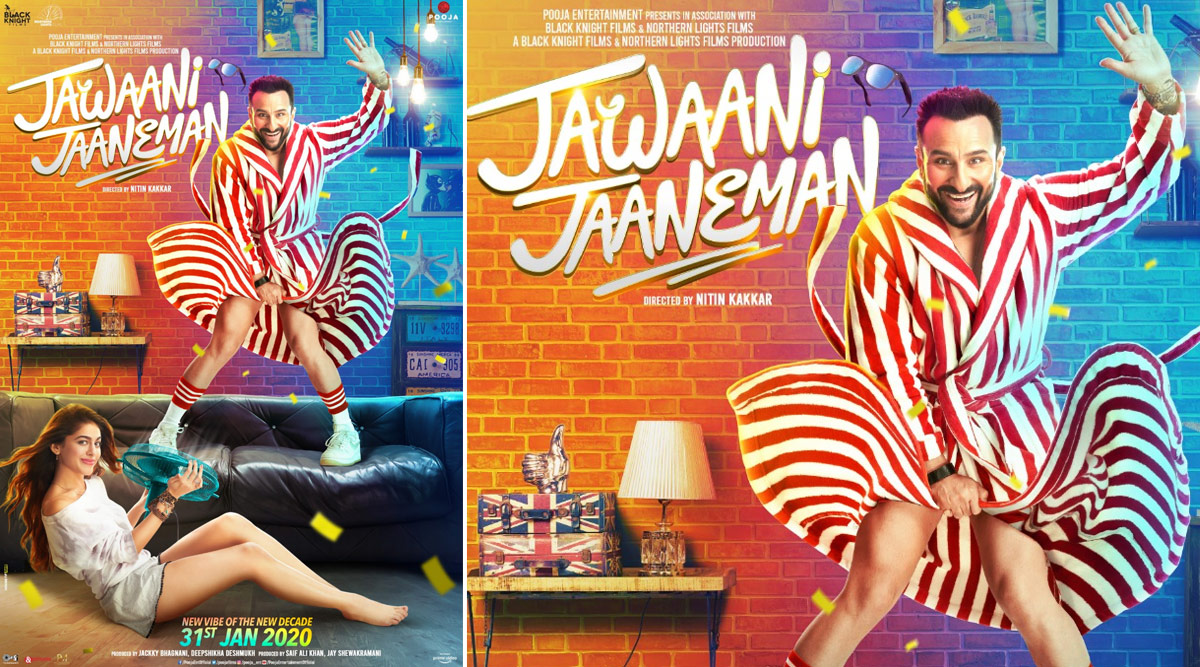 Saif Ali Khan sure seems to be on a roll what with two big releases lined up for him in the same month. The actor is all set to kick off the new year with the release of Tanhaji: The Unsung Warrior, a period drama that stars him as the antagonist. Not long after its release, Saif will be seen in a rather opposite character, that of a player in Jawaani Jaaneman. After we saw a teaser of the film, the trailer is all set to release this week and hence the makers have now dropped a new poster ahead of its release. The poster features Saif along with debutante Alaya F. Jawaani Jaaneman Teaser: Saif Ali Khan's Womaniser Who Refuses to Grow Up is a Step Ahead of His Cocktail Character (Watch Video).

The quirky new poster shows him pulling a Marilyn Monroe pose in a bathrobe whereas Alaya is seen holding a fan. The debutante looks pretty and we can't wait to see the trailer soon, to get a glimpse of her act in the film. The film also stars Tabu in a lead role. In the teaser that was unveiled a few days ago, we saw Saif’s playboy character. It also gave us a glimpse of the recreated version of the actor’s popular song "Ole Ole" which will get a new lease of life in this film. Jawaani Jaaneman: Saif Ali Khan, Tabu and Alia F Starrer Gets a New Release Date, Makers Release a New Teaser Poster (See Pic).

Jawaani Jaaneman's release date got preponed recently and now the Nitin Kakkar directorial will hit the screens on January 31. The film's trailer is all set to release on January 9. How excited are you to catch the trailer of this quirky film?