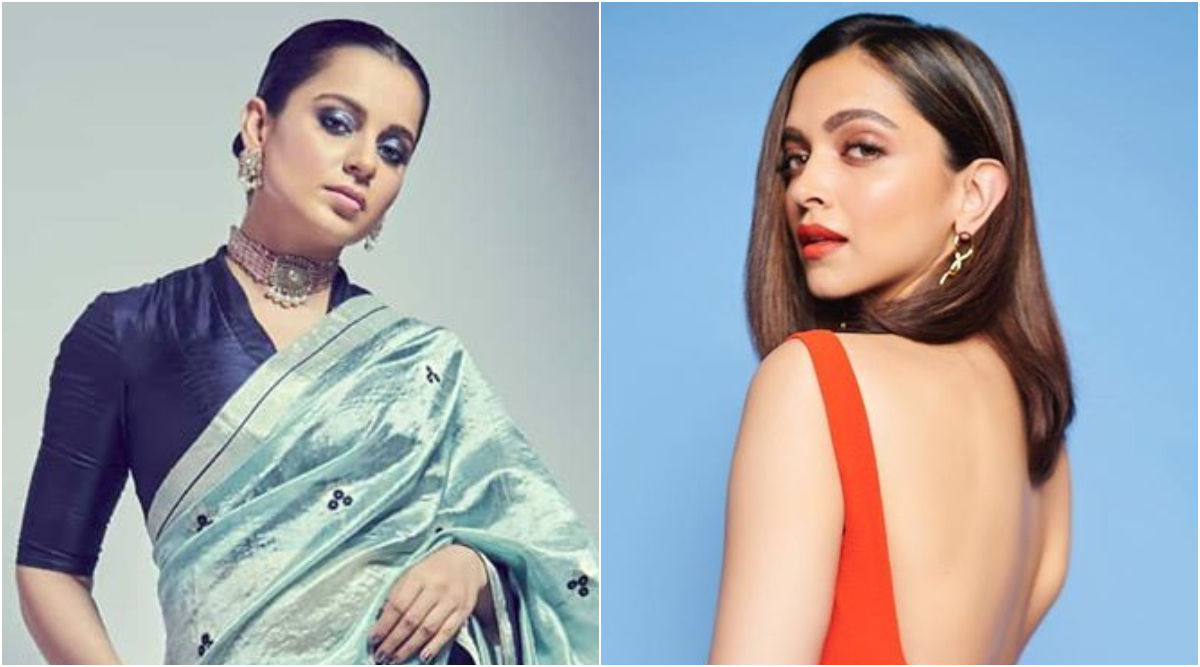 Deepika Padukone starrer Chhapaak, which tells the gruesome as well as an inspirational tale of Malti; an acid attack survivor has not been able to churn moolah at the box office. Despite the actress being appreciated for her performance, the film is showing no signs of growth in terms of collection. It was Deepika's JNU visit which garnered negative publicity for the movie and this can one of the major reasons it's struggling to even touch Rs 50 crore mark at the ticket window. And so in order to keep the buzz around the film intact, DP in collab with a makeup artist created a Tik Tok video wherein she challenged the artist to recreate three of her best film looks, which also included Chhapaak's Malti look. Well, this particular marketing gimmick by Padukone received a lots of backlash online and now even Kangana Ranaut has expressed her distaste on the same. Kangana Ranaut Promotes Deepika Padukone's Chhapaak With This Emotional Video.

In an interview with India Today, Kangana got candid and said that her sister was hurt after watching the video. “Rangoli is an acid attack survivor and she was very hurt seeing the video. Sometimes, marketing teams tend to go overboard with their promotions, and I am sure Deepika must be having some explanation for this,” said Kangana. “The people who are hurt like my sister should be apologised to. This is not a make-up look and nobody should try and achieve it. That kind of insensitivity should be apologised for and there is no harm in doing that because we all make mistakes,” she added. Chhapaak Box Office Collection Day 7: Deepika Padukone's Film Continues To Drown, Earns Rs 28.38 Crore.

Check Out Deepika's Video Below:

And just when we thought that @deepikapadukone couldn’t mock Lakshmi anymore through her PR stunts in JNU she comes up with tick tok challenge on acid attack victims. Gross. pic.twitter.com/077Uz7hcEg

In the video above, we see Padukone throwing a challenge at make-up artiste Faby and asks her to recreate three favourite looks from any of her films. Faby chooses Shantipriya's look from Om Shanti Om (2007) and Piku's (2015) look. However, the artist's attempt to recreate the Chhapaak look, in which Padukone plays Malti was heavily slammed on social media. So, what's your take on the same, did Deepika went overboard? And is Kangana right here? Let us know your thoughts in the comments section below. Stay tuned!