Kareena Kapoor Khan Kickstarts the Second Season of Her Radio Show ‘What Women Want’ With None Other Than Her Man, Saif Ali Khan (View Pic) 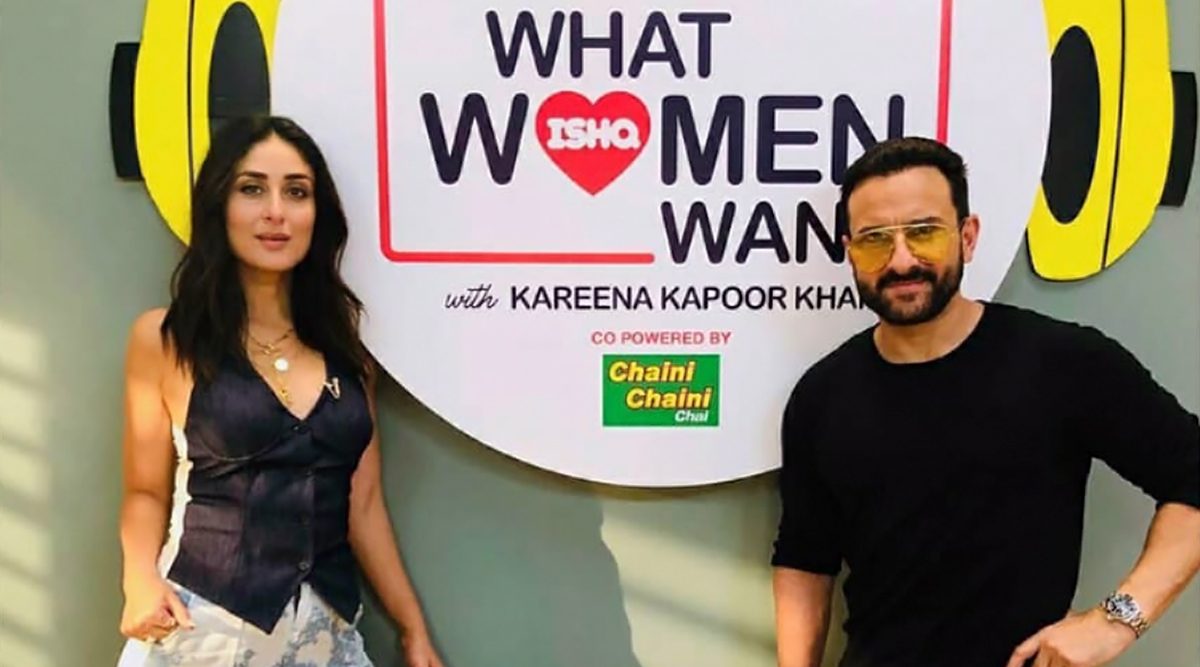 Kareena Kapoor Khan is on a roll. After signing a decent number of new projects, the actress is back with the second season of her radio show, 'What Women Want'. In her first season, the actress invited some of her close friends like Malaika Arora and Swara Bhasker to discuss women related issues and also some of the prominent female social workers who are doing a hell of a job in their respective field. However, her second season will be a lot special considering she invited her man to be the first guest on it. Kareena Kapoor Khan on Dance India Dance 7: Here's a Complete List of Designers She Picked for her Stunning Appearances on this Reality Show (View Pics).

Kareena was clicked with Saif Ali Khan while shooting for the first episode of her new season. Bebo looked stunning in her stone-washed pants paired with a denim waistcoat but it was her subtle makeup that wooed our hearts. With her rosy cheeks, pink lips, brown lids and wavy hair, she clearly set the fashion ball rolling...like always. While we are glad to see her come up with the second season of her radio show, we are equally thrilled for it will give us ample opportunities to see her fashion appearances every week. Bigg Boss 13: From Kareena Kapoor Khan to Mouni Roy, Celebs Expected to Grace Salman Khan's Show this Season.

Kareena Kapoor Khan's show was quite popular with the females and Vidya Balan was quick to follow her suit. After judging a dance reality show and a registering a radio show under her kitty, we wonder if there's anything left on her part to try. Meanwhile, the actress recently wrapped the shooting of Irrfan Khan's Angrezi Medium and will start working on Takht and Laal Singh Chadha next year. She also has Good Newwz with Akshay Kumar that will hit the screens this December.