While this list ends here, do know it has been a tough time picking one song over the other. Katrina Kaif does boast of featuring in several memorable hits. Loved all of them. Love Katrina Kaif! 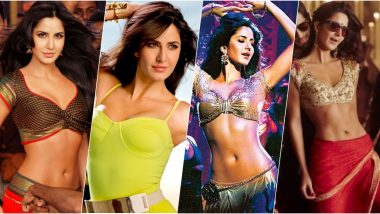 Katrina Kaif Sexy Images & HD Wallpapers From Bollywood Dance Song Videos for Download Online: Katrina Kaif is one of the biggest stars of the Indian film Industry. Making her Bollywood debut in 2003 with rather a forgettable movie Boom, Kat steadily rose to become one of the bankable actresses of her time. The journey was no bed of roses for the Hong Kong-born Bollywood' outsider' whose first language was not even Hindi. But Katrina made sure to woo audiences with her charming personality, while polishing her acting chops consistently. Another way the Tiger Zinda Hai actress became fans' favourite was her incredible dancing prowess. Happy Birthday, Katrina Kaif! Hot Bikini Pics of the Gorgeous Beauty That Will Make You Fall in Love with Her All Over Again.

In her 13-year-old long career so far, Katrina Kaif has many musical hits that established her as a dancing star. "Sheila Ki Jawani" from Tees Maar Khan, "Kala Chashma" from Baar Baar Dekho, "Chikni Chameli" from Agneepath, "Dhoom Machale Dhoom" from Dhoom 3, Bang Bang title track are some of the many, many dance songs of Katrina Kaif. You may or may not be a Bollywood fan, but you cannot help grooving to Katrina Kaif's dancer numbers. In fact, her glam look from the songs is broken down and analysed by fashion lovers. Even search engine platforms are flooded with keywords such as Katrina Kaif songs, Katrina Kaif dance videos, Katrina Kaif item songs, Katrina Kaif images download, Katrina Kaif HD wallpapers, and so on. Fans just cannot have enough of this beautiful soul.

"Kala Chashma" from Baar Baar Dekho is a peppy dance number that is a must-play at every desi wedding. Katrina Kaif makes a dashing entry as a decked-up bride with her dulha, Sidharth Malhotra. And continues to slay in a half-saree and swag wala chasma. The 2018 song is sung by Badshah, Neha Kakkar and Amar Arshi. 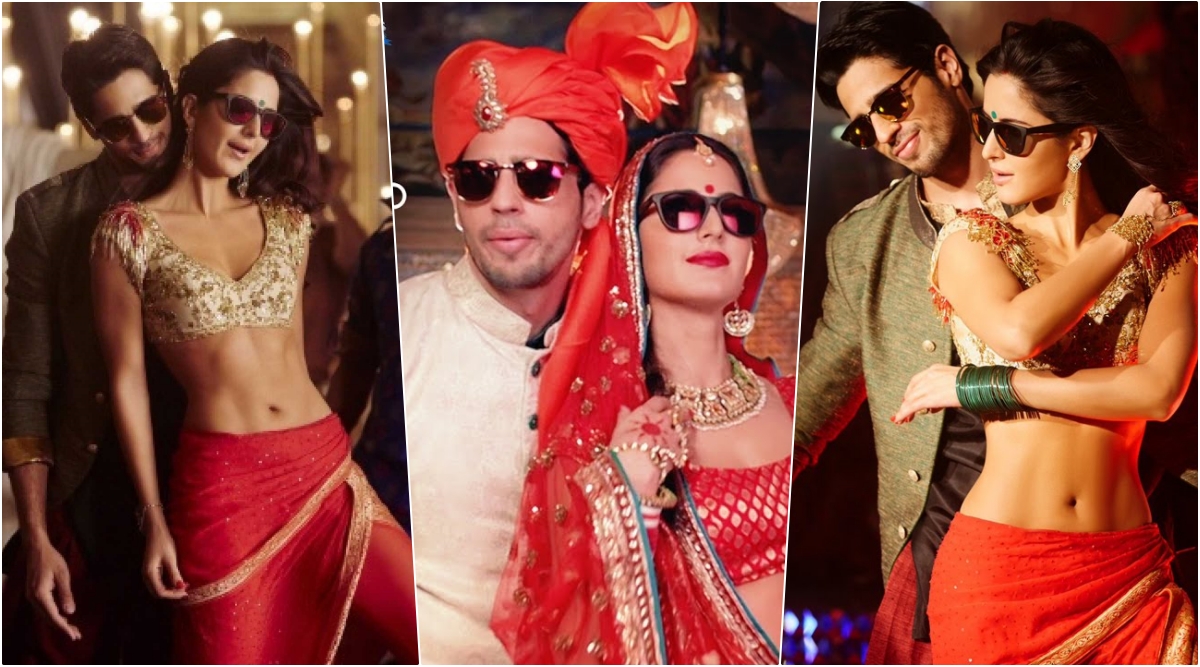 That body is goals! Her washboard abs game is so strong, and we cannot help shouting "Queen". This song is the sole reason why 2010 Tees Maar Khan's existence is not questioned by us. From being draped in a white satin sheet to rocking an oversized white shirt with sparkling cycling shorts before it was cool, Kat was phenomenal. "Sheila Ki Jawani" was sung by Sunidhi Chauhan and Vishal Dadlani. 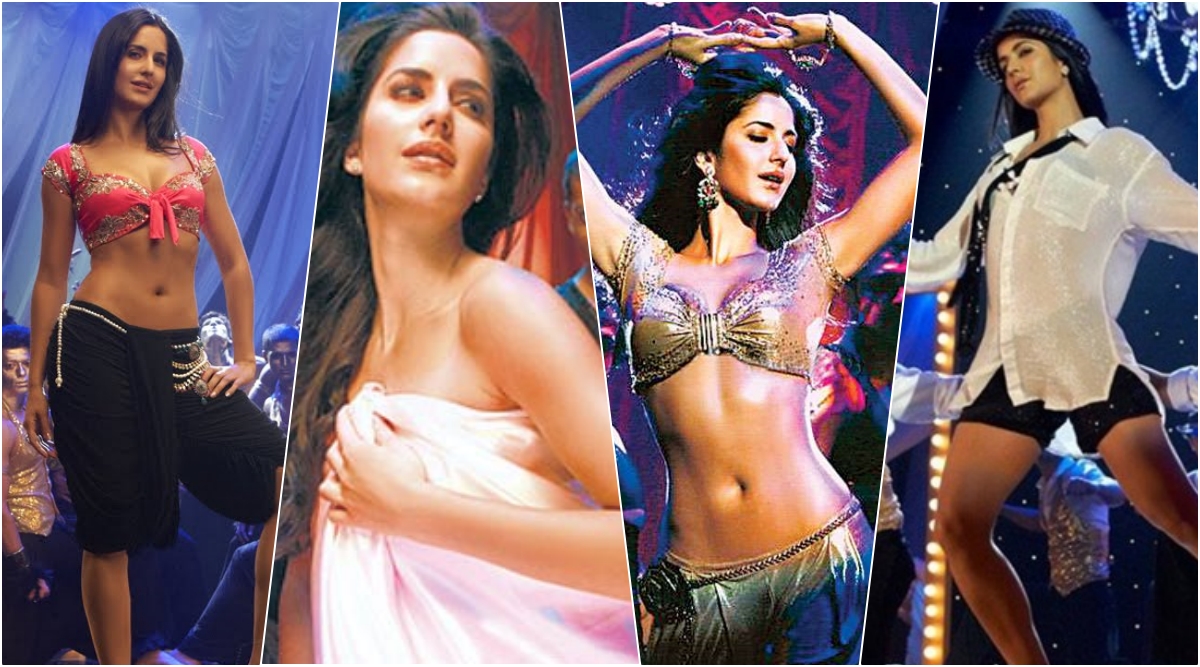 It was outright an item number for Katrina (Priyanka Chopra was the female lead) in Agneepath, and she did a brilliant job as Chikni Chameli. Katrina danced her way into our hearts as a desi sexy bombshell. While some portion of the lyrics and choreography might seem problematic (and rightly, so), but Katrina's act did not fall short. 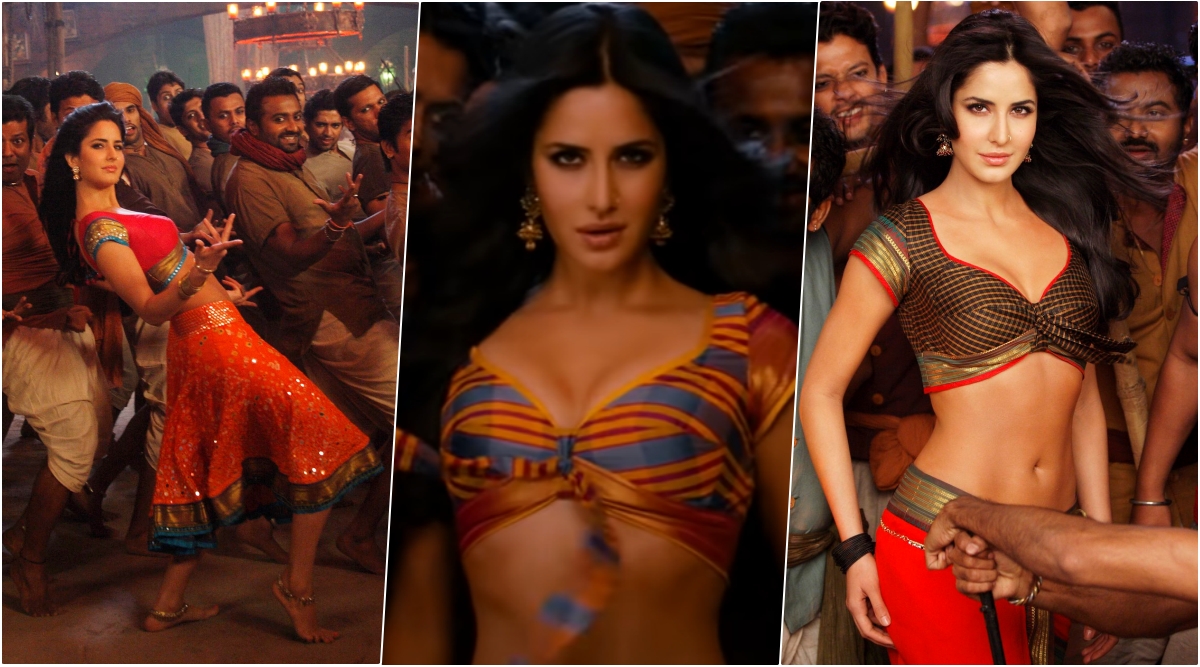 "Ishq Shava" from Jab Tak Hai Jaan is one dope dance number. Katrina and Shah Rukh Khan along with scores of talented dancers at grooving on Shilpa Rao and Raghav's number at a barge on the River Thames. The gorgeous frame completes with the Tower Bridge in the background. Kat and SRK put the screen on fire with their sexy dance moves and sexier chemistry. 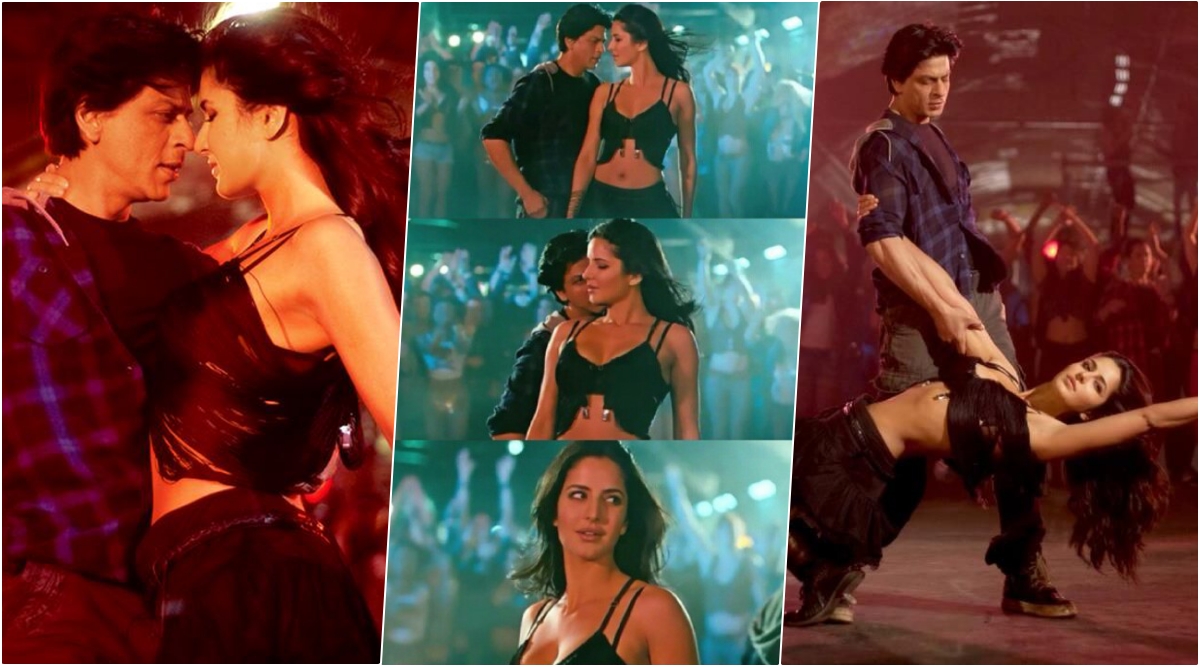 If Katrina put the screen on fire with SRK, she definitely got everyone saying "Mashallah" pairing up with Salman Khan. This special dance number from Kabir Khan's 2012 film, Ek Tha Tiger remains close to every Salman-Kat fan's heart. 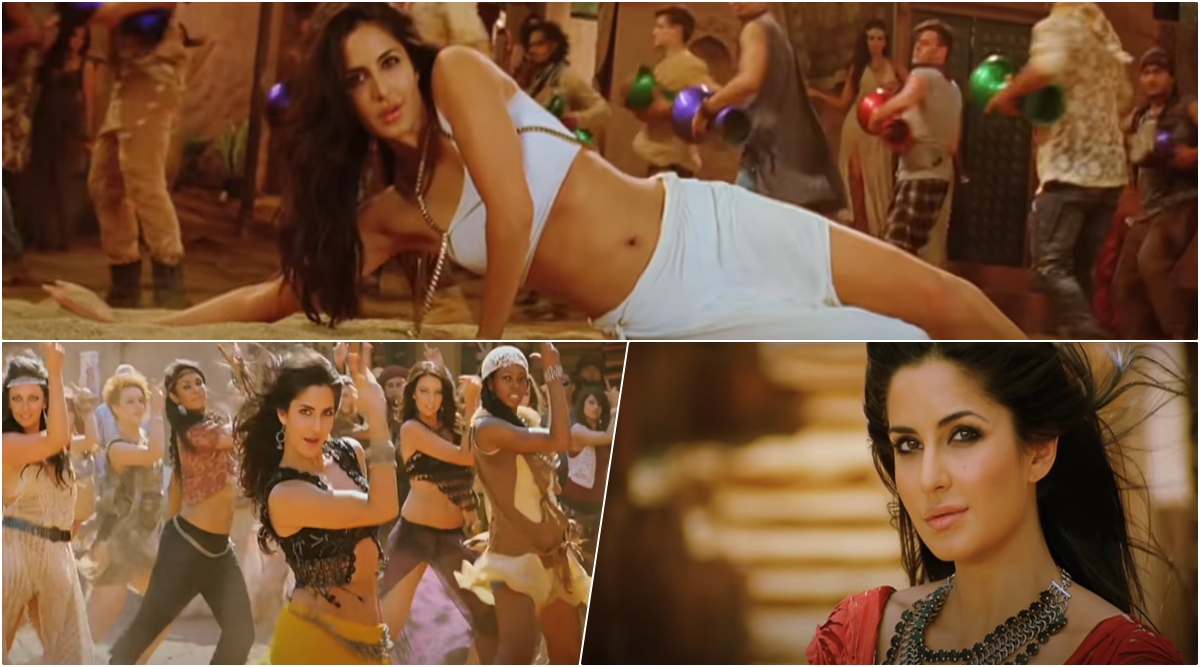 Not a glimpse of her famous abs, but it makes no difference to the outcome of the song. Pritam's musical present and Kat's badass avatar is a delight to watch. Kat lets her smoky eyes do the talking and oh, boy, they communicated damn well. 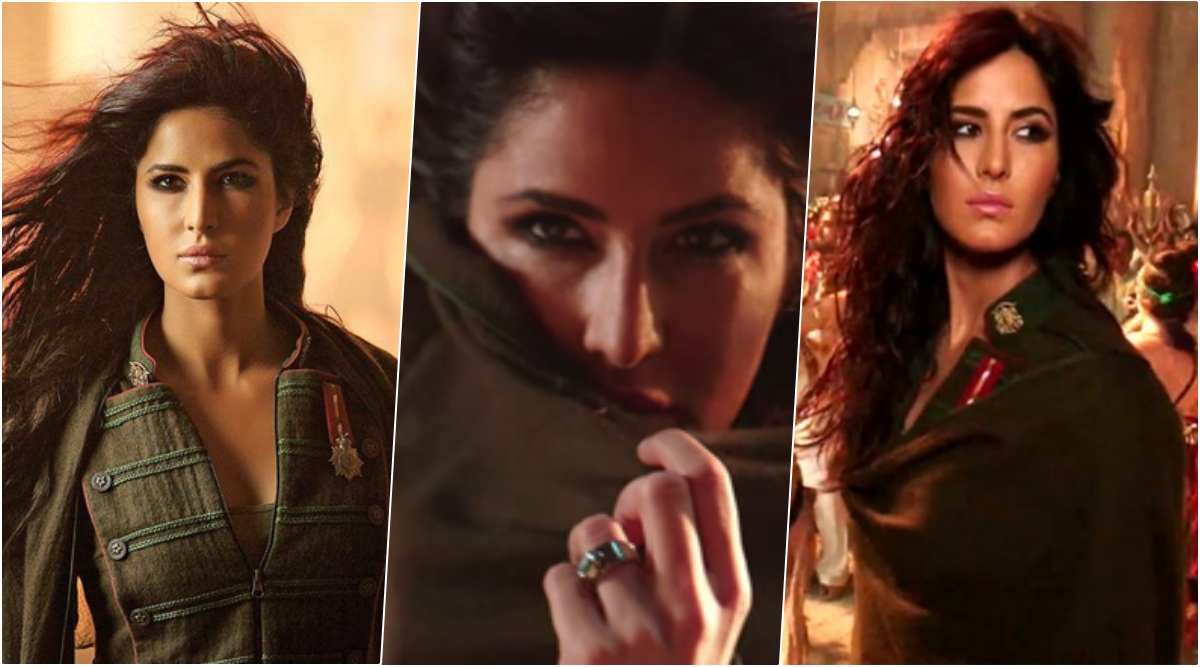 While Tata Young's "Dhoom Machale" remains my favourite, I cannot deny how much I enjoyed watching Katrina own up the screen. As if her crazy dance moves were not enough, the song features Kat's sexy-as-hell outfits, shiny blow dry hair and on fleek makeup to woo me over completely. 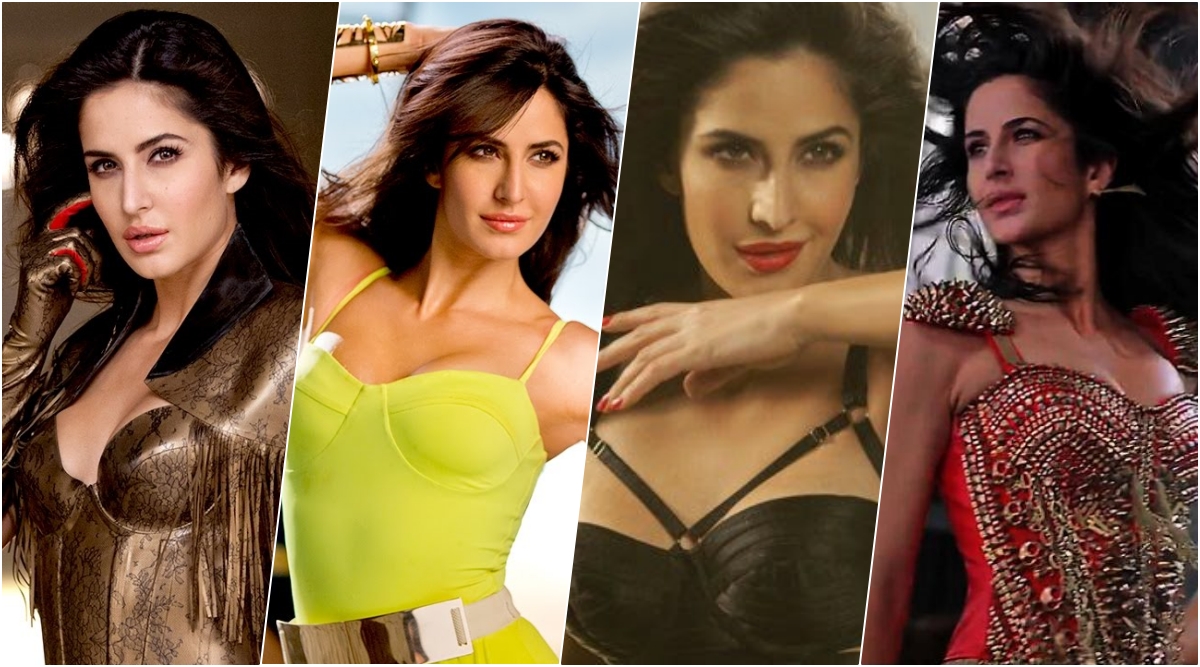 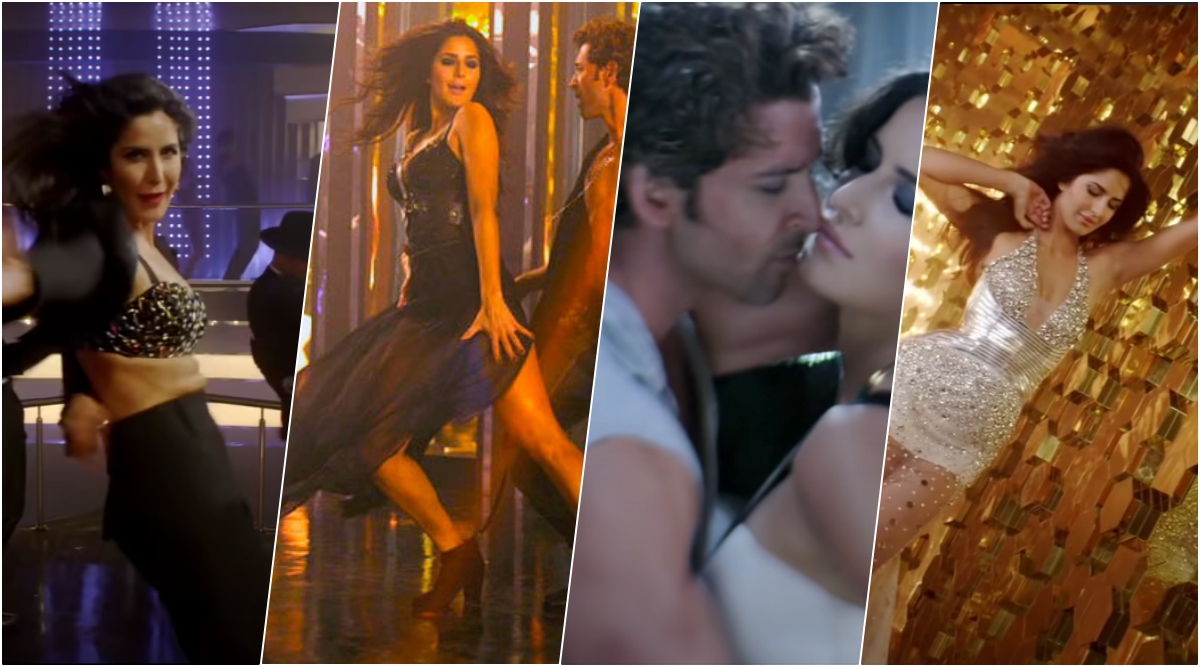 While this list ends here, do know it has been a tough time picking one song over the other. Kat does boast of featuring in several memorable hits. Some of my other favourites that almost made to this dance songs' list were "Husn Parcham" from Zero, "Aithey Aa" from Bharat, "Dhunki" from Mere Brother Ki Dulhan, "Nachde Ne Saare" from Baar Baar Dekho and "Zara Zara Touch Me" from Race. Loved all of them. Love Katrina Kaif!

(The above story first appeared on LatestLY on Jul 15, 2020 09:21 PM IST. For more news and updates on politics, world, sports, entertainment and lifestyle, log on to our website latestly.com).