Pink Gulaabi Sky Song from The Sky Is Pink: Priyanka Chopra and Farhan Akhtar's Family Dance on this Peppy Track Looks so Much Fun (Watch Video) 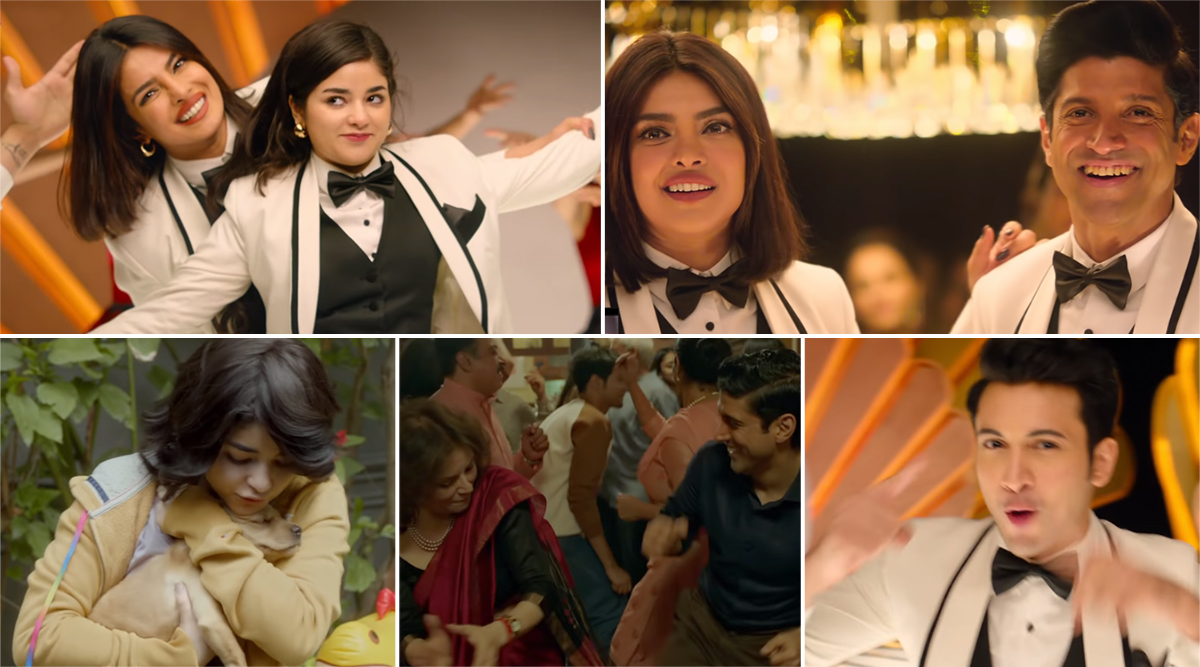 Yes, The Sky is Pink even has a title track and it's so much fun. Now you would expect the makers of this movie with an unusual title to ditch the thought about having a title track but hey, nothing is impossible. Pink Gulaabi Sky song from Priyanka Chopra and Farhan Akhtar's next release is out and we must say, it was an instant favourite for us. The catchy song that sees PeeCee and Farhan grooving with their on-screen kids, Zaira Wasim and Rohit Saraf may compel you to put on your dancing shoes. Yo or Hell No? Priyanka Chopra in Custom Made Lela Rose During Her 'The Sky Is Pink' Promotions.

Shashwat Singh & Jonita Gandhi have done a great job in voicing these lyrics penned by Gulzar. Pritam has obviously done a good job with his composition but we are really enjoying the song's hook step and think it's so jolly. It's great to see this reel-life family bond like a real one and we can personally relate to them on so many different levels. The song is dedicated to Zaira's character but not in an emotional way and that's the beauty of it. The Sky Is Pink New Promo: Priyanka Chopra Is Mommy Cool As She Tells Zaira Wasim Where to Draw the Line Between Kiss and Sex (Watch Video).

You can Watch the Song Below

The Sky is Pink will hit the screens on October 11, 2019, but we were lucky enough to watch its premiere at the Toronto International Film Festival. The movie received a standing ovation from the audiences after its first screening and some of the critics are even tagging it an emotional and worthy affair. We are definitely looking forward to this one.