R Madhavan Birthday Special: From an Unseen Hindi Debut to an Animated Zombie Film, 7 Movie Appearances of Rocketry Star That You Surely Missed On!

In between his interesting filmography, there are some rare movie appearances that many don't know of. A couple of these films are not even available anywhere, there is an animated appearance and a debut that Madhavan would rather forget. Check out these rare seven appearances of the actor right here! 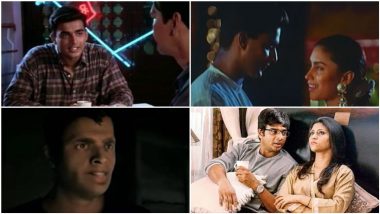 R Madhavan's aging like fine wine, isn't he? Can you believe the actor has turned 51 on June 1, 2021, and yet has retained his chocolate boy looks! Madhavan has a good set of admirers in both Bollywood and South cinema, so it is difficult to tag him in one particular language. He is that rare example of a Pan-Indian star, like Kamal Haasan and Rajinikanth, two superstars he often admires. Madhavan is also one of the few actors who have successfully jumped from television to films. Happy Birthday, R Madhavan! 5 Times When This Charming Actor Made Everybody To Fall In Love With Him.

Fans of '90s television era would remember this handsome actor in serials like Banegi Apni Baat, A Mouthful of Sky, Sea Hawks, Ghar Jamai, and Saaya. With the beginning of the new millennium als began a new phase in Madhavan's career, as Mani Ratnam and Alai Payuthey happened to him in 2000. The romantic drama catapulted him to a romantic superstar in Tamil cinema, and is still considered as one of his best films. Minnale, Run, Nala Damayanthi et al continued to cement him as a bankable star.

His Bollywood innings as a lead was less successful. He tried to make a splash with Rehna Hai Tere Dil Mein, the Hindi remake  of Minnale. Despite boasting of a terrific soundtrack, the movie flopped at the box office, but it found better reception during its television run. Madhavan found more success in his supporting roles in films like 3 Idiots and Rang De Basanti. Recently, he is doing more serious roles, and is prepping for his directorial debut, Rocketry: The Nambi Effect. R Madhavan Birthday Special: Saaya, Banegi Apni Baat, Sea Hawks - 7 TV Shows Of The Actor We So Miss Today.

In between his interesting filmography, there are some rare movie appearances that many don't know of. A couple of these films are not even available anywhere, there is an animated appearance and a debut that Madhavan would rather forget. Check out these rare seven appearances of the actor right here! 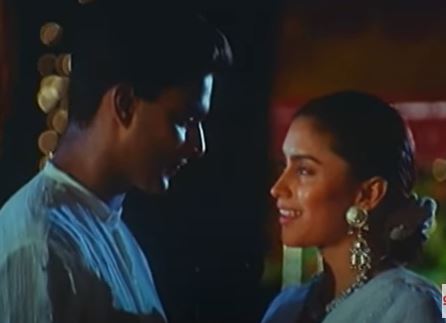 Sudhir Mishra's 1996 thriller is set across one night (hence the title) and is considered an underrated film. The late Nirmal Pandey, Tara Deshpande and Smriti Mishra play the leads in the film. Madhavan appears as a singer in the lovely "Kuch Tum Kaho" track.

You can't just miss the trappings of the star there, even though it took four years for the rest of the country to recognise them. 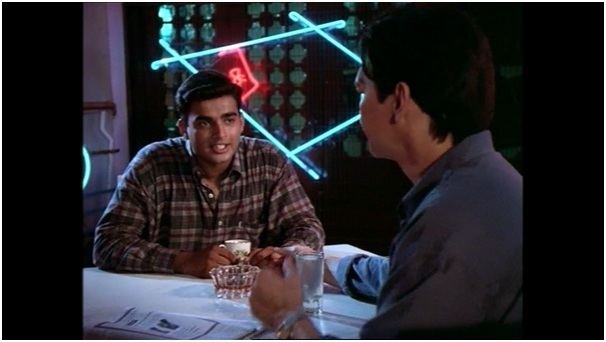 No, not the Tom Hanks-Irrfan Khan starrer! This international action thriller, that came out in 1997, had American martial artist Don Wilson as the lead. He plays an interpol officer who comes to India in search of his partner's killer, while Madhavan plays an Indian officer who helps him out. Deepti Bhatnagar is the female lead in the movie.

Thought Rehna Hai Tere Dil Mein was Madhavan's Bollywood debut as the lead? You are wrong! It was this 1999 kinda B-grade film where the actor played the lead in a Hindi film first. Pretty sure that neither the star nor his fans would like to remember that.

Poster of That Four-Letter Word

This indie flick directed by Sudhish Kamath got a limited theatrical release in 2006. Madhavan has a cameo towards the end of the movie, but good luck finding this film anywhere on the net. I tried and spectacularly failed! 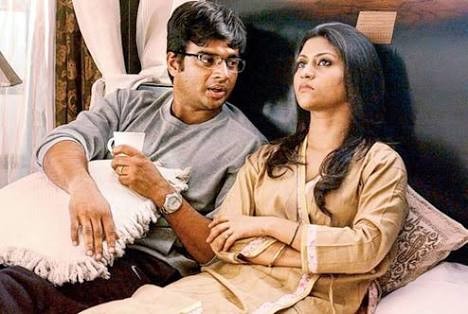 Madhavan and Konkona in Taak Jhaank

The bilingual Sunglass was a rare comedy directed by the late Bengali filmmaker Rituparno Ghosh. The movie, simultaneously shot in Bengali and Hindi, was about a married couple going through a seven-year itch. Konkona Sen Sharma played the female lead, while Tota Roy Chowdhury played the male lead in the Bengali version and Madhavan in the Hindi version (that had the title Taak Jhaank). Though reportedly complete in 2006, the movie(s) didn't get a theatrical release yet, even though it had premiered in 19th Kolkata International Film Festival in 2013. 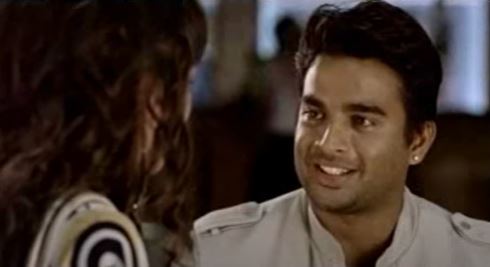 Madhavan has not only acted in a couple of English films but also in a Malay movie. He appeared as himself in cameo in this comedy (English title: 100 Lies to Hide a Wife) that was made in 2008 but it is hard to find a copy online.

Madhavan in Night of the Living Dead: Darkest Dawn

R Madhavan also has an animated movie in his kitty, that too a zombie horror movie. A re-telling of the original Night of the Living Dead, this film got a very limited release, but there is a copy on YouTube. Madhavan voices the character of Tom that also has some of his likeness, one of the few human survivors in a zombie pandemic that struck New York.

(The above story first appeared on LatestLY on Jun 01, 2021 03:20 PM IST. For more news and updates on politics, world, sports, entertainment and lifestyle, log on to our website latestly.com).