Richa, who currently has a following of 541.9K on the micro-blogging site appeared to be locked on Tuesday morning. The profile read, These tweets are protected. Only approved followers can see @RichaChadha's Tweets. To request access, click Follow. 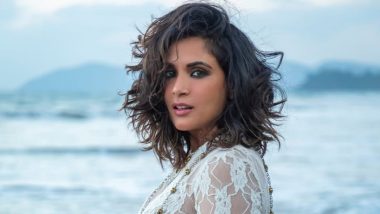 Unlike many other Bollywood personalities, actress Richa Chadha has made her Twitter account private and even deleted the app from her phone as it is "too toxic". Richa, who currently has a following of 541.9K on the micro-blogging site appeared to be locked on Tuesday morning. The profile read: "These tweets are protected. Only approved followers can see @RichaChadha's Tweets. To request access, click Follow." Richa Chadha Shares an Adorable Picture With Ali Fazal and We Cannot Wait For Them To Get Married After Seeing It.

Richa on Tuesday morning announced on Twitter that she has deleted the micro-blogging app from her phone. She wrote: "Deleting this app off of my phone. Takes too much, is toxic. Bye." The move comes after Richa, who is dating actor Ali Fazal, gave a befitting reply to a social media user on the platform who asked her when she was getting divorced.

According to a media report, a user had written to Richa in Hindi: "When are you getting divorced? Tell us. Because your marriage is not going to last long, just like Aamir Khan's." To which, the actress replied in Hindi: "Sarvesh, forget about me, are you losing your mind because no one married you willingly? In your case, it must have been the girl who asked for dowry. Neither do you have looks nor intelligence and you are also poor? Your mother must have switched from LPG to an earthen stove." Girls Will Be Girls: Richa Chadha To Shoot Her Maiden Production in Uttarakhand. 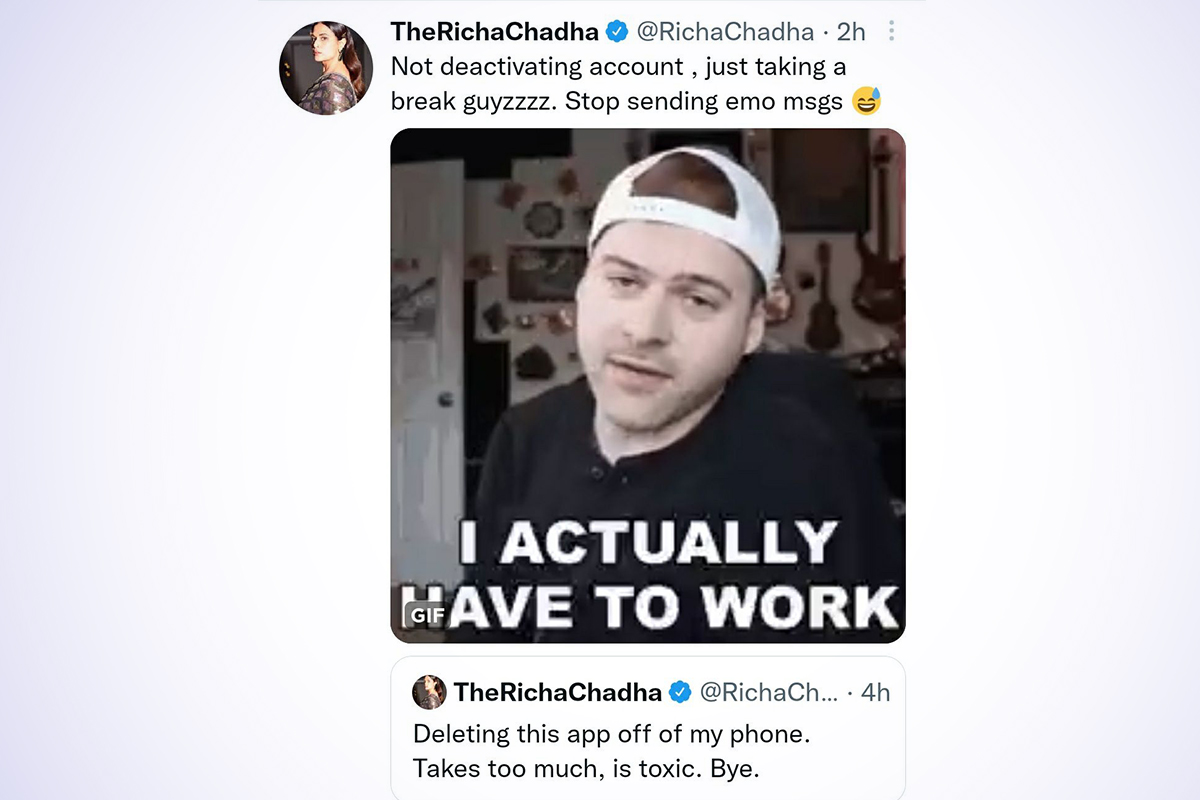 "My regards to you, aunty. What kind of s**t-like devil you have brought into this world? This unemployed, pitiable person can dare to speak only here." Richa and Ali have been dating for a long time. The two were all set to get married last year but the plan was postponed due to the coronavirus pandemic.

(The above story first appeared on LatestLY on Oct 12, 2021 01:32 PM IST. For more news and updates on politics, world, sports, entertainment and lifestyle, log on to our website latestly.com).