Several actors including the likes of Priyanka Chopra, Varun Dhawan, Arbaaz Khan, Ranveer Singh and others took to social media to express their grief over the loss of Wajid 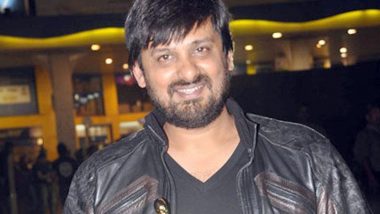 Bollywood woke up to the shocking news of the passing of music composer Wajid's death of the famed Sajid-Wajid duo. The composer aged 42 passed away after contracting coronavirus. Condolences have been pouring in for the loss of the famed musician as not only Bollywood stars but major icons from the music industry are now mourning the loss of the singer-composer. Wajid has been a co-composer on some of the biggest Bollywood hits including Salman Khan's famed Dabangg track "Hud Hud Dabangg" and Akshay Kumar's "Chinta Ta Chita". Several actors including the likes of Priyanka Chopra, Varun Dhawan, Arbaaz Khan, Ranveer Singh and others took to social media to express their grief over the loss of Wajid. Wajid Khan Dies At 42: Salim Merchant, Adnan Sami, Vishal Dadlani and Other Musicians Mourn the Singer-Composer's Death.

The composer has been a dear friend to many in the industry and has been known to be close to Salman Khan. He even co-composed his last track with the actor amid lockdown titled "Bhai Bhai". Interestingly, the Wajid had also worked on Salman Khan's famed reality show Bigg Boss' theme song for the fourth and sixth season. Not many know that the song that Salman grooved to in BB 4's theme was a brilliant Sajid-Wajid creation. Apart from major Bollywood hits, not many know about these compositions of the music director. Not just this, Wajid also sang the theme song of IPL, "Dhoom Dhoom Dhoom Dhadaka". The IPL 4 theme song became a huge hit and its foot-tapping beats will always be remembered by fans. Wajid Khan No More: Netizens Mourn The Loss of Bollywood's Renowned Music Composer (View Tweets).

Wajid's last compositions remain, Salman Khan's "Pyaar Karona" and "Bhai Bhai". The news of Wajid's death was confirmed by singer-composer, Salim Merchant who told PTI, "He had multiple issues. He had a kidney issue and had a transplant a while ago. But recently he got to know about kidney infection... He was on the ventilator for the last four days, after his situation started getting worse. Kidney infection was the beginning and then he got critical.”

(The above story first appeared on LatestLY on Jun 01, 2020 11:14 AM IST. For more news and updates on politics, world, sports, entertainment and lifestyle, log on to our website latestly.com).