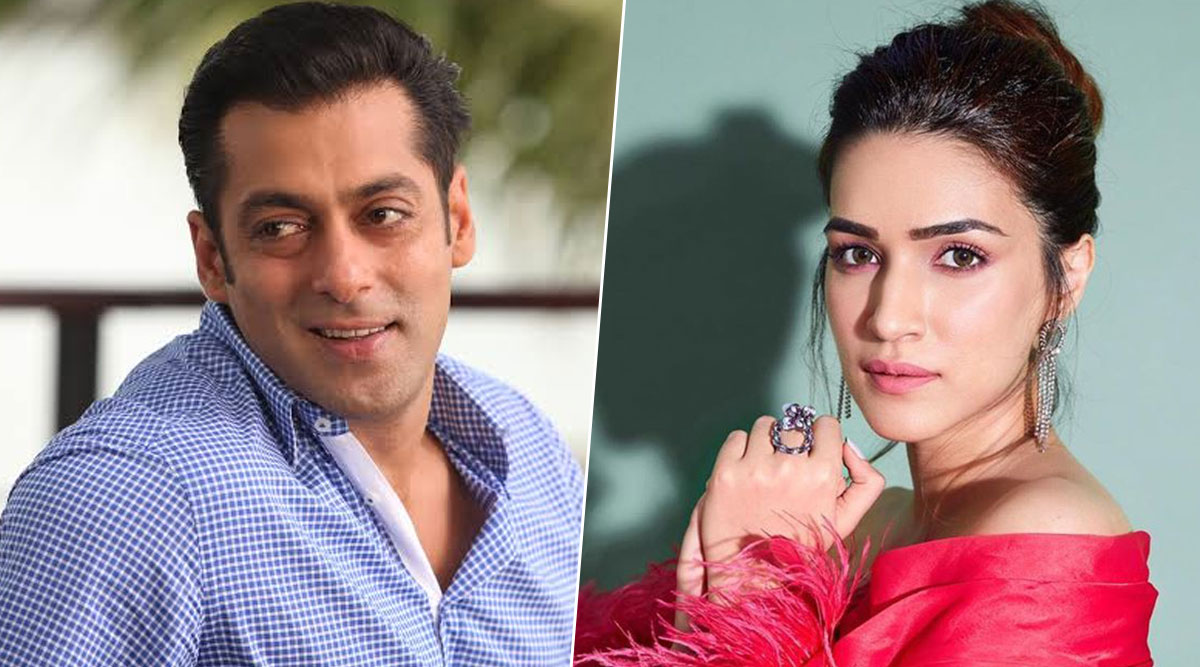 Salman Khan gave his fans a happy shock of their life when he randomly announced his next film, Kabhi Eid Kabhi Diwali. Fans are super excited about the project, that almost sounds like K3G. The Farhad Samji directorial will be releasing in theatres on Eid 2021. Now if we go by the current update on this project, actress Kriti Sanon might star opposite the actor in this flick. Kabhi Eid Kabhi Diwali: Akshay Kumar Extends Olive Branch To Salman Khan With Best Wishes For Eid 2021 Release.

The latest report in Filmfare says that even though not much of the details have been revealed by the makers, this leggy sass might be in for the movie. It does not come as a surprise as the actress right now in form with her amazing acting skills. She was last seen doing some notable work in films like Panipat, Luka Chuppi, Bareilly Ki Barfi and more like it.

On the other hand, the fans were also elated with the blooming friendship between Akshay Kumar and Salman. The actor wrote on social media, "Congratulations to my dear friends, Sajid Nadiadwala, @BeingSalmanKhan and @farhad_samji on Kabhi Eid Kabhi Diwali. Wishing you guys all the love and luck. Have a name suggestion as well for the sequel... Kabhi Eid Kabhi Christmas." This definitely must have left the fans who were pitting two superstars against each other in a state of confusion! He will also be seen in Radhe that will also star Disha Patani opposite him.