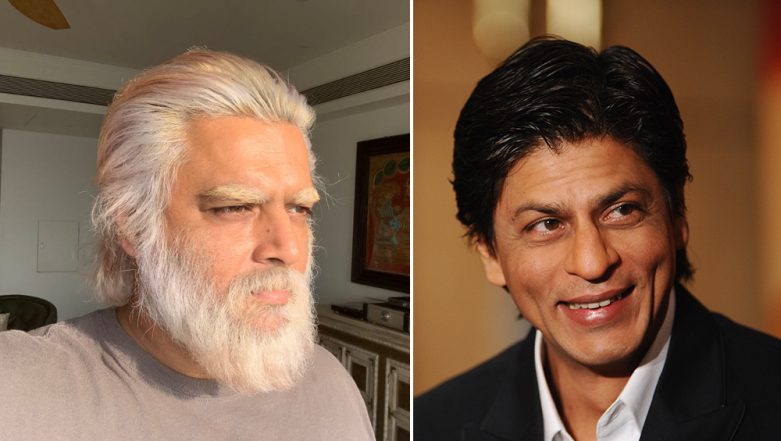 R Madhavan was last seen playing a cameo role in Shah Rukh Khan's Zero (2018). Call it an exchange of favours or mere coincidence, it is confirmed that Shah Rukh Khan is all set to have a cameo in Madhavan's most ambitious project Rocketry: The Nambi Effect. The film is based on the controversial life of Kerela's ISRO scientist Nambi Narayanan through his memoir Ormakalude Brahmanapadam (In the Orbit of Memories). However, the major focus of the film would revolve around Nambi Narayanan's espionage case and his acquittal. Coming to the cameo part, it was almost confirmed that south superstar Suriya has been roped for the Tamil version while Shah Rukh Khan was locked for the Hindi one for the same role. Chandrayaan 2 Launched Successfully: Shah Rukh Khan, R Madhavan, Akshay Kumar and Others Congratulate ISRO on their Achievement

The film is being worked on the post-production stage as we have deets about Shah Rukh Khan's involvement in the film. The source close to the project said, "Shah Rukh Khan has shot most of his part for the Hindi version and he is seen sharing the screen with R Madhavan, playing a  77-year-old Nambi Narayanan, who narrates his side of the story. It looks like Shah Rukh Khan's role in the film might be of an interviewer, who is interested to know more about Nambi. The rest of the film will go in flashback mode." Rocketry – The Nambi Effect: R Madhavan Ropes in Actors From Games Of Thrones and Downton Abbey for His Directorial

Interestingly, the source added that while SRK may be interviewing Nambi, he doesn't look like he belonged to the field of media, because the scene didn't involve any mike or tape recorder. Going by this, we think his role would be similar to that of Rafe Spall in Life of Pi.

Speaking more about Rocketry: The Nambi Effect, this is Madhavan’s directorial debut. Earlier, Anant Mahadevan was to co-direct the film, but he opted to walk out of the project for unspecified reasons. Madhavan is also producing the multilingual film which is being made in Hindi, English, Tamil and Telugu. Simran is playing the female lead in Rocketry: The Nambi Effect. The movie's release date has not been finalised yet.