The responsibility to operate and facilitate the services of Single Window Online Booking System has been given to the Government appointed Maharashtra Film, Stage and Cultural Development Corporation Ltd. (MFSCDC), Dadasaheb Phalke Chitranagari (FilmCity) Goregaon, Mumbai. 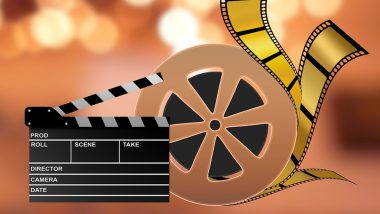 Mumbai April 18: The Maharashtra State government has decided to facilitate producers and multiple stakeholders with a single window clearance system of films, serials, and advertisements shooting. Under ease of doing business, the idea to initiate the single window clearance is to get permissions from different agencies including government under one single roof quickly.

The responsibility to operate and facilitate the services of Single Window Online Booking System has been given to the Government appointed Maharashtra Film, Stage and Cultural Development Corporation Ltd. (MFSCDC), Dadasaheb Phalke Chitranagari (FilmCity) Goregaon in Mumbai.

It must be noted that the role of the MFSCDC is to facilitate the service and coordinate between the applicant and various other necessary parties including the government departments (Stakeholders) and agencies. The applicant can visit the website www.maharashtrafilmcell.com to book online shooting location.

The idea also includes promoting tourism and culture of Maharashtra state through film shooting. Another objective is to provide single interface or platform for producers to avail time-bound approvals for shooting from multiple agencies.

Meanwhile, the state government has also ensured that the required departments have to reply within seven working days regarding the location of shooting. If they don't respond, it will be assumed that they have 'No Objection' and permission will be processed further.

Earlier Information and Broadcasting Minister Smriti Irani also showed interest in single window clearance system for filmmakers during her visit to Mumbai in the month of March 2018. In conversation with filmmaker Karan Johar during the inaugural function of the Federation of Indian Chambers of Commerce and Industry(FICCI) Frames 2018,  Irani informed that the government is aiming to bring all departments under one umbrella so that a filmmaker with an idea does not have to run from one desk to another to get the support for executing a film, serial and other.

(The above story first appeared on LatestLY on Apr 18, 2018 11:56 AM IST. For more news and updates on politics, world, sports, entertainment and lifestyle, log on to our website latestly.com).