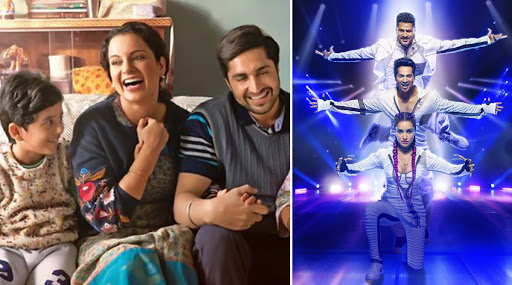 Street Dancer 3D and Panga are two films that are jostling from today for audience's love and appreciation this Republic Day weekend. A lot is expected from the films as both have a good buzz around them. Both the films have got glorious reviews as well which will definitely aide their growth at the box office. If we talk about the morning shows, Street Dancer 3D obviously has taken a lead over Panga. Varun Dhawan and Shraddha Kapoor’s Street Dancer 3D to Clash with Kangana Ranaut’s Panga on January 24, 2020

As per Film trade expert Sumit Kadel, while Varun Dhawan-Shraddha Kapoor film has witnessed 25-28% occupancy, Kangana Ranaut's film opened with 12% occupancy. This result doesn't surprise us as SD 3D has more number of screens to it credit. But Panga is getting good reviews which means both the films are going to grow more in the afternoon and evening shows.

Street Dancer 3D has 3700 screens while Panga fetched 1450 screens in India. So the dance movie has more than twice the number of screens than the Kangana film which will definitely work in its favour. So it will be interesting to see how much both the films earn on the first day.