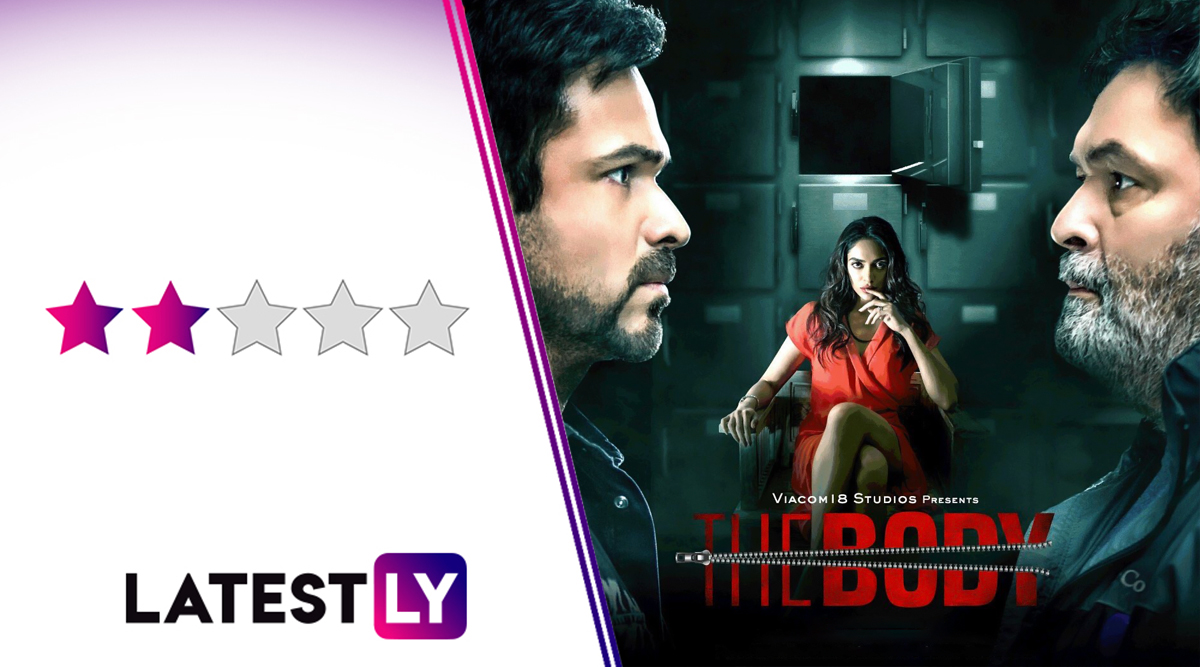 There was a time when movie buffs won't stop criticising Emraan Hashmi's acting skills. Today, after all these years, his excellent acting can be the only saving grace in a rather dull movie. He can be seen in the leading role, along with Rishi Kapoor, in Jeethu Joseph's The Body. The mystery thriller is the remake of a Spanish film. In fact, the movie has been remade in two other languages as well in the past. Certainly, the original story had a charming pull. But the charm did not translate well in the latest remake. Sad that it comes from a director known for making memorable mystery thrillers.

The Body has a spooky beginning — almost a horror film. But within minutes, director Jeethu Joseph establishes that this won't be a horror film but a whodunnit thriller. I have not watched the original, so everything was fresh for me. Rishi Kapoor plays the SP investigating the case of the missing dead body of Maya, played by a charmingly seductive and mysterious, Sobhita Dhuliapala. All clues are pointing towards her husband, Ajay, played by talented Emraan. Set over one night, pretty much limited to a few rooms, unless flashbacks, The Body has the elements to keep you engaged.

What is new about the film is that there is no protagonist. Emraan's intentions and character are revealed quite early on in the film. Rishi's character remains inconsequential for a good part. There is no one you are rooting for but the story and the mystery.

But, unfortunately, there is a lot wrong with the movie. The storytelling lacked style. Mystery thriller movies need a certain amount of style in technicalities. For instance, recently released Badla. The editing is tacky. The cinematography is bland. The sets and the locations in Mauritius are uninspiring. The songs are bad and hamper the pace of the film (imagine writing that sentence for an Emraan Hashmi film). Background score is mediocre and does not compliment the film well. Jhalak Dikhhla Ja remake is not there in the movie, so that is a plus.

It is a delight to watch Rishi Kapoor on the screen again. Take a bow. The actor is marvellous and perfect for the role. Emraan brings his A-game to film. His performance neither makes you sympathise with his character nor makes you hate him. Perfectly balanced performance.

Sobhita Dhulipala has a limited role, but, God, she owns every scene that she has. Vedika is not at ease and looks out of place.

Watch The Trailer of The Body Here:

The Body has a story that will keep you hooked from start to end. It is carefully crafted to make the audience think it is predictable only to turn everything on its head in the second half. But movie buffs who have watched enough of cinema will find the execution boring and unoriginal. Emraan, Rishi and Sobhita's performances are excellent and might help you be distracted from shoddy editing, poor dialogues, and the mediocrity of the execution. All the stars given in review are only for performances and the story.