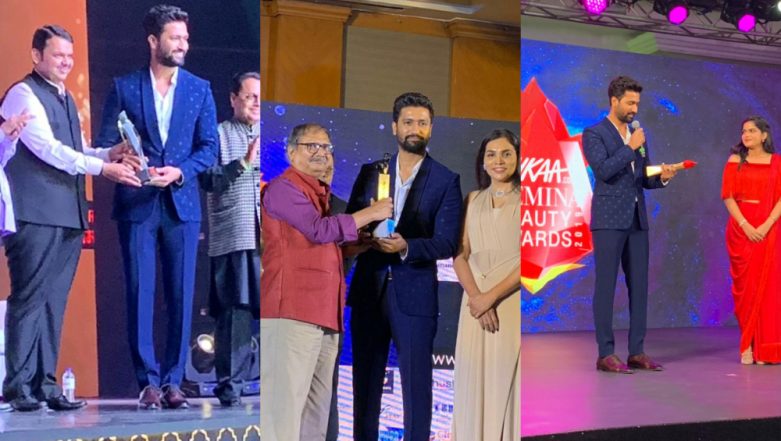 It is certainly a great time to be Vicky Kaushal. The actor is the newest man that the nation is crushing on. His popularity has propelled to a whole new level since 2018. With movies like Raazi, Love Per Square Foot and Lust Stories, he has proved his mettle as an actor. Then came Uri- The Surgical Strike at the brim of 2019, which was a feat for Vicky. The proof is newfound stardom is what transpired in Mumbai tonight. The city was host to three separate award shows this evening - Lokmat Maharashtrian of the Year Awards, Femina Beauty Awards and Dadashaeb Phalke Awards. All of the three events had Vicky winning accolades. Vicky Kaushal Shuts Down a Troll Who Calls Him a Product of Nepotism - Watch Video.

In case you have not put it together yet, Vicky attended three awards shows in a single evening. He won awards at all the events and made sure he collected each in person. Isn't Vicky the luckiest man on the planet today? The actor looked dapper as he hopped from one event to another.

Vicky received the 'Path Breaking Performer' award by the honourable CM of Maharashtra at the Lokmat Maharashtrian of the Year awards. Then,  he was the recipient of the 'Fresh Face of the Year' award at the Femina Beauty Awards. Later, Vicky accepted the 'Best Performance in a leading role' award for his portrayal of a para-commando officer in Uri. 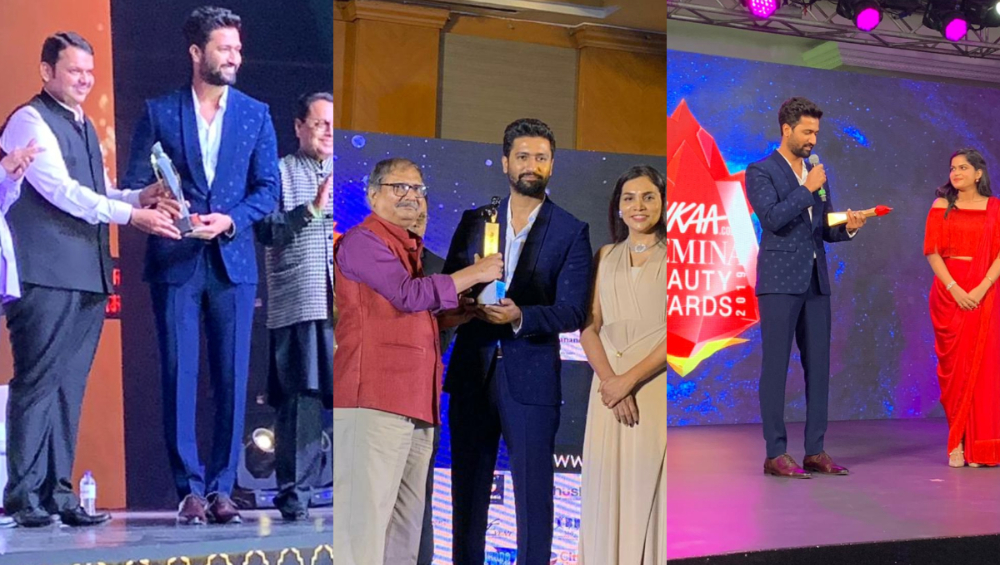 Watch this video of Vicky's acceptance speech at Lokmat Maharashtrian of the Year Awards:

Vicky will be next seen in a horror movie, that he has been shooting for since December 2018. The movie is said to be produced by Dharma Productions. The actor will also shoot for Karan Johar's directorial Takht this year.