Vidyut Jammwal will star in his maiden production IB 71. The film marks his banner's first collaboration with Reliance Entertainment. Vidyut made the announcement on Instagram. 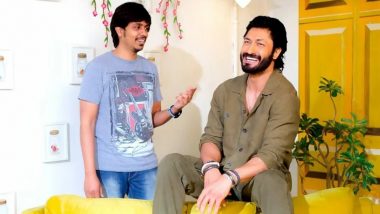 He wrote: "I'm happy to announce my first feature titled IB 71 as a producer at Action Hero Films. Directed by Sankalp Reddy, the upcoming film is the banner's first collaboration with the creative giant Reliance Entertainment. I write this with the utmost gratitude and sincerity to convey my love to you for your blessings and support. Vidyut Jammwal vs Disney+ Hotstar: Fans Come Out in Support of Khuda Haafiz Star After Latter Calls Out the OTT Platform For Ignoring His Film (View Tweets).

IB 17 is a step towards fulfilling the promise of quality filmmaking. This project is a result of teamwork and belief. I seek your support for it forever. Thank you for being a part of my journey. Wishing you the forward move you've hoped for." Vidyut tagged the announcement as "New Beginnings". Other details about the films are still under wraps.

(The above story first appeared on LatestLY on Jul 19, 2021 03:42 PM IST. For more news and updates on politics, world, sports, entertainment and lifestyle, log on to our website latestly.com).