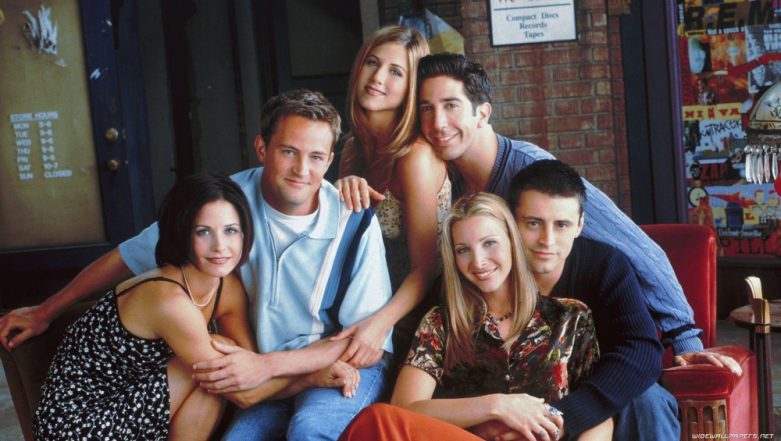 This is one of those moments that all the FRIENDS fans wait for! The original cast of the iconic sitcom always makes them go weak in the knees whenever they go down the nostalgia lane. One of the actors who always wons her fans with such moments is Courteney Cox a.k.a Monica Geller! Yet again, she made her fans on Instagram cry tears of joy and nostalgia as she re-visited her on-screen apartment that was shown in the series. Jennifer Aniston Goes Braless for Elle US Magazine and Rocks a Python Print Gucci Dress.

Over these years, every little aspect of the series has become like a milestone for the fans. The die-hard fans of this sitcom know each and every dialogue, expressions, location and even background music during that particular scene. As much as the 'Central Perk' cafe where these 6 characters hung out is famous, this building where Monica and Rachel stayed has a special place in the hearts of the fans. She exactly posted a video of enacting that she is going 'home' now and the fans flooded with comments.

The One Where My Rent Went Up $12,000 #friends #mollymcnearney #missthosedays

Speaking a bit about this apartment, the apartment is shown to be in NYC. However, in real life, you can see the exteriors of the apartment on Grove and Bedford Streets. However, the interior of the apartment with those purple doors was made on an entirely different set which was in LA. We wonder if Jennifer Anniston (Rachel), Mathew Perry (Chandler), Matt LeBlanc (Joey), Lisa Kudrow (Phoebe) and David Schwimmer (Ross) have seen this post by Courteney!