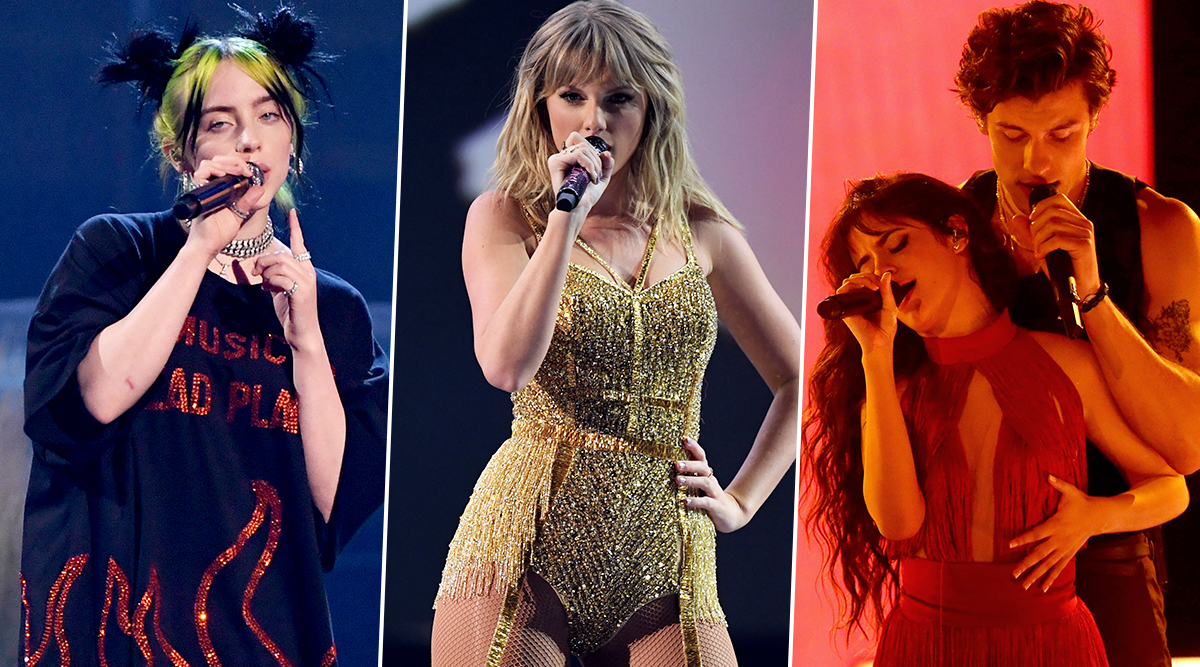 The American Music Awards 2019 is here! Many prominent faces from Hollywood made their presence felt on the red carpet with the deserving ones taking the prestigious trophy home. The awards ceremony is currently taking place at the Microsoft Theatre in Los Angeles and must say what a starry night it is. Talking about the nominations, Post Malone, Billie Eilish and Ariana Grande lead the nominees with six ones across categories. American Music Awards 2019 Nominations List: Post Malone, Ariana Grande and Billie Eilish Lead With Most Nominations.

Having said that going by the updates till now it is Billie Eilish, who has grabbed many awards which includes, New Artist of the Year and Favourite Artist (Rock). Further, everyone's favourite, Taylor Swift won the Artist of the Decade Award and also made the crowd gaga by performing on some of her biggest hits. Well, and if you happen to be a fan of AMAs, here's the list of winners from the awards night. ‘I Stand With Taylor’ Trends on Twitter After Taylor Swift Was Denied by Scooter Braun and Scott Borchetta From Performing Her Old Songs at AMAs.

NEW ARTIST OF THE YEAR

⚡️ CAN YOU BELIEVE IT ⚡️ Congrats @billieeilish on your much deserved #AMAs New Artist of the Year win! #BillieOnAMAs pic.twitter.com/75WQiKB9pO

COLLABORATION OF THE YEAR

TOUR OF THE YEAR

Billie Eilish, When We All Fall Asleep, Where Do We Go?

Ariana Grande, Thank U, Next

Halsey, “Without Me” (WINNER)

Panic! At The Disco, “High Hopes”

Panic! at the Disco

For the unversed, AMA nominations are based on results from Billboard.com, streaming, album and digital song sales, radio airplay, social activity and touring. Winners are crowned entirely based on the votes by fans. Stay tuned for more AMA 2019 scoop!