On March 19, 2020, Bruce Willis is turning 65. Here's us wishing the Hollywood action legend Many Many Happy Returns of the Day, while also quoting down some of his famous movie dialogues here. 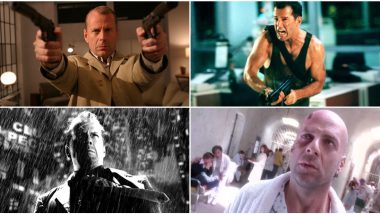 When you think of Bruce Willis, the first image that comes to your mind is that of John McClane gunning down baddies in Die Hard, while cradling a cigarette in his lips. Or if you are someone who likes light-hearted fare, maybe you remember him best as Paul Stevens, the disapproving father of Elizabeth, the college student who dates Ross in the popular sitcom, Friends. A little trivia there, Bruce Willis appeared in FRIENDS afters losing a wager to his The Whole Nine Yards co-star Matthew Perry, who plays Chandler in the series. COVID-19: 'Friends' Reunion Special Delayed Amid Coronavirus Pandemic.

Of lately, Bruce Willis is often accused of phoning his performances just to get that paycheck, including in M Night Shyamalan's Glass. But there was a time when he was considered as one of world's biggest action stars, competing with other legends like Arnold Schwarzenegger, Sylvester Stallone and Jean-Claude Van Damme. But not many know that his action turn in Die Hard was a surprise to many at the time of its release, 'cos Willis was more known for his comedic chops then! Glass Movie Review: James McAvoy Is Easily the Best Thing About M Night Shyamalan’s ‘Unbreakable’ Franchise Capper.

Die Hard is known not just for its intense sequences, that revel in badassery and violence, but also for the lead's wise-cracks, a trait that defines Bruce's action career ahead. Along with the actor's poker-faced delivery, they sound way to cool to hear especially when dropped at the opportune moments.

On March 19, 2020, Bruce Willis is turning 65. Here's us wishing the Hollywood action legend Many Many Happy Returns of the Day, while also quoting down some of his famous movie dialogues here. 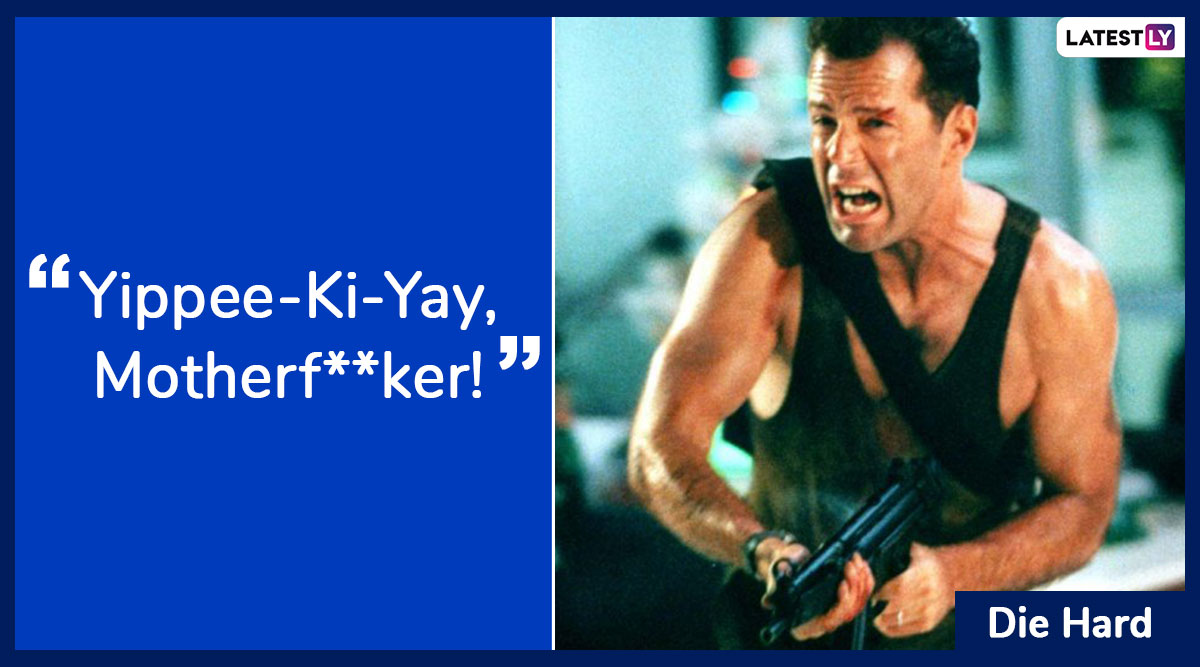 How can we not start this list without Willis' most famous line in his most career-defining role? Over the years, the dialogue has been parodied so many times and John McClane has become more of a sad joke. But we always get those jitters everytime we see Willis utter the colourful line to diss Hans Gruber. 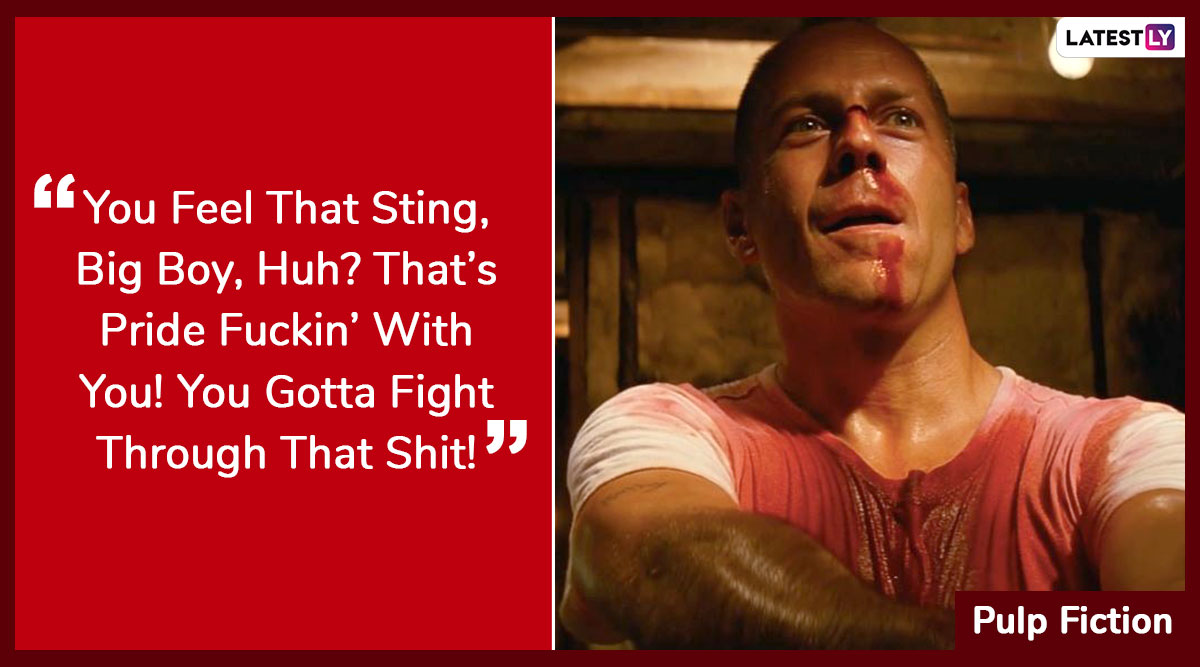 Bruce Willis played a boxer in this Quentin Tarantino masterpiece who is on the run from a mob, after botching a fixed fight. Pulp Fiction also stars John Travolta, Samuel L Jackson, Uma Thurman, Harvey Keitel and Tarantino himself. 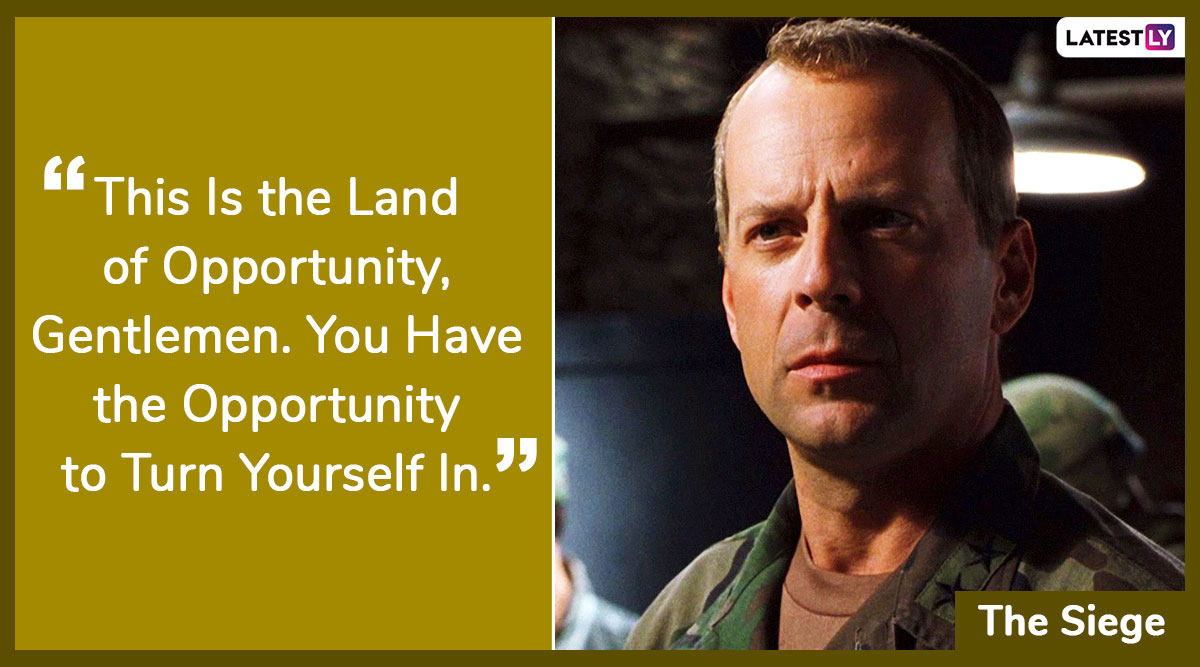 Bruce Willis in The Siege

The 1998 thriller stars Willis along with Denzel Washington and Annette Bening and is about NYC put under martial law after several terrorist attacks. Willis plays the antagonist, a US Major General, who is in charge of the lockdown but has his own ulterior motives. 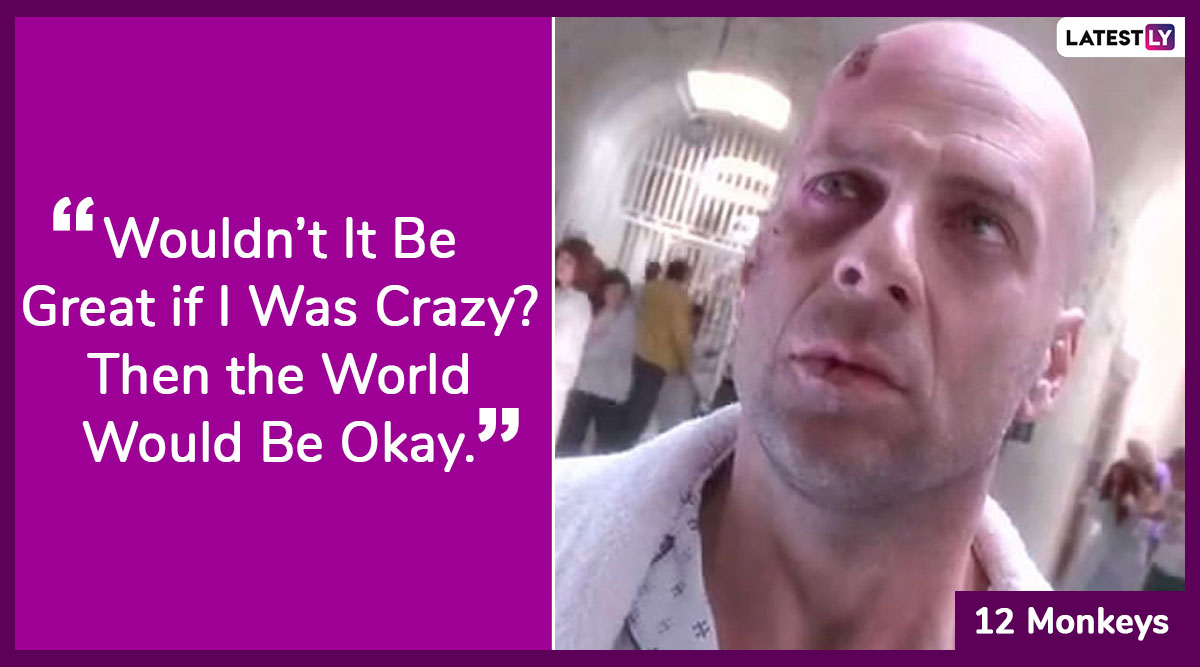 This Terry Gilliam-directed film is considered as one of the best sci-fi films ever made. Bruce Willis plays the lead in the film that involves a post-apocalyptic future, time travel and a crazy Brad Pitt. 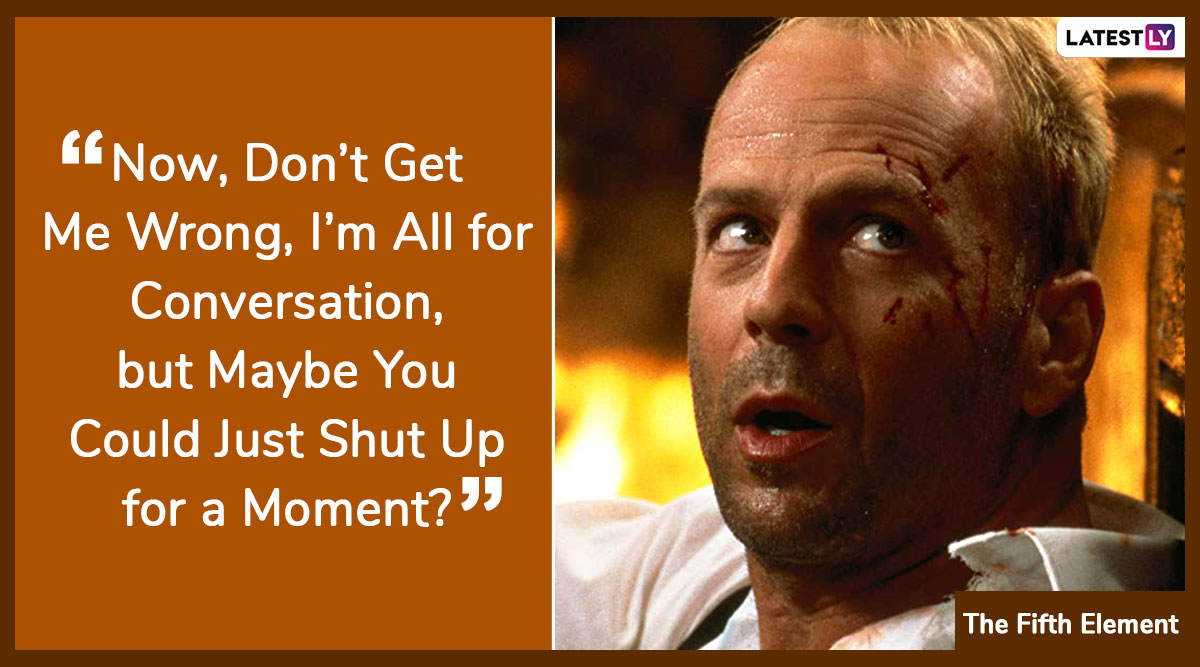 Bruce Willis in The Fifth Element

The Fifth Element is a cheesy fun futuristic entertainer that stars Bruce Willis and Milla Jovovich (whose strapped dress made quite the heads turn then). 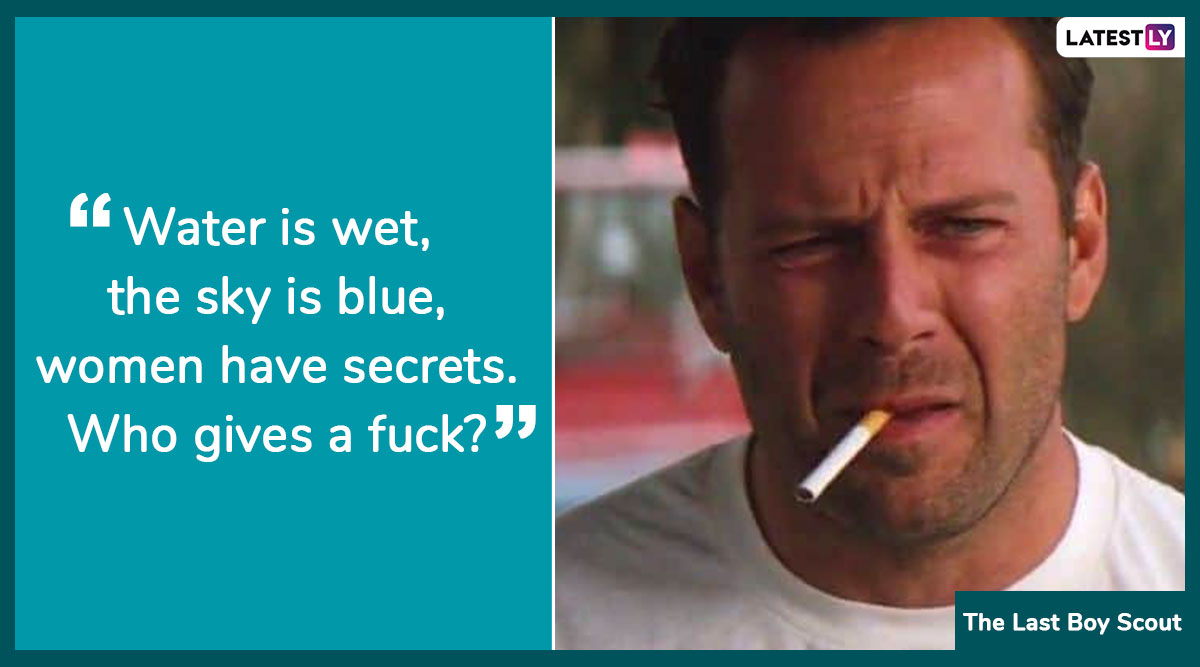 The Last Boy Scout is an action comedy directed by the late Tony Scott. It features Bruce Willis as a former Secret Service agent who teams up with Damon Wayans' football player to catch those who killed latter's girlfriend. 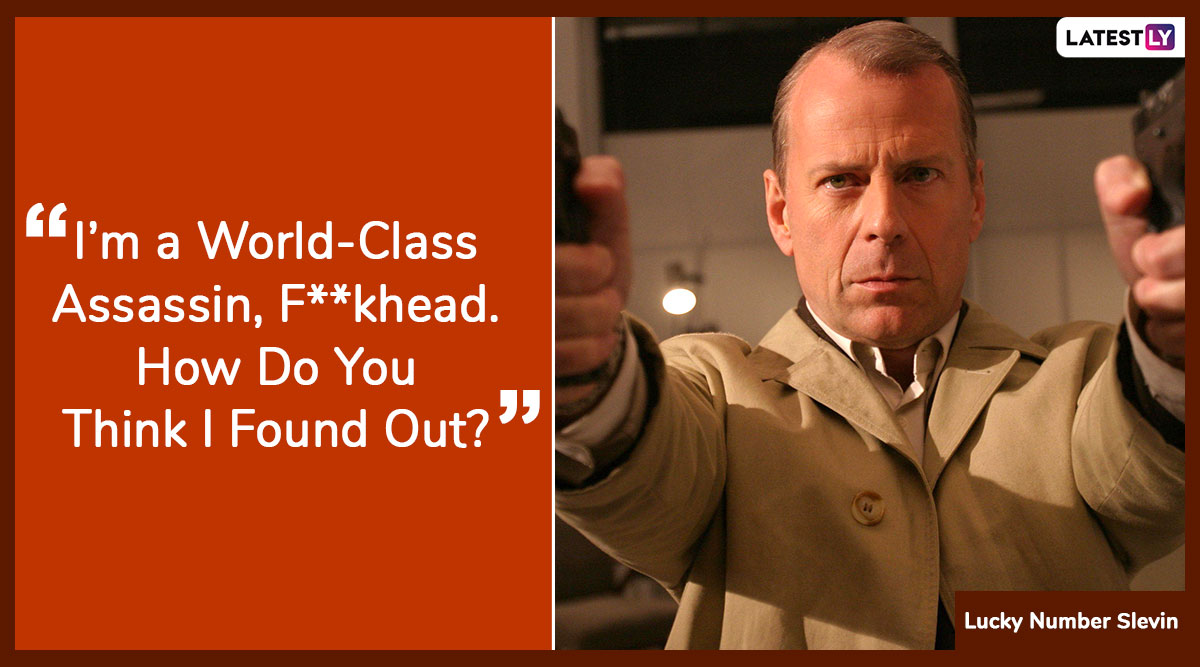 Lucky Number Slevin is a thriller and black comedy rolled into one. Josh Hartnett plays the lead in the film -  a young man caught between two warring mobsters, played by Morgan Freeman and Ben Kingsley. Willis plays a hitman who gets involved in the mess. 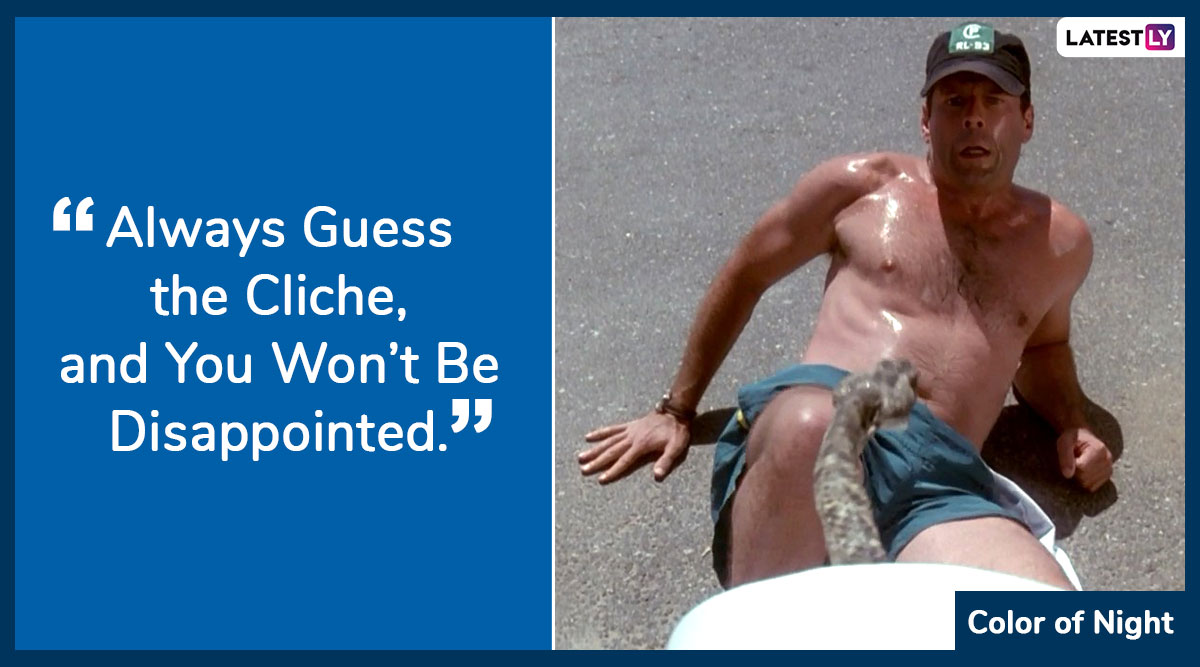 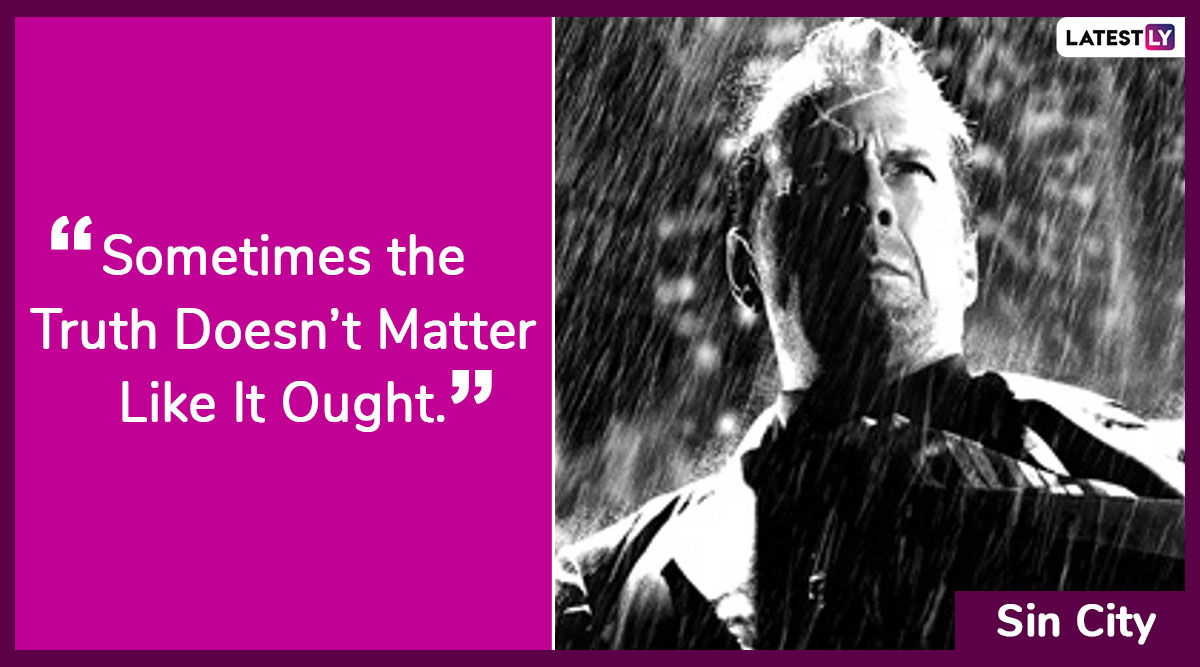 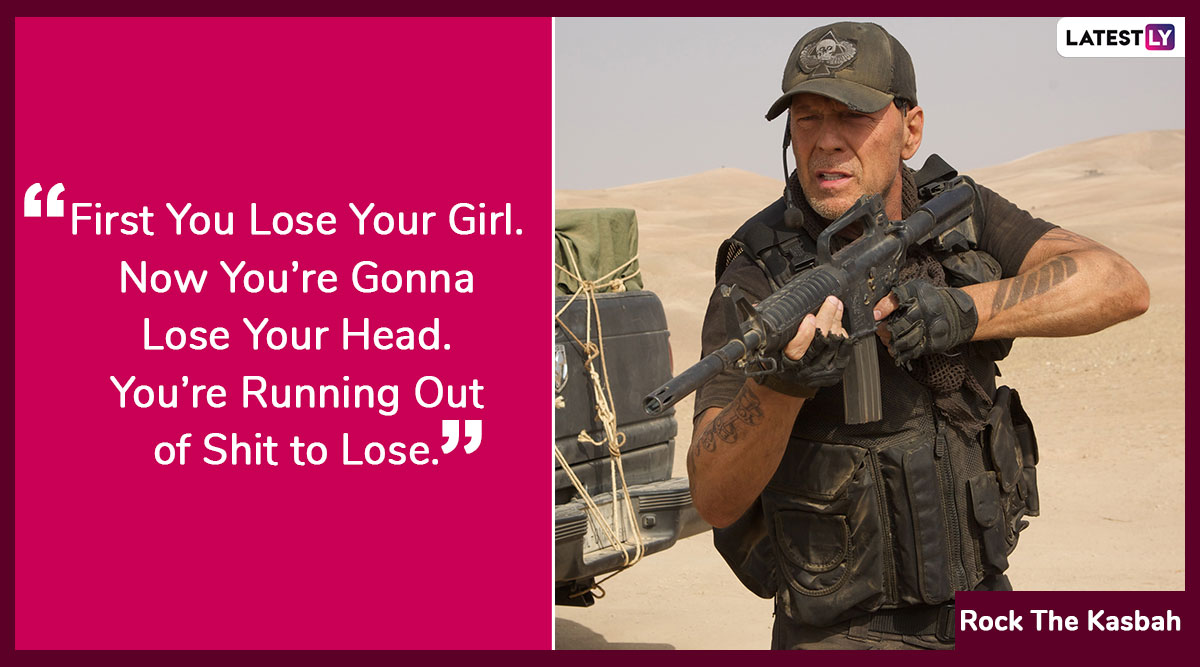 Bruce Willis in Rock The Kasbah

This Bill Murray comedy failed to impress the critics and the public, but is mostly remembered for Bruce Willis' scene-stealing supporting role.

(The above story first appeared on LatestLY on Mar 19, 2020 02:06 PM IST. For more news and updates on politics, world, sports, entertainment and lifestyle, log on to our website latestly.com).