BTS' Jungkook visits Itaewon neighbourhood in Seoul, South Korea which recently a surge of Coronavirus cases. He tested negative along with many of his fellow Kpop idols. 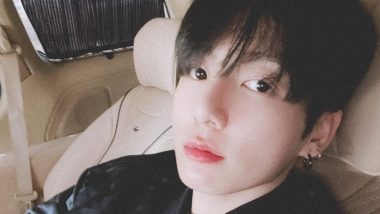 South Korea's Itaewon turned out to be a major hotspot. A COVID-19 affected patient visited a club there and that shot up the cases. Recently, there was a report that many K-Pop idols visited the area. They were BTS' Jungkook, Seventeen's Mingyu, NCT's Jaehyun and ASTRO’s Cha Eun Woo. They had visited the neighbourhood in Seoul on April 25. Now the confirmed patient had visited that area on May 2 and tested positive on May 6. But owing to the same, the authorities had announced that anyone who had visited the area from April 24 to May 6 is supposed to stay at home. That brought the visit by these Kpop idols under the scanner. But nothing to worry...all of them have tested negative. G.C.F in Helsinki: BTS’ Jungkook Once Again Shows Off His Amazing Filmmaking Skills, Leaves Fans Impressed With the New Video

Jungkook's agency Big Hit Entertainment even issued an apology statement for the same. It read, "It is true that Jungkook went to the neighborhood of Itaewon. However, at the time, he did not go to the place that became a problem due to the confirmed case in early May, and Jungkook was in Itaewon a week prior to the first confirmed case (first case related to the chain of infections in the neighborhood of Itaewon). Moreover, to abide by the government’s guidelines, Jungkook took measures such as receiving a test for COVID-19, so we deemed it inappropriate to reveal our artist’s private life to the public."

But it further added, "However, there is no room for excuse regarding the fact that we, as the agency of the artist in question, had not properly recognized the heavy importance of social distancing and prioritized the protection of the artist’s private life over it. We bow our heads to everyone in apology."

Speaking on behalf of their artist, the statement also said how Jungkook is regretting not adhering to the social distancing protocol.

(The above story first appeared on LatestLY on May 18, 2020 02:21 PM IST. For more news and updates on politics, world, sports, entertainment and lifestyle, log on to our website latestly.com).