In 2015, Catherine O'Hara came on-board for Schitt's Creek and gave us one of the most iconic characters. She played the role of the mother in a family who had just lost their fortune. 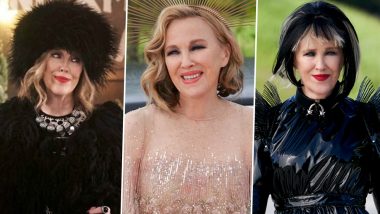 Canadian-American actress, writer, and comedian, Catherine O’Hara has turned a year older today. She is turning 67 but has us all entertaining since 1974. She was a part of The Second City improvisational comedy troupe in Toronto and went on to make her first appearance on television in 1975. She starred opposite John Candy and Dan Aykroyd in the Canadian sitcom Coming Up Rosie. She rose to prominence with her role in SCTV, which was a televised version of Second City comedy troupe. There was no stopping her then and she was a part of many hit films including our favourite Home Alone. Home Alone Reboot: Macaulay Culkin Reacts to the Petition to Re-Cast him as 'Kevin McCallister', Suggests Some Corrections.

In 2015, Catherine O'Hara came on-board for Schitt's Creek and gave us one of the most iconic characters. She played the role of the mother in a family who had just lost their fortune. The show is quite popular with celebrities like Paul Rudd, Mariah Carey, Jennifer Lawrence, Paula Abdul, and Nicole Kidman among the many proclaiming their love for the show. Schitt's Creek finale season was aired last year and was an emotional end to an amazing story. This time around, the show took away the Golden Globe 2021 award for Best Television Series - Musical or Comedy.

Moira Rose, the role essayed by Catherine was sassy, funny and everything you look in a character. Throughout the six seasons of the show, Moira said some really hilarious things and to celebrate Catherine's 67the birthday, we thought of listing down 5 of her most crazy quotes from the show. Golden Globes 2021: Schitt’s Creek Wins Best TV Series -Musical/Comedy Award, Catherine O’Hara Bags the Best Actress Honour.

“The Last Time I Felt This Emotionally Encumbered, I Was Playing Lady Macbeth…” 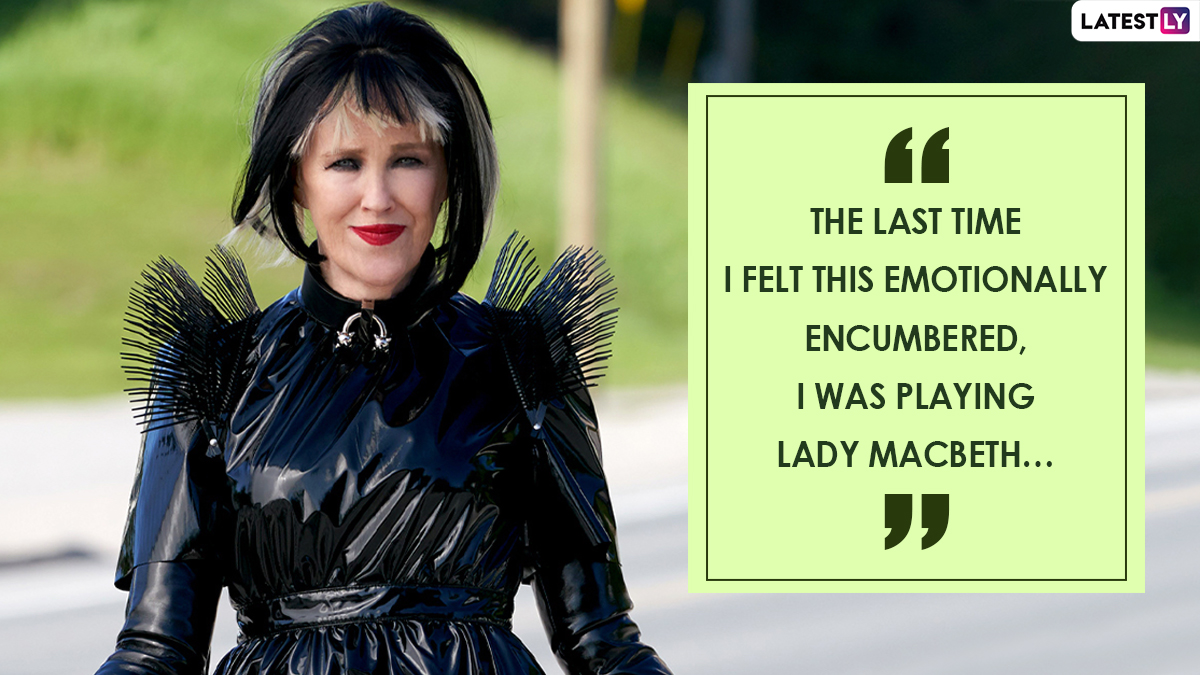 “What You Did Was Impulsive, Capricious, and Melodramatic. But, It Was Also Wrong.” 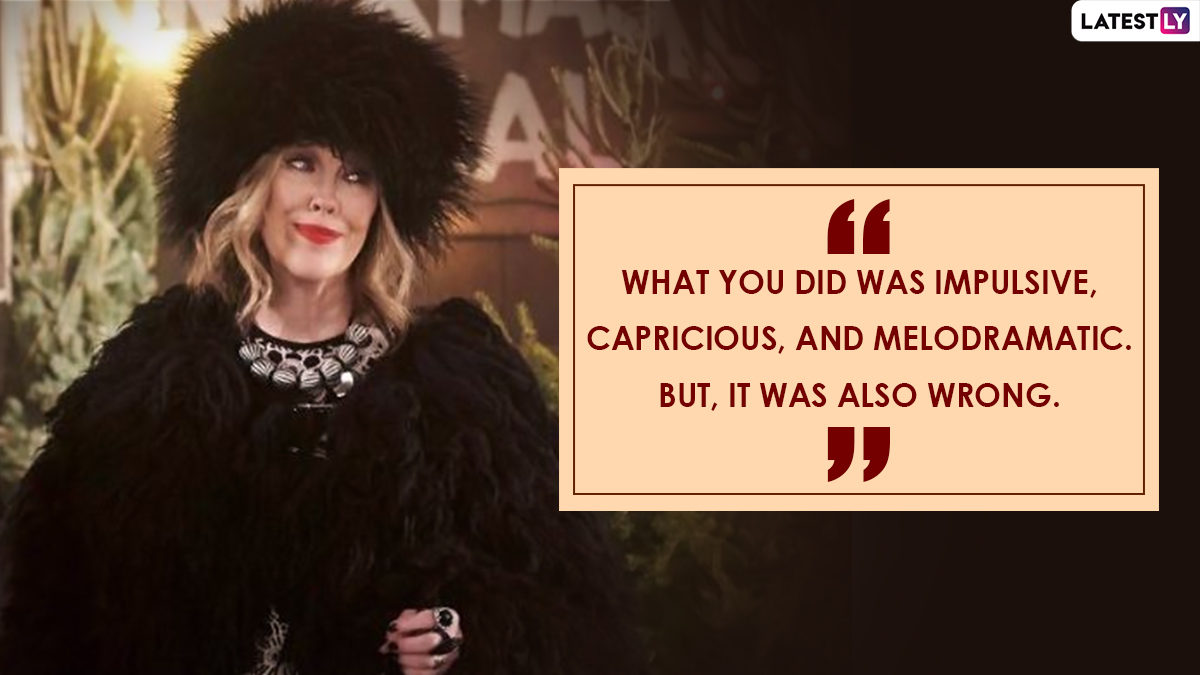 “You Are Blind to Reality and for That I Am Most Proud.” 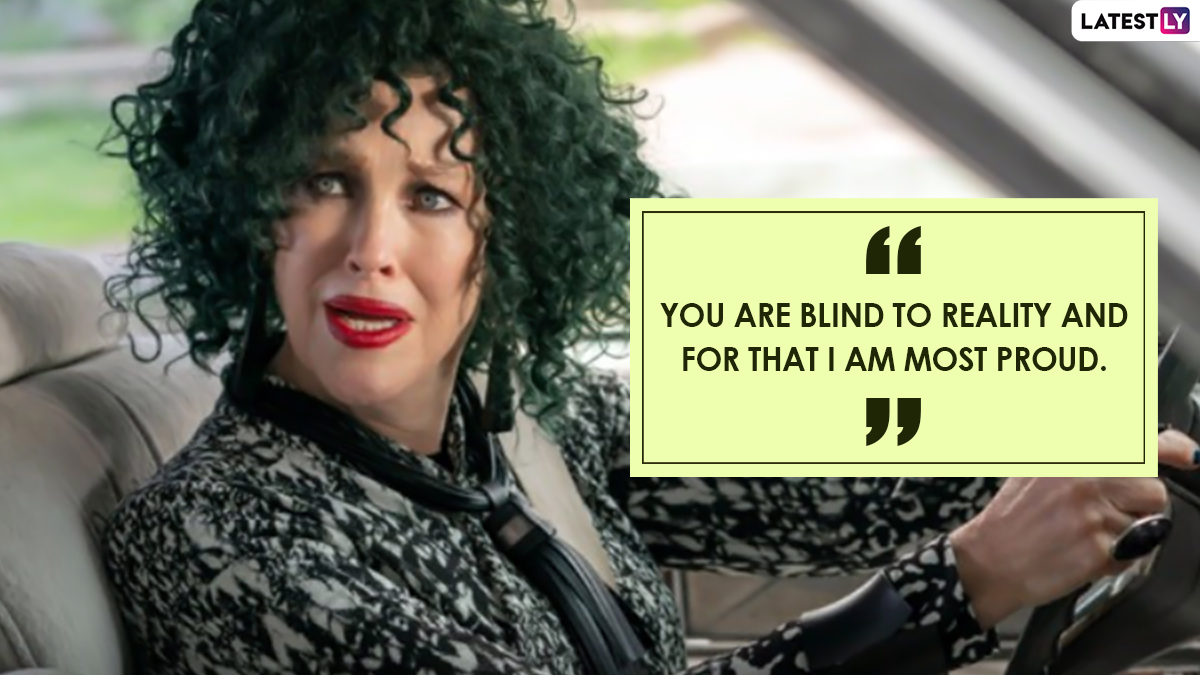 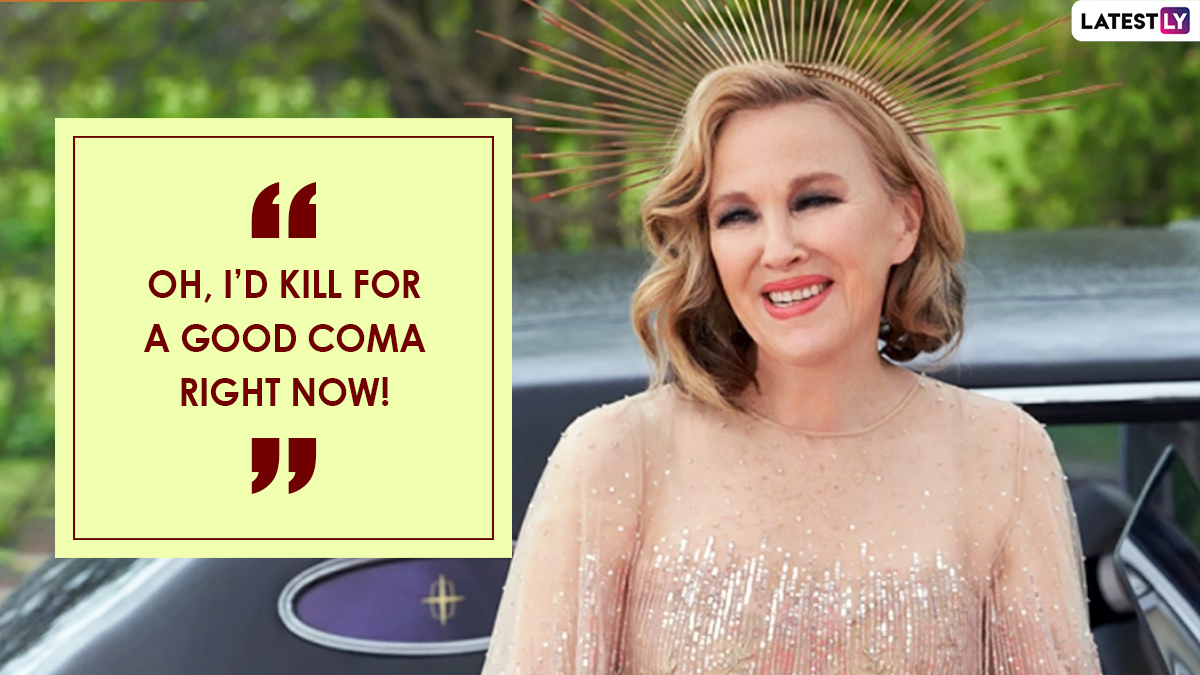 “Gossip Is the Devil’s Telephone. Best to Just Hang Up.” 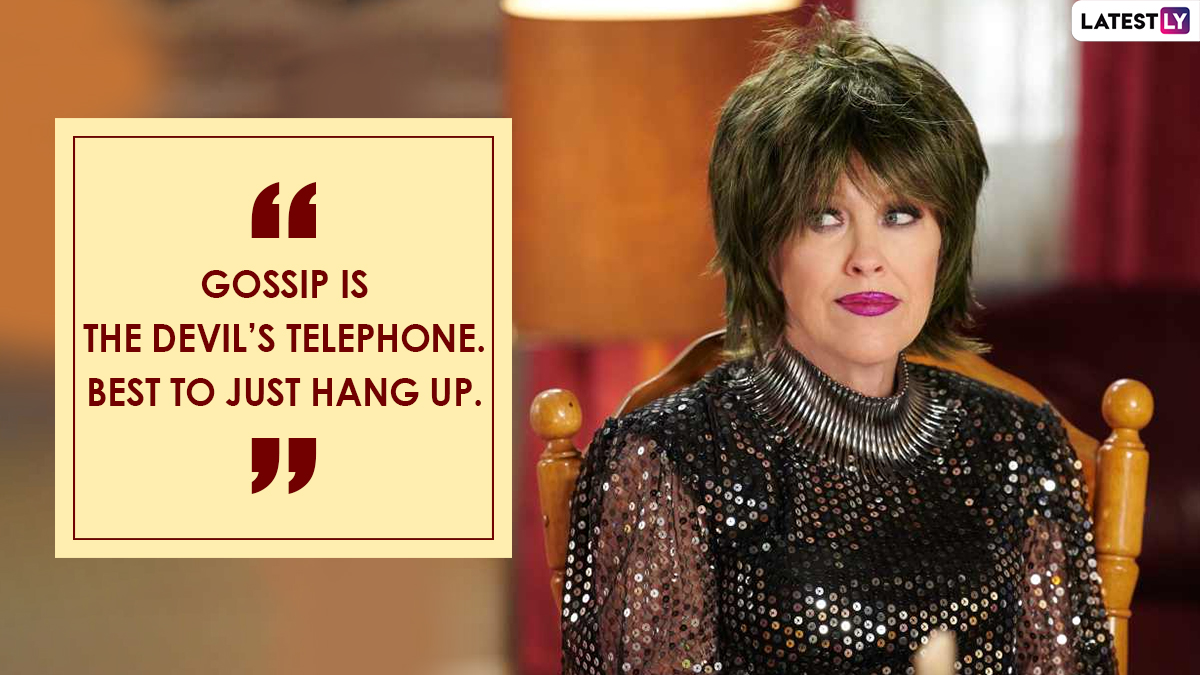 We agree with what Moira has to say and let's admit it, she is right about a lot of things. While we won't get to see the actress in this role again, we can always go back to watching out favourite episodes where Catherine is being funny and sassy. Join us in wishing the actress a very happy birthday.

(The above story first appeared on LatestLY on Mar 04, 2021 09:40 AM IST. For more news and updates on politics, world, sports, entertainment and lifestyle, log on to our website latestly.com).