Doctor Strange in the Multiverse of Madness Box Office: Why Benedict Cumberbatch’s Marvel Film Is Failing To Replicate Spider-Man: No Way Home’s Success in India 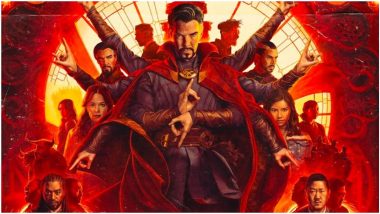 There is also the fact that the movie is directed by Sam Raimi, who made the world fall in love with comicbook movies with his Spider-Man trilogy (yes, some of that love dissipated with emo Peter Parker in Spider-Man 3). There was also this promise of what craziness the multiverse would bring in. No Way Home's success means the love for Marvel movies hasn't dropped in yet. So all in all, Doctor Strange in the Multiverse of Madness came to the crease in all the right conditions. 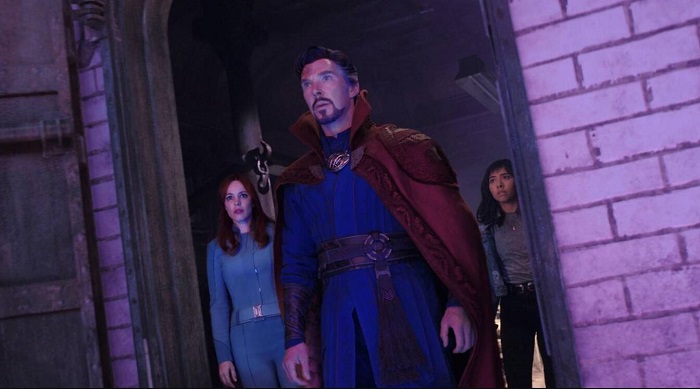 So what went wrong? Are audiences suffering from Marvel fatigue as some trade analysts are claiming?

Possible, but there is more to the story than mere fatigue.

First of all, Doctor Strange as a character hasn't gained the same kind of box office appeal that the likes of Iron Man and Spider-Man enjoy in India, so it would take some groundbreaking stuff to make your solo film do the same business as an Avengers film. As for Spider-Man: No Way Home, it was heavily hinted pre-release that Tobey Maguire and Andrew Garfield would appear in the movie as the previous iterations of Spider-Men, and that worked very much in creating a tremendous buzz for the film. It also helps that the movie treated them as proper characters and not fan-servicing tropes. Looking at you, Reed Richards! Doctor Strange in the Multiverse of Madness: From Professor X to Captain Carter, Ranking All the Multiversal Cameos in Benedict Cumberbatch’s Marvel Film! 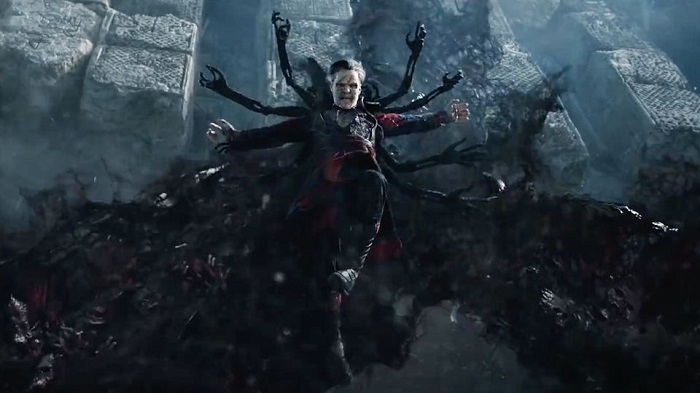 Now let's talk about the merits and demerits of Doctor Strange in the Multiverse of Madness as a movie, and how they stack up against audience expectations. After all, there could be something not right with the content when a Marvel movie saw a huge drop after earning Rs 79 crore in its opening weekend.

As a reviewer, I found Doctor Strange in the Multiverse of Madness to be a decent and enjoyable Marvel movie, fun as long as it lasts. Sam Raimi also brought in some of his grisly horror trademarks, that remain the best part of the film, while challenging its general audience rating. However, like with Eternals, Doctor Strange in the Multiverse of Madness (far more enjoyable in comparison, though) suffers from being trapped of being both a film of a director who has his or her quaint touches and a Marvel movie, and struggles to do justice to both in many portions. The central conflict feels rushed, especially Elizabeth Olsen - who is excellent in her role - turning Wanda Maximoff into a murderous Scarlet Witch (will come to her in some time) didn't go down well with everyone. Even the much talked about Illuminati scene, featuring some notable cameos, has left many with mixed reactions. Before Doctor Strange in the Multiverse of Madness, 10 MCU Movies That Trolled Marvel Fans With Their End-Credits Scenes.

Doctor Strange 2, while having some excellent directed scenes (the musical fight scene, and Professor X in Wanda's mind scene stand out) and incredible visuals, lacked massy moments that needed to click with our audience, who are on a high on them after No Way Home, RRR and KGF 2. Some of the movie's more cheery moments aren't that well-earned, and it lacks sequences that would bring out the same impact as Thor arriving in Wakanda in Avengers: Infinity War, Captain America wielding Mjolnir in Avengers: Endgame and the three Spider-Men flying together in Spider-Man: No Way Home.

Returning to Wanda, I spoke to a few people who went to watch Doctor Strange in the Multiverse of Madness. They aren't hardcore Marvel fans, but they have been diligently following the movies in the Marvel Cinematic Universe. There is the catch - 'movies. Many of them haven't followed up on the Disney+ shows that are connected to the MCU, which MCU chief Kevin Feige had been reiterating all along that they are all important. I remember when I went to watch No Way Home in a nearby theatre, there was a muted response to Charlie Cox cameoing in as Daredevil/Matt Murdock with only a couple of recognisable 'haw's. Compare that to Andrew Garfield jumping out of the portal, and you know what I am talking about. 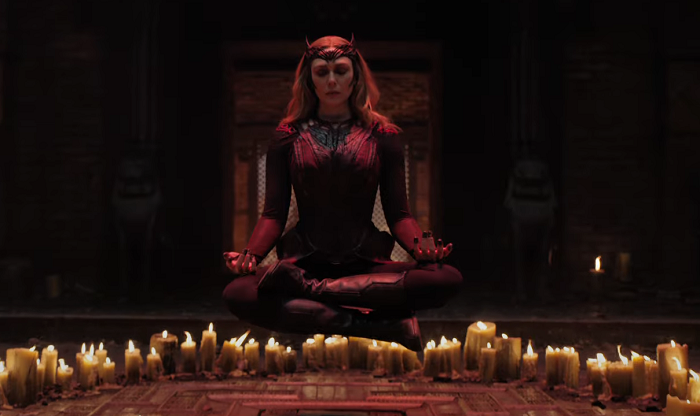 For people to understand certain character motivations and turns in Doctor Strange in the Multiverse of Madness, it is important to do some homework with their shows. Like, how many of the Indian viewers know the existence of show called Inhumans. At least this reviled Marvel show only contributed to a cameo in DS2, but you really need to brush up on WandaVision to understand what, how and why Wanda is doing stuff so uncharacteristic of her from her earlier MCU movie appearances. And if you do, you might question where the hell has White Vision gone. If you have binged on What If...? and Loki, then that  would be an added advantage.

Here lies the biggest problem with Doctor Strange in the Multiverse of Madness connecting with an audience that isn't consisting of hardcore Marvel fans. Marvel Studios wants to assume that the audience have done their watching assignments before coming for the movie, and it also expects an accomplished filmmaker like Sam Raimi to also stick to that format. While Raimi revels in the scenery, it comes at the cost of a screenplay that tries to connect a lot of dots, but instead the threads get jumbled up. Doctor Strange in the Multiverse of Madness Ending Explained: Decoding Climax, Post-Credit Scenes and Star-Cameo in Benedict Cumberbatch's Marvel Film!

Last but not the least, I want to return to the argument for Marvel fatigue. I remember reading a tweet where the writer laments that there was a time when you used to get goosebumps watching a Marvel logo coming on the big screen, but nowadays that feeling has lost, because you see the same logo on a weekly basis at your homes. So yes, there is a fatigue, but there is still hope and love for the franchise. But Marvel Studios do need to introspect about their offerings after Phase 3. Both Black Widow and Eternals disappointed. Shang-Chi was much-liked but was a decent performer in India, No Way Home was a blockbuster and Doctor Strange 2 is doing well but not as per expectations. This isn't a report card that Marvel could be proud of, post how well it has been doing since the underwhelming Thor: The Dark World. Time for Marvel to take Cap's advice and 'walk it off' the mixed bag results, and try to make their upcoming movies more director-friendly and audience-spirited. Have pretty heavy bets on Thor: Love and Thunder to pull that off!

PS: I am also pretty convinced that some Indian fans are disappointed that neither Deadpool nor Tom Cruise appeared in the movie. Blame it on those over imaginative leaks!

(The above story first appeared on LatestLY on May 11, 2022 05:36 PM IST. For more news and updates on politics, world, sports, entertainment and lifestyle, log on to our website latestly.com).