The ending puts Stephen Strange (Benedict Cumberbatch) in a situation that is set up perfectly, and going forward, will make the stakes of his character really high. It also features a great cameo in the mid-credits scene that definitely adds some extra A-list talent to the MCU. 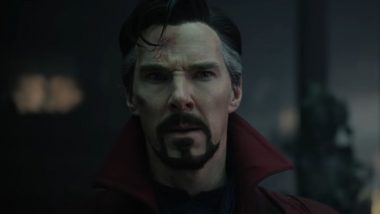 We have finally entered the multiverse as the latest instalment in the Marvel Cinematic Universe is out in cinemas right now. Doctor Strange in the Multiverse of Madness features the entire might of the multiple universes and takes us on a journey that’s exhilarating and extremely bonkers, which is further boosted by Sam Raimi’s direction. It has some mind-bending visuals that will definitely leave you in awe, and features some of MCU’s craziest sequences. Also, a fair warning, this post will contain spoilers. Doctor Strange in the Multiverse of Madness Movie Review: Benedict Cumberbatch’s Marvel Film Revels in Sam Raimi’s Horror Vibes and Elizabeth Olsen’s Scarlet Witch Act (LatestLY Exclusive).

Doctor Strange in the Multiverse of Madness ends on a note that will change everything about the Doctor Strange mythos. It puts Stephen Strange (Benedict Cumberbatch) in a situation that is set up perfectly, and going forward, will make the stakes of his character really high. It also features a great cameo in the mid-credits scene that definitely adds some extra A-list talent to the MCU. With that being said, here is the ending of Doctor Strange in the Multiverse of Madness explained.

Stephen Strange dreamwalks as his corpse in the main 616 timeline to defeat Wanda (Elizabeth Olsen). Using the Darkhold, Strange travels to the mountains where Wanda has kept America Chavez (Xochitl Gomez). Being able to tame the spirits of the damned, Strange, unleashes the full might of their power and fights Wanda, but ultimately, she is able to get the upper hand on him.

Chavez then realises that she has to use her power to defeat Scarlet Witch and punches out a star that brings her to the universe of the Wanda she had previously taken control of. Seeing that her children are scared of her, Wanda breaks down and sees their mother walk up to her, who tells them that they are happy and safe. Wanda then returns back to mountain and destroys it while Chavez and Wong escape from there. 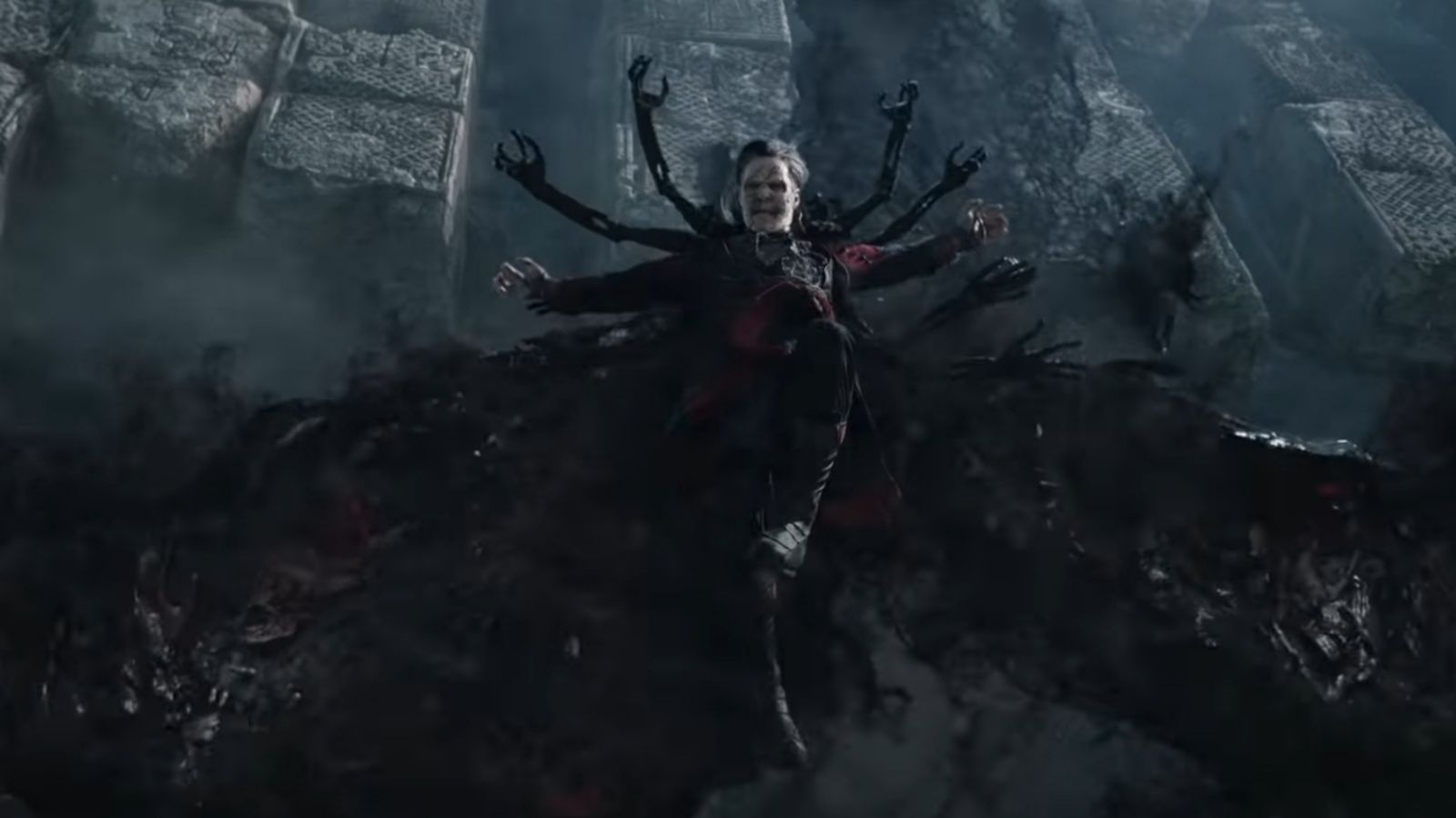 A Still From Doctor Strange in the Multiverse of Madness (Photo Credit: YouTube)

In the different universe, Strange and Christine have one final conversation as Strange tells Christine that he never stopped loving her, and transports back to Earth-616 with the help of Chavez. We see Kamar Taj being restored as Chavez is being trained to be a sorceress. Strange and Chavez share one final conversation with him saying that her parents would be proud.

Strange then returns back to the Sanctum Sanctorum and goes out for a stroll when suddenly his head starts aching. The movie then ends with it being revealed that he has a third eye now.

Strange is strolling around the street when suddenly he is greeted by Clea (Charlize Theron). Over there he is notified of an incursion with her asking his help. Strange agrees to do so as his third eye opens up and both escape through a portal.

We finally see Bruce Campbell’s Pizza Poppa stop punching himself. He breaks the fourth wall and let’s the audience know then that the movie is over.

Who Was That in the Mid-Credits Scene?

Now the first question you will have coming out of the movie will be that exactly who was that in the mid-credits scene? Well, we have an answer for you. Charlize Theron plays the role of Clea, and her introduction to the MCU can have some major implications to the cosmic side of it.

In the comics, Clea is the daughter of Umar, the sister of the villainous Dormammu. As you may remember, we last saw Dormammu back in Doctor Strange when he eventually left Earth alone after a bargain with Strange.

The Dormammu Scene From Doctor Strange:

Clea is basically a sorceress from the Dark Dimension. In the comics she also becomes the successor of Doctor Strange and takes up the mantle of the Sorceress Supreme. She is also the eventual future wife of Strange, although not exactly sure if that concept will be explored in the MCU.

How is a Sequel Set Up Here?

Clea mentions that an incursion is about to take place, and an incursion in the Marvel universe occurs when two Earth’s collide with each other, which lasts eight hours each. Incursion was also mentioned by Reed Richards earlier in the film.

If possible, we may see Clea and Doctor Strange team up the next time to fight an incursion. It also looks like that Dormammu might be behind it because we do get a brief glimpse of the Dark Dimension when Clea opens up the portal.

There is also the matter of Strange’s third eye being open now. Earlier in the film we learned that anyone who used the spells in the Darkhold becomes corrupted, and that’s what causes the multiversal variant of Strange to be the way he is. Doctor Strange In The Multiverse Of Madness Star Benedict Cumberbatch Says Shah Rukh Khan Will Make A ‘Great’ Addition To The Marvel Cinematic Universe.

We aren’t sure if our main Doctor Strange will become corrupted like him, but the third eye being open basically calls for some pretty bad news. But anyways, an incursion is on its way, there is already something extremely crazy on the horizon.

Doctor Strange in the Multiverse of Madness is playing in theatres right now.

(The above story first appeared on LatestLY on May 06, 2022 09:30 AM IST. For more news and updates on politics, world, sports, entertainment and lifestyle, log on to our website latestly.com).