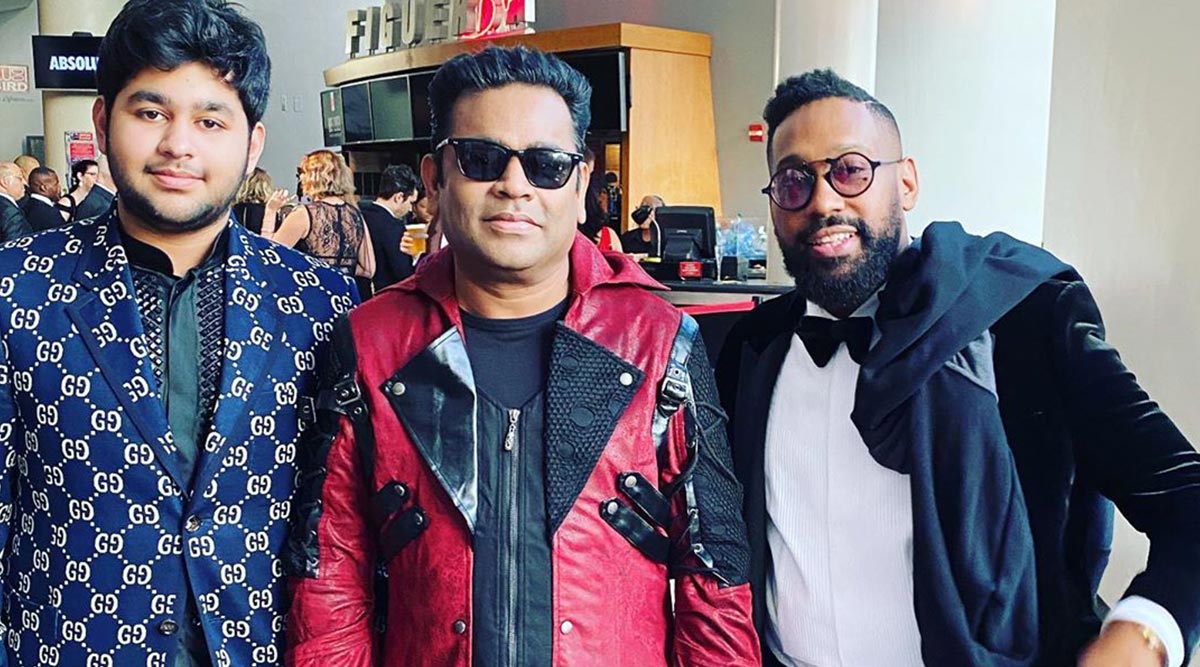 AR Rahman was spotted at the Grammys 2020, and the music maestro had been loading Instagram with posts and updates from the gala. From sharing videos of artiste performances to a sneak peek of his Grammys look, Rahman has shared several moments from the ceremony. But it's his picture with singer PJ Morton, who is a part of the pop band Maroon 5, that has grabbed maximum eyeballs. Grammys 2020: Demi Lovato Gets Standing Ovation for Performing Her New Song ‘Anyone’ (Watch Video)

Rahman, who turned out in a long red leather coat, is seen standing between his son Ameen and Morton in the image. He mourned the demise of NBA legend Kobe Bryant, and also shared a glimpse of the tribute from the ceremony. Grammys 2020: Nick Jonas’ Teeth Become Talking Point After Twitterati Spot ‘Greens’, Singer Responds To Funny Memes With A Sassy Tweet.

"RIP Kobe!" he wrote on Instagram. The 62nd annual Grammy Awards took place on Sunday here. In India, the ceremony was aired on Monday morning on VH1.