Grammys 2020: Jonas Brothers Tease New Song 'Five More Minutes' Along With A Performance Of 'What A Man Gotta Do' (Watch Video) 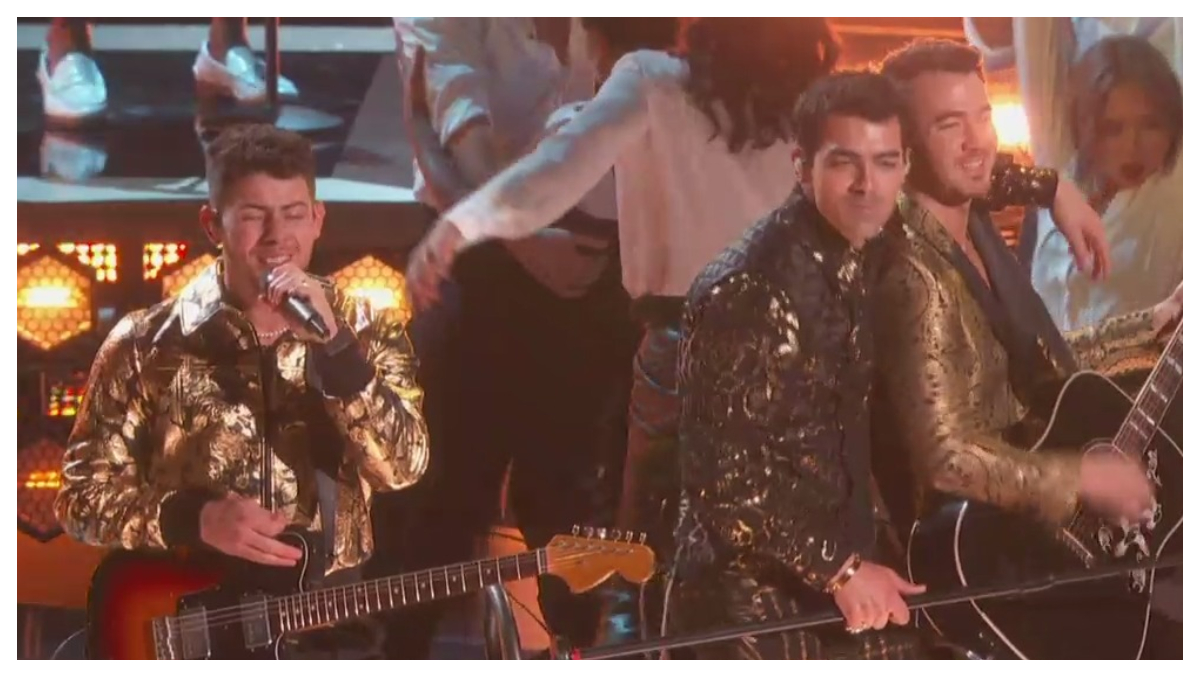 Grammys 2020 is going on in full swing at the Staples Center in LA. The show opened with a tribute to late basketball player Kobe Bryant with tributes from Alicia Kays, Boyz II Men and Lizzo. Now, the performances are rolling in. Recently reunited band of brothers Jonas Brothers took on the stage to perform a medley of their songs. They hopped and skipped down the aisle singing their song, 'What A Man Gotta Do'. Kevin Jonas even found a wee bit of time to kiss his wife Danielle. How cute. We have seen Nick Jonas kiss his wife Priyanka Chopra in the middle of a set in the past. Grammys 2020: Host Alicia Kays and Boyz II Men Pay Tribute to Late Kobe Bryant With a Rendition of It’s So Hard to Say Goodbye to Yesterday.

The trio, including Joe Jonas, also teased the audience with a brand new song which is yet to be released. The number titled, 'Five More Minutes' sounded like a beautiful, mellow melody which is all about mushy romance. Quite on brand with the brothers. The song might be the one that the trio composed as part of a five-minute challenge during their recent appearance at the Late Night show with Seth Meyers. What A Man Gotta Do Vs Original: Jonas Brothers' Song Ft Priyanka Chopra Pays Tribute To Classic Hollywood Movies (Watch Videos).

Check Out The Video Of Jonas Brothers' Performance Here:

Here Is A Video of Kevin Jonas Kissing His Wife:

The performance was so awesome that the crowd gave Jonas Brothers a standing ovation along with thundering applause. The trio had teased that they will be playing something new at the Grammys 2020 when they appeared on Ellen DeGeneres' show last week. The Jonas Brothers are nominated in the pop/duo group performance category for 'Sucker'.