Happy Birthday Charlie Hunnam: 5 Quotes From His Interviews That Prove the Actor’s Love for Cinema

Seeing his career graph, it is very evident that the actor chooses his projects very wisely. He put all his efforts into his characters and make them look really real on the screen. 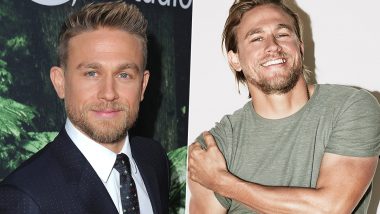 Happy Birthday Charlie Hunnam (Photo Credit: Instagram)
Actor and screenwriter Charlie Hunnam needs no introduction. The actor who started acting at the young age of 17, has done some marvellous work on the screen. He worked as a model for quite a while before bagging his first major role at age 18. He was cast by Russell T Davies as 15-year-old schoolboy Nathan Maloney in Queer as Folk. He then bagged a role as Daz in the film Whatever Happened to Harold Smith? and became more serious about working in films. The Gentlemen: Charlie Hunnam Reveals What It Was Like Working With Director Guy Ritchie on This Matthew McConaughey Starrer Crime Caper.
He is best known for his roles as Jackson "Jax" Teller on Sons of Anarchy. Charlie even bagged two Critics' Choice Television Award for Best Actor nominations for the show as well. His film work includes the title role in Nicholas Nickleby, Pete Dunham in Green Street, Raleigh Becket in Pacific Rim, Percy Fawcett in The Lost City of Z, the title role in Guy Ritchie's King Arthur: Legend of the Sword, and Raymond Smith in The Gentlemen. Shantaram: Radhika Apte to Star Along With Charlie Hunnam and Richard Roxburgh in Apple TV’s Upcoming Series.
Seeing his career graph, it is very evident that the actor chooses his projects very wisely. He put all his efforts into his characters and make them look really real on the screen. His love for cinema is very obvious and we get a glimpse of his passion during his interviews as well. He always has something new to talk about in films and acting. Today the actor is celebrating his 41st birthday, so we decided to take a look at some of his interviews and pick a few very interesting excerpts from it that prove his love for films. Check it out:
“I was a slightly melancholy child and I think films were a way of escaping for me.” 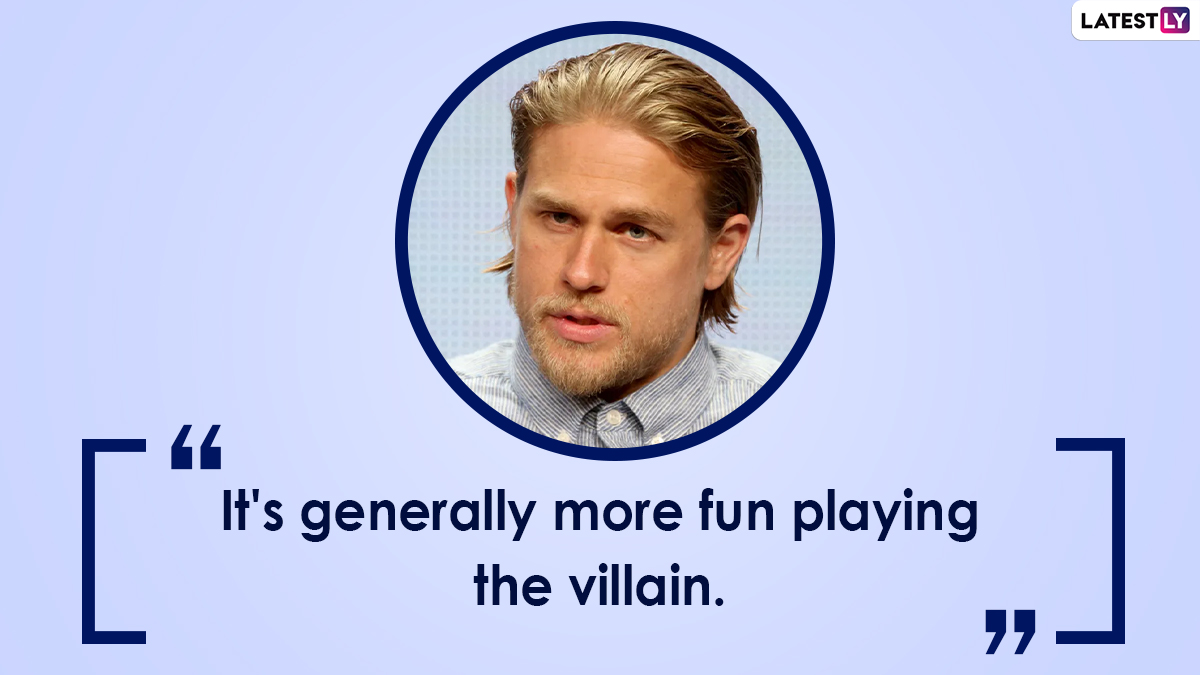 Quote by Charlie Hunnam (Photo Credit: Instagram)
“I'm happy being an actor, it's what I have always wanted to do. I'm just lucky I got to do it so early.” 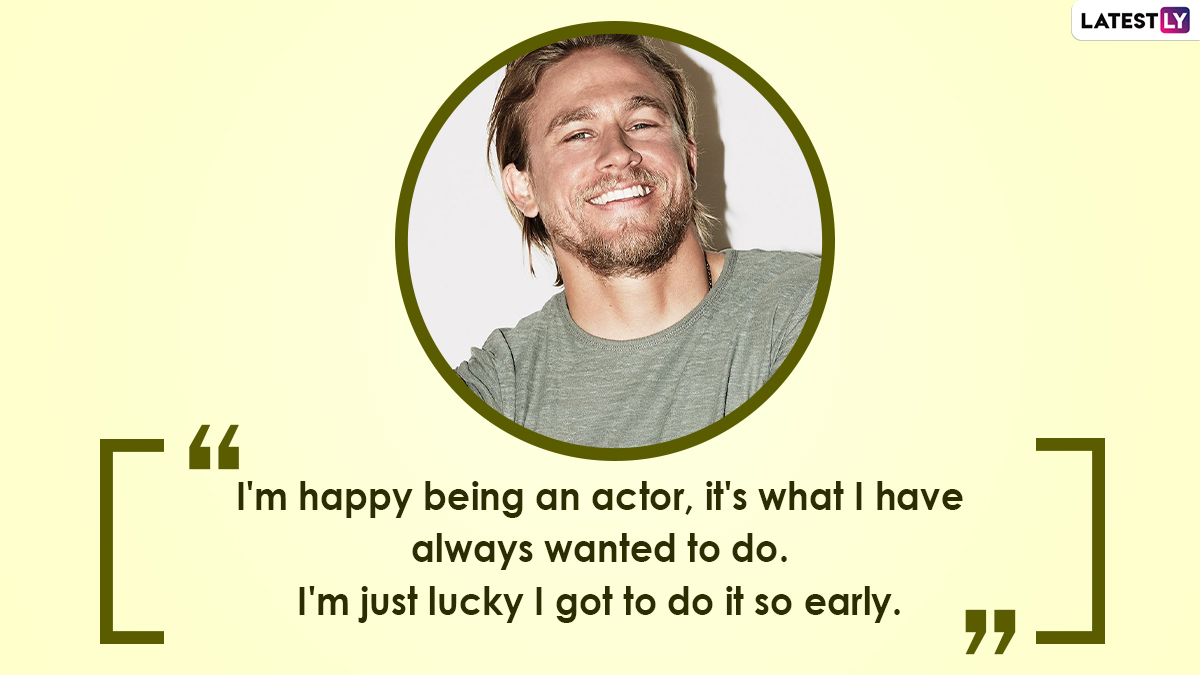 “I always think it's better to take a smaller role in a great film rather than a leading role in something that you don't have complete faith in.” 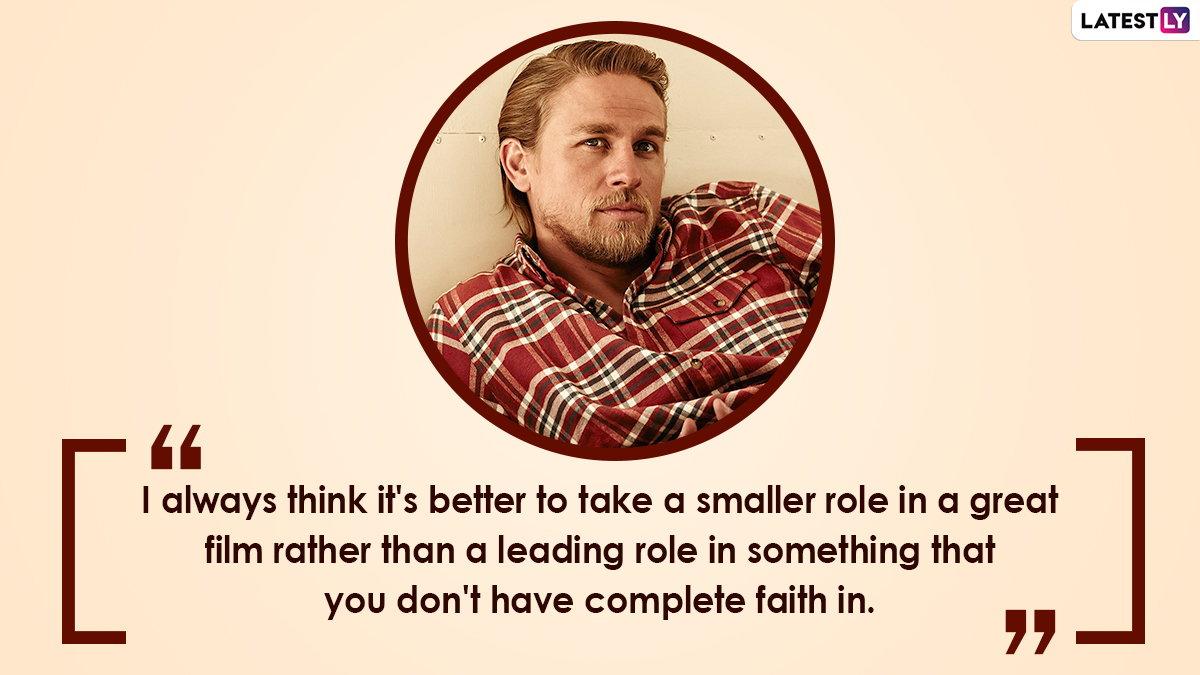 Quote by Charlie Hunnam (Photo Credit: Instagram)
“In the early part of your career you are always compared with somebody until you can stand on your own two feet” 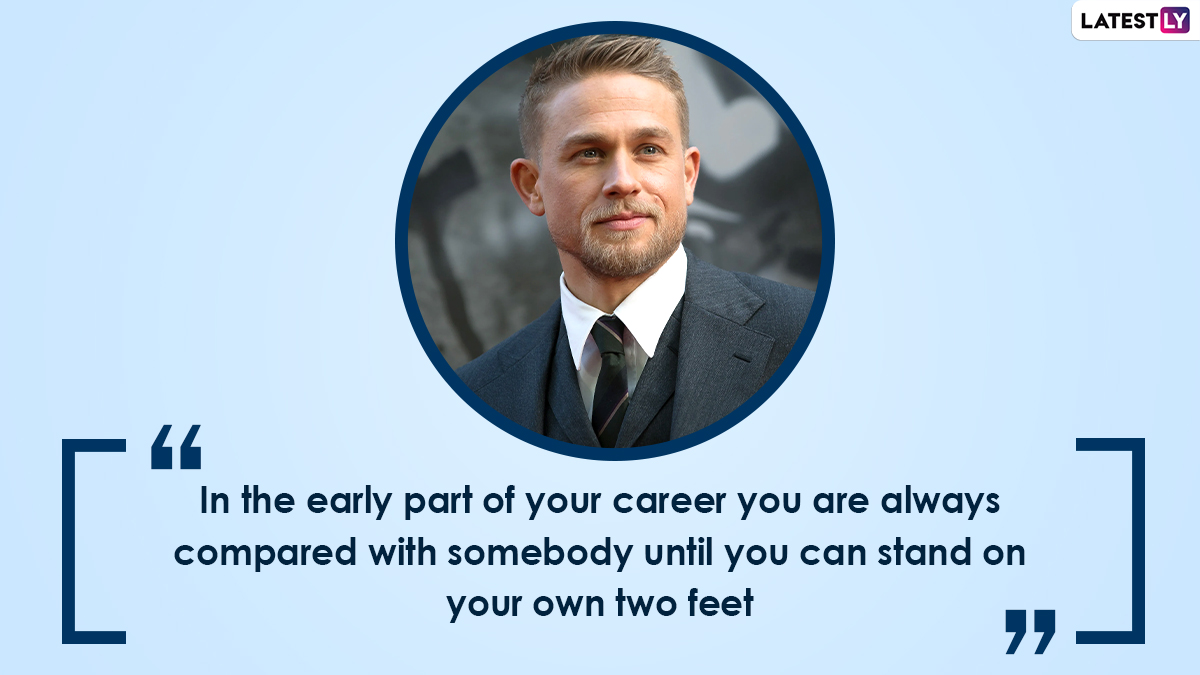 Charlie Hunnam is a master of his craft and will be soon seen in promising projects like Last Looks. Join us in wishing the actor a very happy birthday.

(The above story first appeared on LatestLY on Apr 10, 2021 11:25 AM IST. For more news and updates on politics, world, sports, entertainment and lifestyle, log on to our website latestly.com).