Jeff Goldblum Birthday Special: From Jurassic Park to Thor Ragnarok, 5 of the Actor’s Most Iconic Films

Jeff Goldblum is an American actor who is famous for starring in films like Jurassic Park, Thor: Ragnarok and Independence Day. 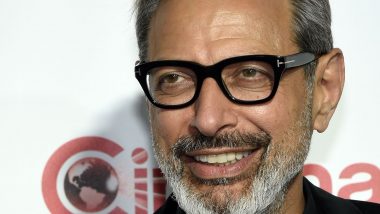 Jeff Goldblum is a treasure of an actor in so many ways. The energy that he gives out in an environment is so infectious that it is hard not to fall in love with him. A real master of his craft, Jeff Goldblum is amazing in whatever he does. With just how weird and wholesome his personality in general is, the same translates on screen and creates for some very interesting characters.

Goldblum has starred in many classic franchises throughout the years and has a really iconic filmography. So to celebrate Jeff Goldblum’s 69th birthday, we are taking a look at five of his most iconic films.

Goldblum has frequently collaborated with Wes Anderson throughout his career, and this was another home run. Isle of Dogs is a stop motion animated film that sees all the dog population of a city being banished to the trash island, and the journey of a boy to find his dog. It was a great heartwarming film that featured an all-star voice cast and some really good animation.

Perhaps the most acclaimed comedy of the last few years, The Grand Budapest Hotel follows a famed concierge and his prodigy as they try to escape the law after being wrongfully framed. Jeff Goldblum plays the role of lawyer Vilmos Kovacs who has quite a lot of fun scenes in the film. I did feel bad for his cat though, a lot.

This is a pure popcorn filled blockbuster that will make sure that you have a good time. Independence Day is a campy sci-fi film that checks off all the points of an entertaining film. Featuring Goldblum and Will Smith in the lead as they team up to take down an alien spaceship hell bent on destroying Earth.

Thor: Ragnarok was a great revival for the Thor franchise as it made it more fun and vibrant. A riot of laughs from start to finish, Ragnarok saw Thor try to prevent Ragnarok while battling the villainous Hela. Goldblum plays the role of Grandmaster, the ruler of Sakaar, and it's mostly Jeff Goldblum being himself, which honestly I am not complaining about at all.

Perhaps his most well-known and most iconic film, Jurassic Park, saw him play the role of doctor Ian Malcolm. It sees a group of scientists brought to a park filled with genetically engineered dinosaurs, hell breaks loose as dinosaurs escape their paddocks and terrorise the island. It was a great dino fest that pushed what could be done with practical effects.

I for one honestly can’t wait to see Jeff Goldblum reprise his role again in Jurassic World: Dominion. With this we finish off the list and wish Jeff Goldblum a very happy birthday.

(The above story first appeared on LatestLY on Oct 22, 2021 09:10 AM IST. For more news and updates on politics, world, sports, entertainment and lifestyle, log on to our website latestly.com).